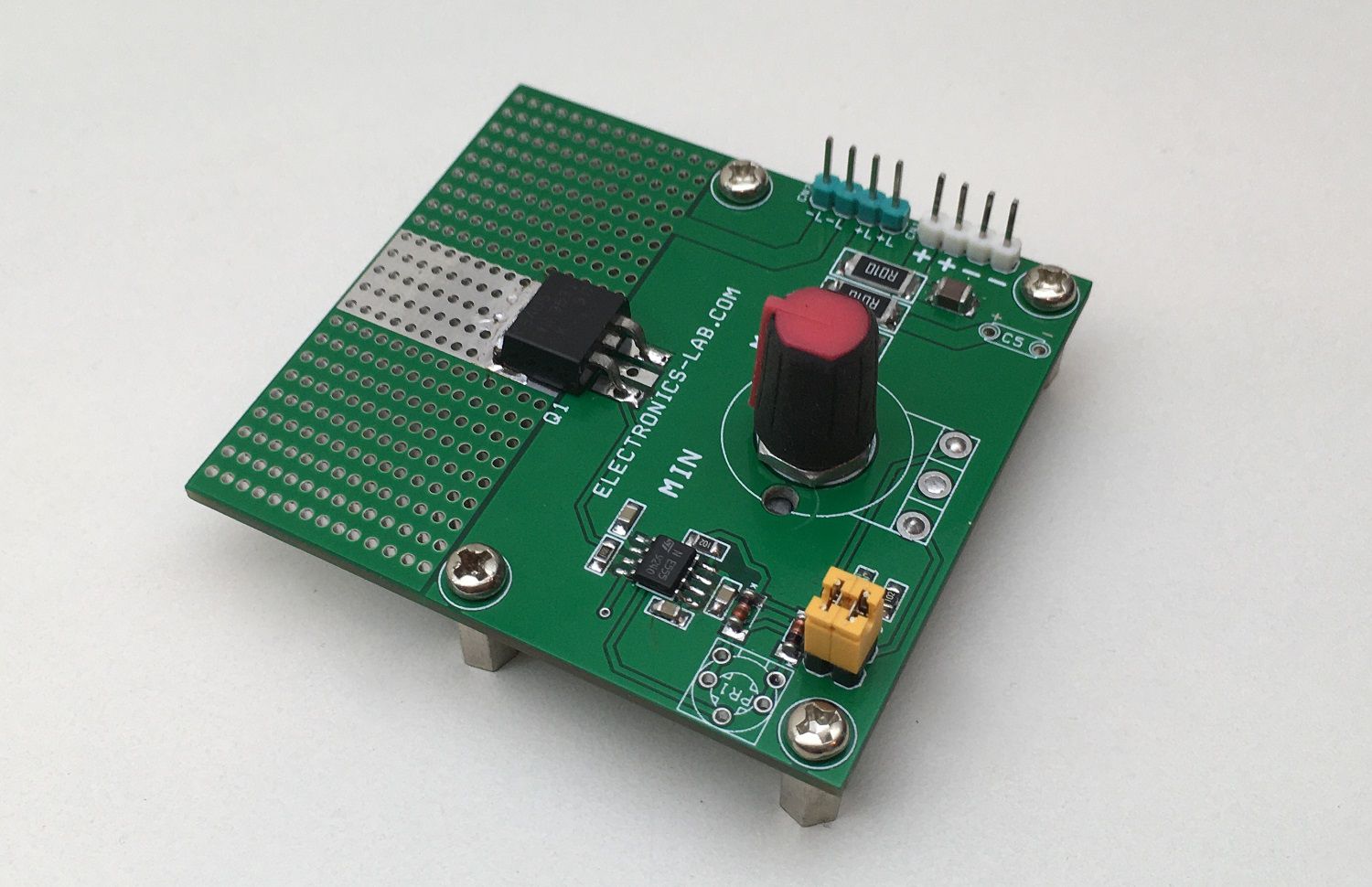 The project shown here is a cheap 60W LED dimmer for 12V LEDs/12V LED strips. The circuit is based on the very popular, versatile, and low-cost 555 timer IC, NE555 IC generates a PWM signal and IRF540 MOSFET works as output driver for the LEDs. In this circuit the 555 IC used in an astable multivibrator configuration to generate the PWM, by controlling the charging and discharging of the timing of capacitor C3, using D2, D3 and PR1. Potentiometer R7 is provided to control the intensity of LED connected to connector CN2, Connector CN1 provided to power the project with 12V DC. D1 is power indicator LED. Large thermal area provided as heatsink to cool down the MOSFET. The circuit can drive a load up to 36W (12V X 3Amps) in normal room temperature, and a load up to 5A requires forced air cooling for MOSFET Q1. D1 power LED, CN1 Power supply input, CN2 LED connections. R7 Potentiometer to control the intensity of LED.