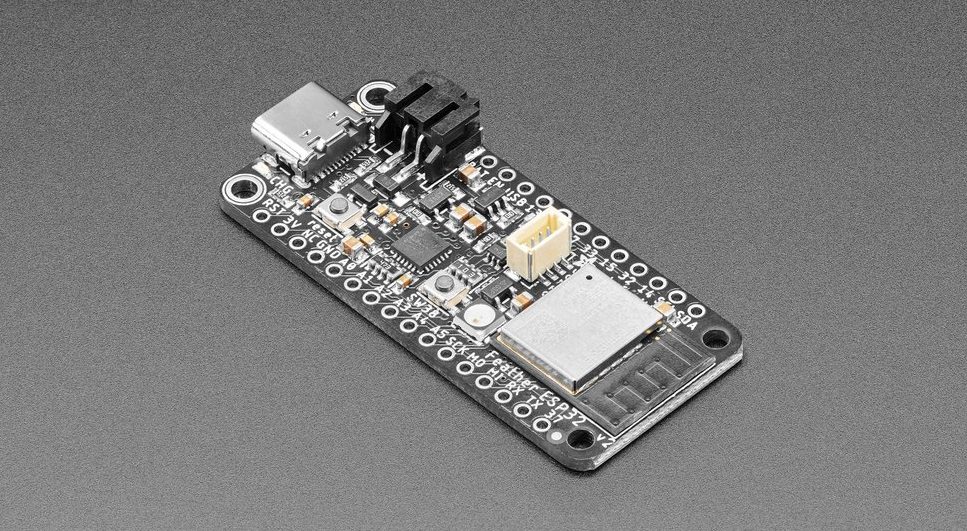 For over four years, we have seen the success of the Adafruit HUZZAH32 Feather board, which is still available for purchase on the Adafruit e-store. With its success comes the need to refresh and redesign to provide more functionalities to the board. Similarly, but not, in particular, Adafruit came across a problem with out-of-production Silicon Labs’ CP2104 highly integrated USB-to-UART bridge controller. Starting from here, the team ended up redesigning the full PCB and releasing version 2.0 of the original Adafruit HUZZAH32 Feather board– Adafruit ESP32 Feather V2.

Other than replacing Silicon Labs’ CP2104 with CP2012N USB-to-UART bridge controller, the new ESP32 board will feature an upgraded 8MB flash storage and 2MB PSRAM. The original Feather board had no PSRAM and limited 4MB of flash storage, which is seen as one of the major improvements. Adding a user button tactile switch, NeoPixel mini RGB LED, STEMMA QT port are seen as essential enhancements. STEMMA QT is a 4 pin JST SH, as a smaller 1.0mm pitch connector using I2C communication for plug and play capabilities to interface external modules and sensors. To reduce the power consumption for external sensors, there is a separate controllable 3V3 power supply for the STEMMA QT.

At the heart of the Adafruit ESP32 Feather V2 comes the ESP32 Pico Mini module featuring the classic ESP32 dual-core Xtensa processor with an adjustable clock frequency of 80 to 240MHz.

“The chip also has a low-power coprocessor that can be used instead of the CPU to save power while performing tasks that do not require much computing power, such as monitoring of peripherals.”

The ESP32 Pico Mini module also supports wireless connectivity of 2.4GHz Wi-Fi and Bluetooth with the BLE module. The bit rate for Wi-Fi 802.11n is up to 150 Mbps and the center frequency range of the operating channels is 2412 to 2484 MHz. 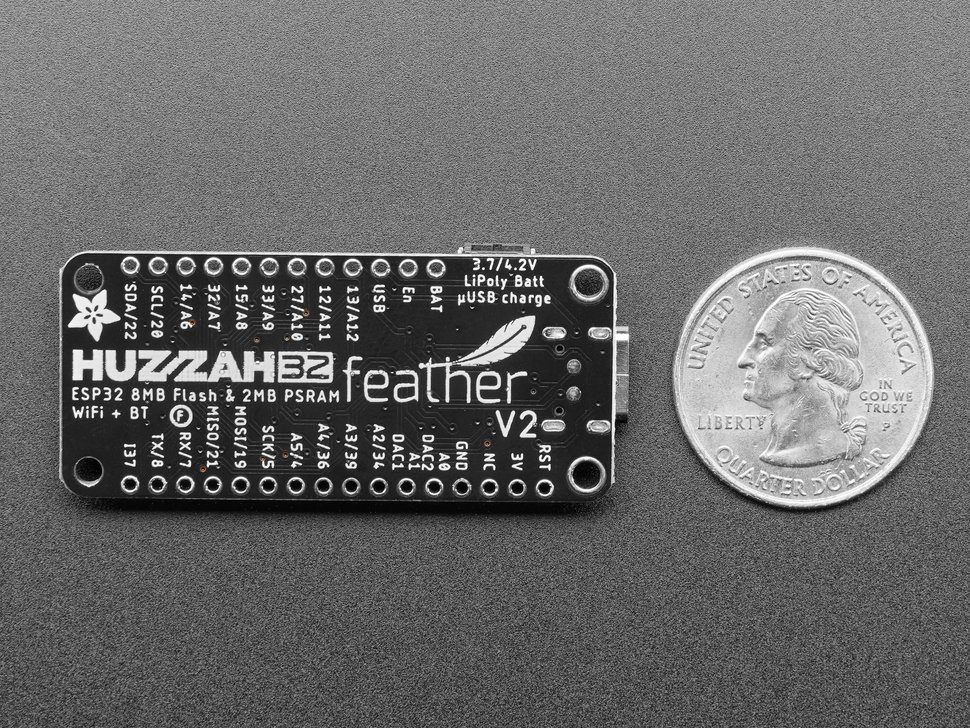 In terms of peripherals, the module supports an SD card slot for expanding storage and serial communication such as UART, SPI, and I2C. Others include LED PWM, Motor PWM, I2S, IR, pulse counter, GPIO, capacitive touch sensor, ADC, DAC, two-wire automotive interface, and Ethernet MAC. The favorite power supply mode of the USB Type-C port is brought onto the new Adafruit ESP32 Feather V2 instead of the USB Micro B present on the original Adafruit HUZZAH32. Other power options include the LiPoly battery that has two 200k resistor dividers and built-in battery charging when powered over a USB Type-C port.

Complete redesign of the Adafruit HUZZAH32 Feather board looks interesting for low-power IoT applications such as video streaming, speech recognition, image recognition, home automation, smart agriculture, and wearable electronics. With all the major improvements from the onboard module to flexibility in power supply options, the manufacturer has given more customizable features for the developers to choose from. Also, the onboard STEMMA QT port has given added functionalities to interface hundreds of new modules and sensors to design applications that were never done before.

I’m amazed they didn’t give this the castilated edge board so snap pins could be used.