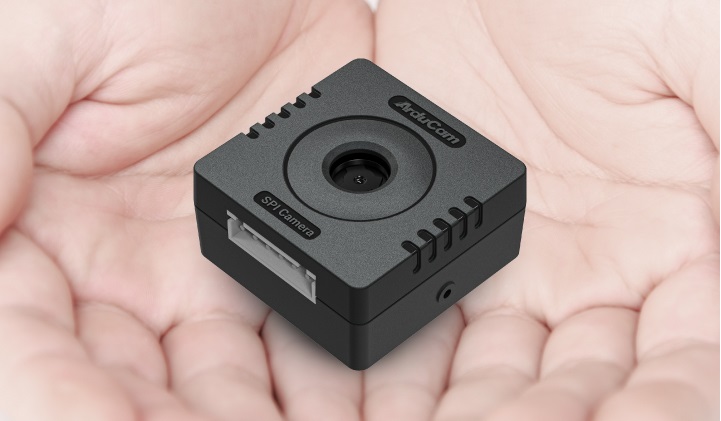 Arducam Mega– One camera module for all microcontrollers

Arducam recently announced an exciting camera module for Raspberry Pi with an active time-of-flight sensor with an enhanced 3D imaging capability. The new module was crowdfunding on Kickstarted with a discounted price of $29.99 and a planned retail price of $50.00.

The company claims that Arducam Mega is a product of 10 years of innovation. Since Arducam launched a camera module for a microcontroller, to this date, the company has been producing breakthroughs in camera modules, celebrating its 10th year anniversary with the launch of Arducam Mega.

Arducam Mega was launched to make the development of computer vision applications seamless for edge devices. High-level commands are built-in, and in front of the user, the only left is the simplest interface. The launch comes intending to make computer vision hardware easier.

As mentioned in the title of this article, Arducam Mega is one camera solution for all your needs. The device fits any microcontroller with a standard SPI interface. These microcontrollers can be 8-bit, 16-bit, 32-bit, RISC-V, or any other. Arducam Mega requires only six pins to interface and requires no memory to register settings or frame buffers.

Regarding capabilities, the Arducam Mega offers 3-megapixel fixed focus and 5-megapixel autofocus options with a low-profile form factor compared to the predecessors– Arducam Mini. The camera module comes with a default ABS enclosure that allows the user to mount it on any remote hardware device.

Regarding the software aspect, Arducam has provided a complete open-source tool with lean architecture and a hardware abstraction layer allowing the user to add a new microcontroller seamlessly. The high-level commands allow the user to manipulate the camera through API access, like using a DSLR camera with button clicks.

Arducam Mega will soon be launching Kickstarter, and also has a Google Form for those interested in getting a free sample.