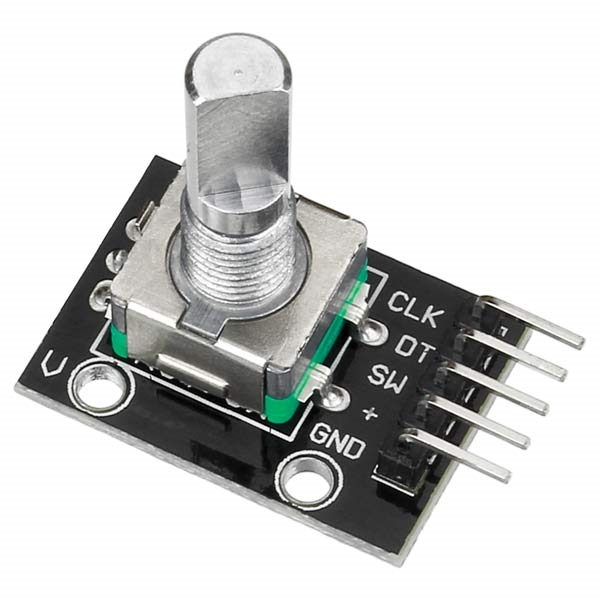 In our last tutorial, we examined how to create a menu for your Arduino project on a Nokia 5110 LCD, with push buttons to navigate through it. In today’s tutorial will build a modified version of it as we will use a rotary encoder (in place of the push buttons) for menu navigation.

A rotary encoder is an electro-mechanical device which converts the angular position or rotation of its shaft or axle to an analog or digital signal. They are used in several systems where precision and feedback in terms of rotational motion or angular position are required. Another good feature of the rotary encoder which is handy for this tutorial is that they come with buttons attached, so it can be clicked by pressing the knob and this is recognized by the Arduino just as it will if it were any other button or switch.

A menu is one of the easiest ways through which users can interact with devices with diverse features. From Smartphones to PCs and even TVs, it is used in almost every electronic device with a screen and navigating through it is done usually by pressing certain buttons to move up/down, right/left and make selections. However, in some recent smart devices, either for aesthetics or for an improved form factor, a knob-like approach is employed for navigation. For today’s tutorial, we will explain how to create a menu with the same Knob style control, using a rotary encoder.