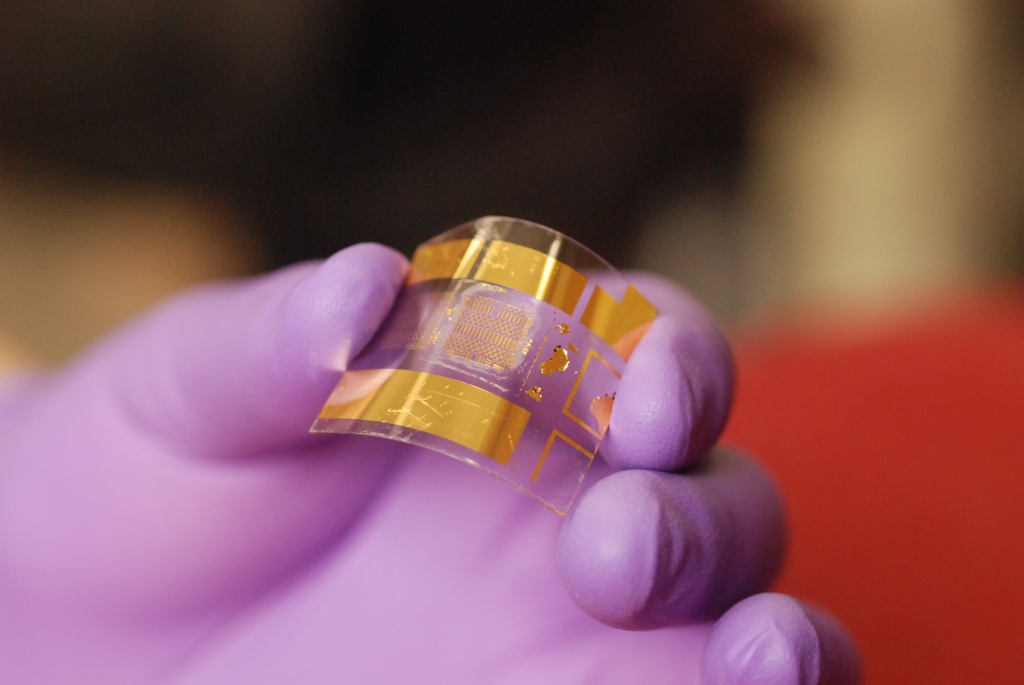 The transistor revolutionized the field of electronics, and paved the way for smaller and cheaper radios, calculators, and computers, among other things since its very first practically implemented device as a point-contact-transistor invented in 1947 and getting the Nobel Prize in Physics in 1956.

Now, engineers from the University of Wisconsin-Madison (UW-Madison) have built the most flexible, fully-functional transistor in the world!  The BiCMOS  (Bipolar Complementary Metal Oxide Semiconductor) thin-film transistor has all current transistor’s characteristics: speed, carrying large current and low dissipation – but it is extremely flexible.

This is an interesting advance that could open the door to an increasingly interconnected world, enabling manufacturers to add smart wireless capabilities to any number of large or small products that curve, bend, stretch and move. Making traditional BiCMOS flexible electronics was difficult, in part because the process takes several months and requires a multitude of delicate, high-temperature steps. Even a minor variation in temperature at any point could ruin all of the previous steps. This fabrication process is not currently as commercially viable for most of applications.

However, the engineers fabricated their flexible electronics on a single-crystal silicon nanomembrane on a single bendable piece of plastic. The secret to their success is their unique process, which eliminates many steps and slashes both the time and cost of fabricating the transistors.

This new electronic has the potential to change the electronic’s industry in a new way. Everything touched by electronics (computers, microcontrollers, sensors…) could be completely flexible due the easily of this new technology to scale up to commercial levels.

The vast majority of transistors are now produced in integrated circuits. A logic gate consists of up to about twenty transistors whereas an advanced microprocessor, as of 2009 and with a cost of just a couple of usd, can use as many as 3 billion transistors. This is the best transistor’s advantage: mass-production with a extremely low cost.

For that reason, the transistor is the key active component in practically all modern electronics. The transistor is on the list of IEEE milestones and many consider it to be one of the greatest inventions of the 20th century.

This new flexible transistor could be in future electronic boards for a flexible electronics development and applications never even seen before. Definitely, the future is now.