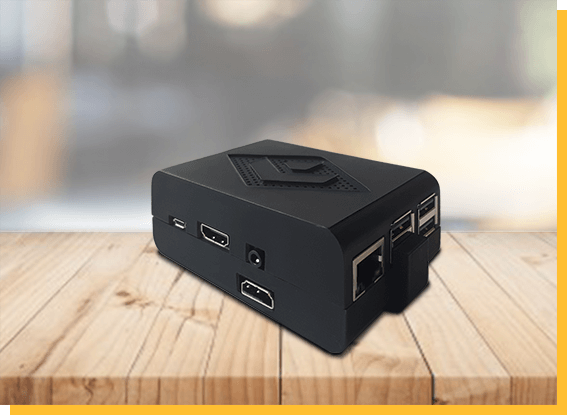 Just after the launch of their C3Pi Thin Client with Raspberry Pi 3 Model B in Aug. 2017, ClearCube has launched a “C3xPi Thin Client” follow-up to its original Raspberry Pi based thin client, which features a faster RPi 3 B+ with GbE , offers dual-band WiFi-ac and a second HDMI port for dual displays and Citrix HDX support.

According to ClearCube, the compact C3xPi Thin Client is the only low-cost, virus-proof, single-case dual monitor thin client in the market. The 0 to 35°C device is equipped with 2x HDMI 3.1 ports for dual simultaneous displays with a 1920 × 1080 video resolution. The second HDMI port is hinted to make use of the Pi’s MIPI-DSI interface since ClearCube has not released a statement on how its “patent pending” technology drives the second HDMI port.

ClearCube supports the Citrix HDX virtual desktop environment, through its Cloud Desktop OS. The Citrix HDX is enabled through the incorporation of the Citrix Workspace Hub and supports hardware-accelerated H.264 decoding for dual monitors. ClearCube says it also lowers CPU consumption by offloading video decompression from its CPU to its native hardware. At 3.75 x 2.31 x 1.25-inch, the device reveals all the ports of the RPi 3B+. One of the 4x USB ports has been replaced to accommodate the second HDMI port. RPi 3B+ enhancements available through here include the faster, 1.4GHz Broadcom BCM2837B SoC. Also available is the new Gigabit Ethernet port, which has faster performance than how it used to perform, but is limited due to its USB interface to 300Mbps.

Additional features include a 1GB LPDDR2 RAM, an 8GB microSDHC card, a 3.5mm audio jack, and a Kensington security slot. The device ships with a 12V power supply and a VESA kit for attachment to the back of a monitor. There is also a 3B+’s faster, a pre-certified wireless module with 2.4GHz/5GHz 802.11.b/g/n/ac and Bluetooth 4.2 BLE available. The C3xPi Thin Client is available for $179.95.