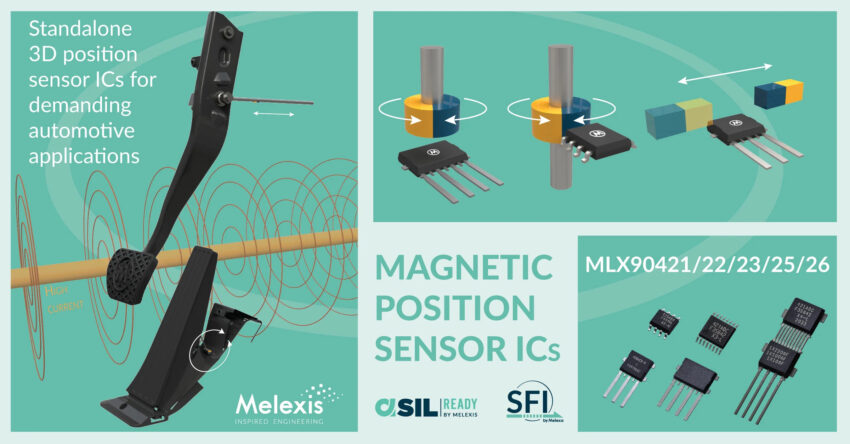 Melexis has expanded its portfolio of 3D magnetic position sensors with the introduction of the MLX9042x series. These sensors are designed for automotive applications that need to measure absolute position accurately in harsh and noisy environments over an extended temperature range. These include powertrain actuators, transmission sensors, pedal position sensors, and chassis sensors. The sensors also can be used in industrial applications.

Building on the MLX9036x product family, the new MLX9042x portfolio delivers a cost-optimized series with all the core features, said the company, along with functional safety and EMC enhancements, an extended improved operating temperature range, and improved stray magnetic field capabilities. 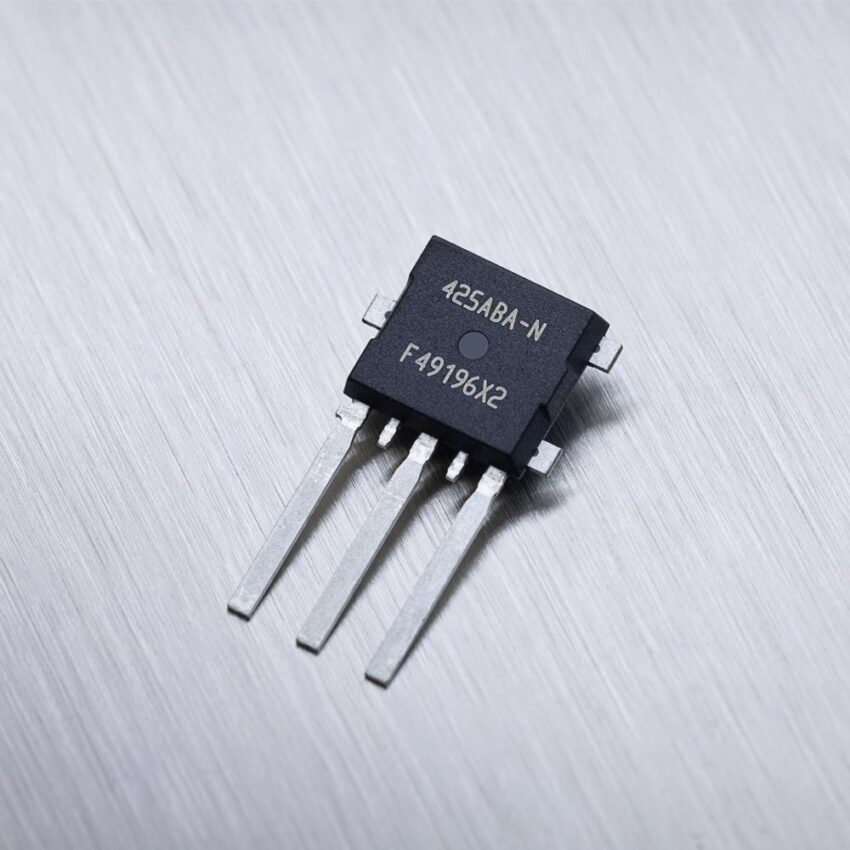 The initial devices in this series are the following:

These devices are ASIL B ready (per ISO 26262), enabling the design of functionally safe actuators and sensors for safe vehicle operation. Dual-die versions are available, in addition to the single-die chips, for applications that require higher levels of safety and availability.The MLX9042x devices offer similar performance as the products in the MLX9037x family to ensure first-time-right EMC testing, said the company, requiring only one test cycle. The high absolute maximum ratings (AMR), including reverse polarity, reduce the number of quality incidents due to electrical overstress, according to the company.

The 3D magnetic position sensors feature an extended temperature range of -40°C to 160°C. This allows the devices to operate in hot environments, including engine compartments or where start-stop conditions cause increased heat soaks.

The MLX90423, MLX90425 and MLX90426 sensors also offer improved stray magnetic field capabilities. These devices are capable of rejecting stray magnetic fields up to 5 mT or 4000 A/m in rotary and linear position sensing applications.The AEC-Q100-qualified MLX9042x devices can be supplied in SMD packages or in SMP-3 and SMP-4 PCB-less packages (where the sensor and EMC capacitors are integrated into a single mold). Samples are available for the MLX90421/22 in SOIC-8/TSSOP-16/DMP-4/SMP-3/SMP-4 packages and the MLX90425/26 in SOIC-8/SMP-3 packages (more to come later). The MLX90423 will be available for order in November 2022. The company expects to add other products in the future.