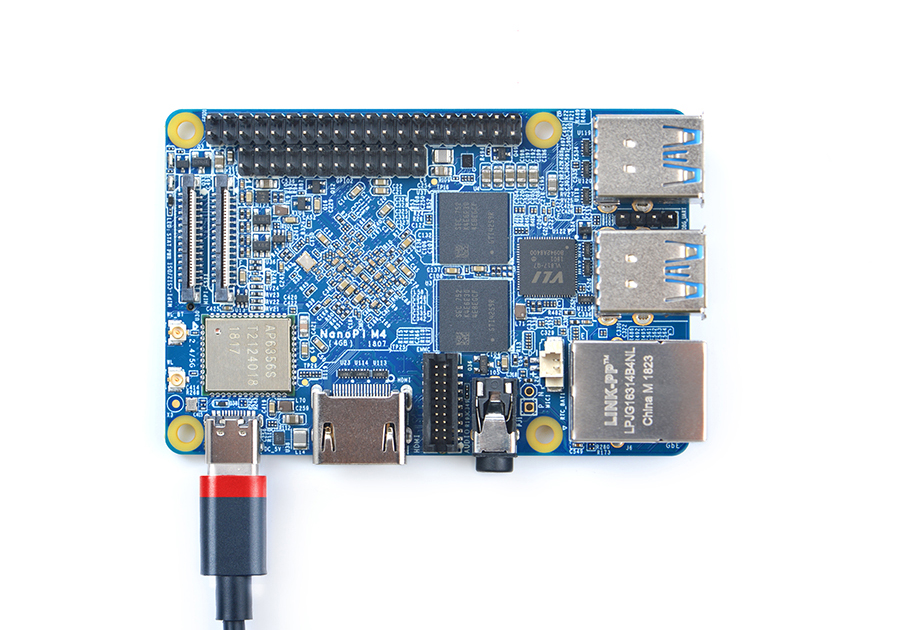 FriendlyElec has launched the NanoPi M4. It is one of the smallest, most affordable Rockchip RK3399 based SBC yet. The NanoPi M4 has essentially the same layout as the latest Raspberry Pi 3 Model B+ and has all of its stand out features. Aside from the different processor, this is a very close resemblance of the RPi 3 B+ except for the lack of PoE support on the GbE port.

On the other hand, it has a faster, native GbE port instead of the RPi 3 B+’s USB-based connection. Like the B+, it has dual-channel 802.11ac on the WiFi/Bluetooth module. 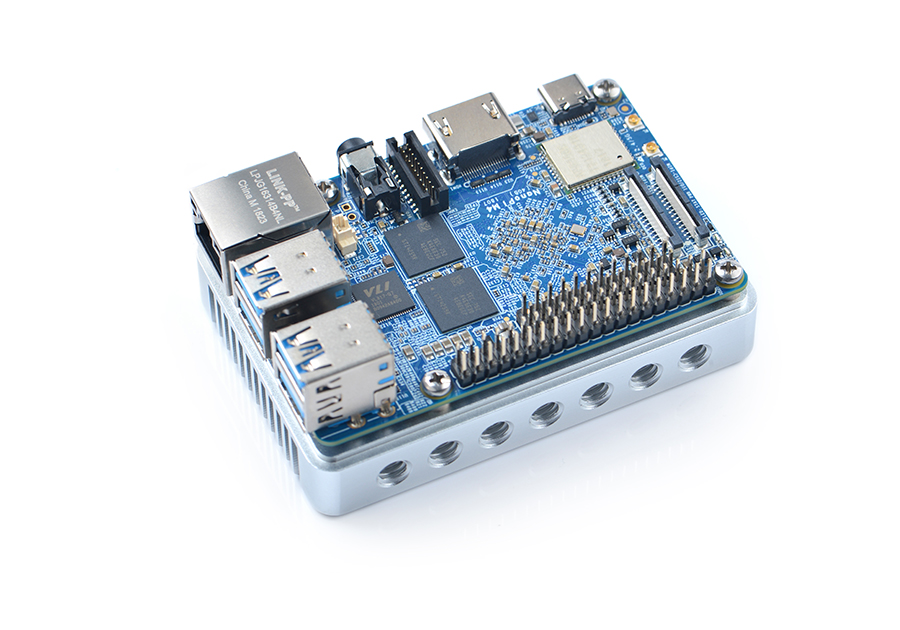 Specifications for the NanoPi M4: 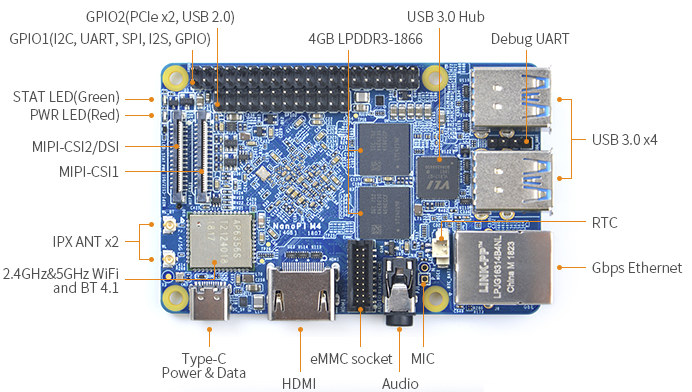 The NanoPi M4 with 2GB RAM is available now for $65 (for first 300 units), otherwise, the price is $75. The 4GB version costs $105. More information may be found at FriendlyElec’s NanoPi M4 shopping page, wiki, and GitHub page.