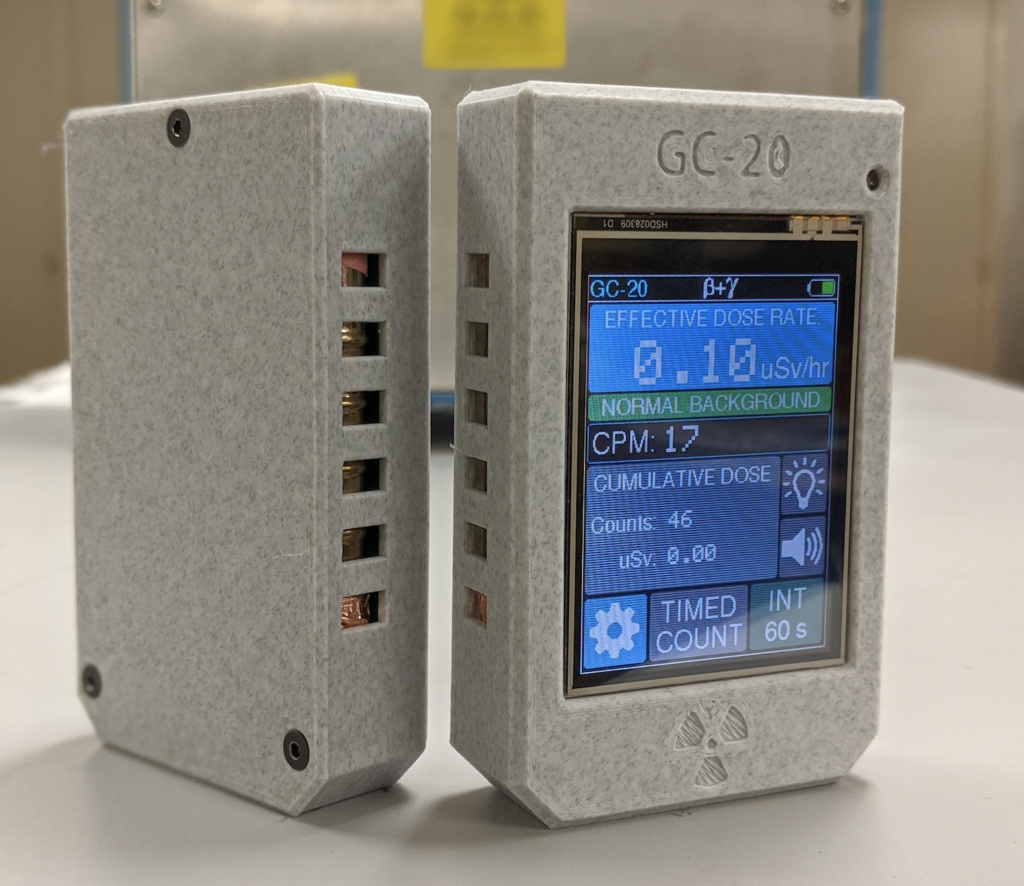 In one of our previous tutorials, we examined the development of a DIY-Geiger Counter showing the efforts of “Instructable” user Prabhat who combined the ESP8266 with a touch screen display to create a truly intuitive version of his Geiger Counter. He recently created an updated version and today’s tutorial will focus on how this new version of the Geiger Counter can be replicated. The Geiger counter is an instrument used for detecting and measuring ionizing radiation. It is one of the worlds best-known radiation detection instrument as it can be used to detect ionizing radiation such as alpha particles, beta particles, and gamma rays and its is usually used as a handheld radiation survey instrument, warning users when in the region of dangerous ambient radiation levels with an all-too-familiar clicking noise.

While this project retains some of the features from the first version, like the use of the ESP8266 and a touchscreen interface, rather than just implementing the detection of  radiation levels like the first version, it combines a Geiger counter, a dosimeter and a radiation monitoring together in a single package that is 50% less thick, and with loads of new software features! Some of the new features include: