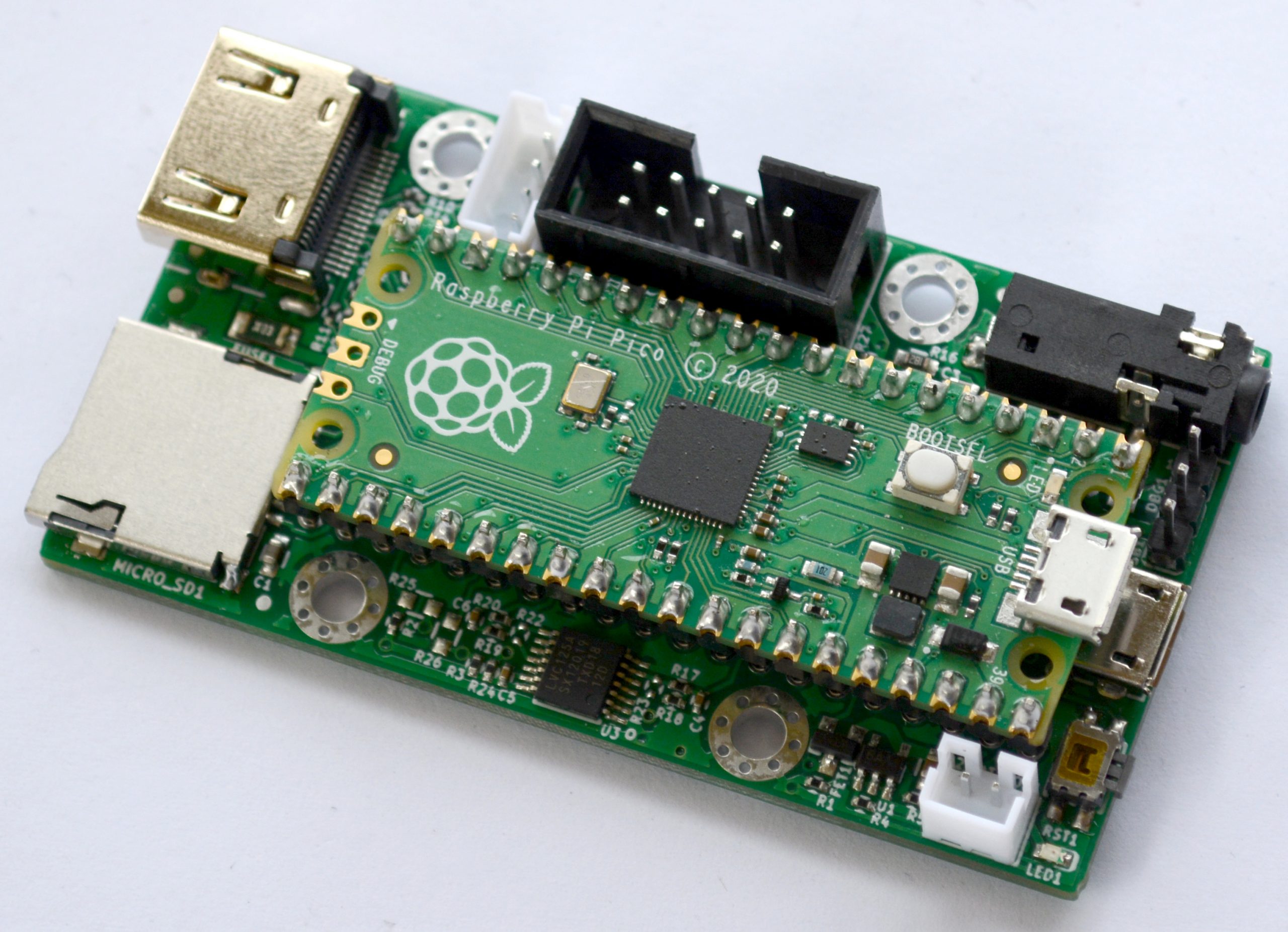 Olimex has manufactured the first prototypes of their new RP2040-PICO-PC designed to create a small Raspberry Pi RP2040 computer with HDMI/DVI video output.

With HDMI video output, 2MB SPI flash or a memory card for storage, speakers connected to the audio jack, keyboard, and mouse, one can use the RP2040-PICO-PC board as a small computer, though it won’t be able to run typical OS like Linux and it’s kind. 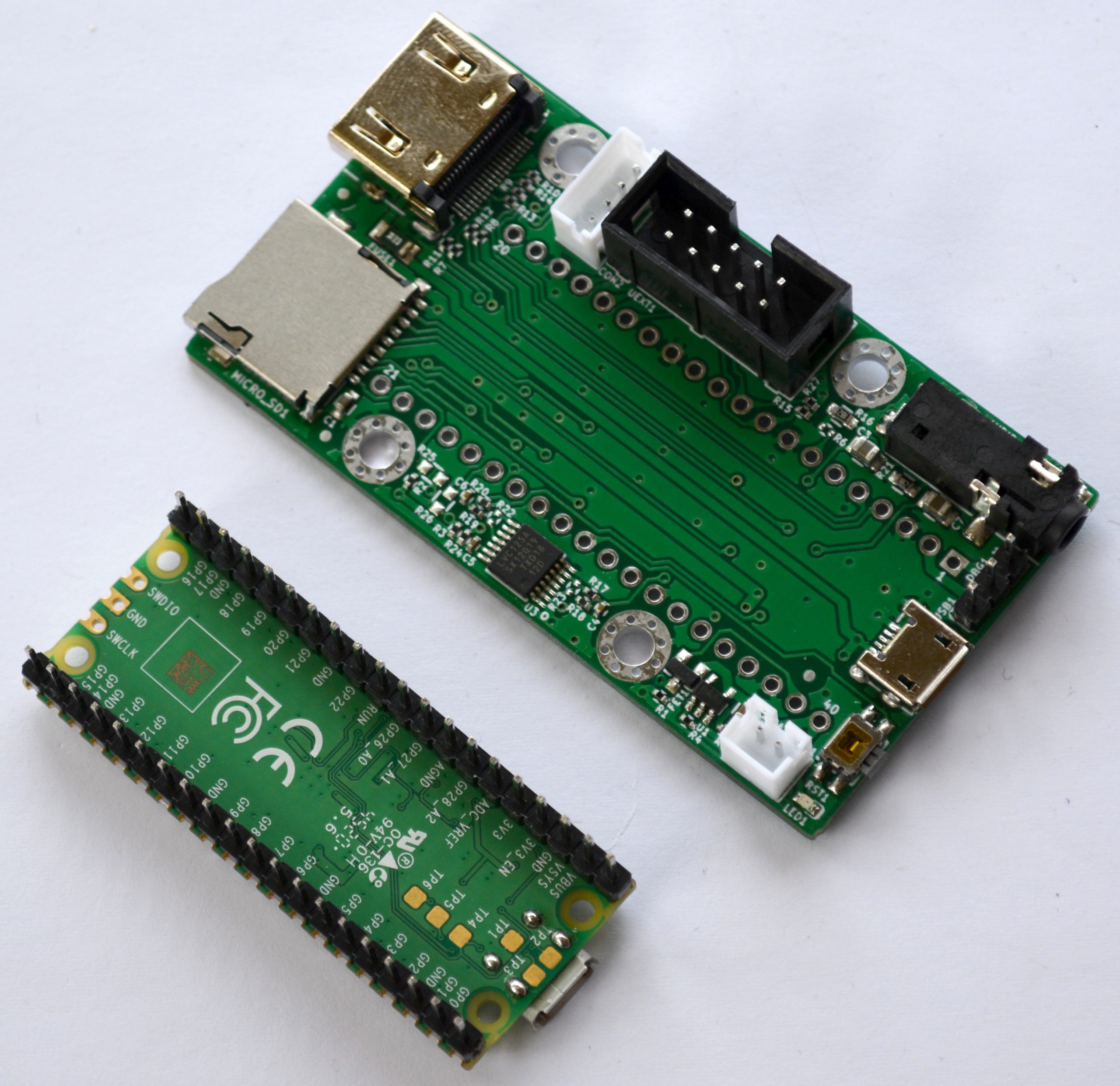 Key features and specifications of the RP2040-PICO-PC small computer board include:

The Bulgarian company also designed their own RP2040-PICO module since it was not easy getting enough Raspberry Pi Pico boards for production. They had a reel of Raspberry Pi RP2040 processors, so they could easily come up with an RP2040-Py module compatible with Raspberry Pi Pico.

The RP2040-Py is the same as the original RP2040-PICO module but with some improvements:

Every other functional feature of the RP2040-Py and the RP2040-PICO module are exactly the same (Raspberry Pi SoC,  2MP SPI flash, I/O headers, and Micro USB connector).

Further details can be found in the announcement on Olimex blog.