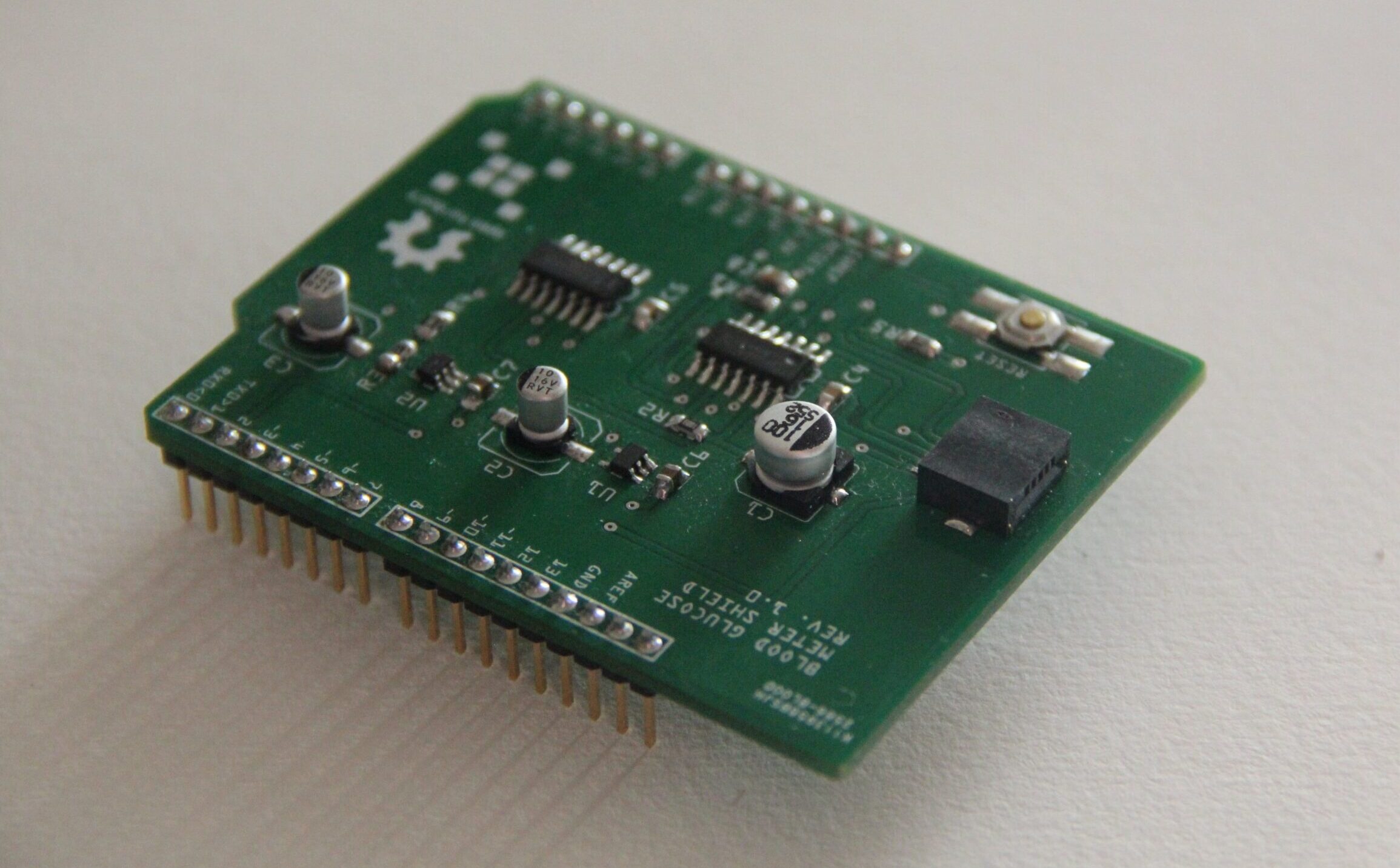 Diabetes is a serious disease that affects millions of people around the world today. Diabetes affects the body’s ability to produce insulin, a hormone that enables the body to turn glucose into sugar which has resulted to a large number of deaths, an estimate of 1.6 million deaths yearly caused by the illness. This is why it is very important such illness should be diagnosed early for effective management, because if left untreated, it can lead to heart disease, kidney damage, nerve damage, and stroke. This has led Markus Bindhammer to embark on an open source blood glucose meter shield project. This project competed and won an award at the Assistive Technologies category of the 2016 Hackaday prize. The glucose meter plays a large part in effective control, as this provide patients with the ability to monitor blood glucose levels from the comfort of their homes. You can obtain the glucose meter at your local val pharmacy. It is easy to use, the patient insert one of the disposable test strips into the meter, prick their finger, load a droplet of blood into the test strip, wait a few seconds and get an instant reading of the current blood glucose level. . 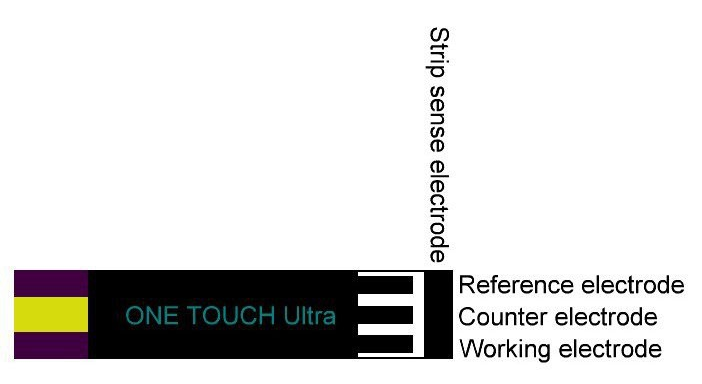 Designed by M.Bindhammar, the aim of the project is to measure blood glucose level using electrochemical test strips. The glucose meter shield functions by receiving blood sample through a one touch Ultra test strip and output the results on the Arduino IDE serial monitor window. The test strip features three electrodes which are printed into the test strips. They include: a reference electrode, a counter electrode and a working electrode. A fixed voltage is supplied, and the resulting current after the blood is added is monitored. The response it give is then measured to the glucose concentration through calibration. You should note that some models requires a user to manually enter a code found on a chip that comes with the test strip since test strips can vary from batch to batch. This code enables the meter to be calibrated to a particular batch of test strips. The brand of test strips used is the ONE-TOUCH which has standardized test strips around a single code number so for a particular set there is no need to change code in their older meters and some of their newer meters. 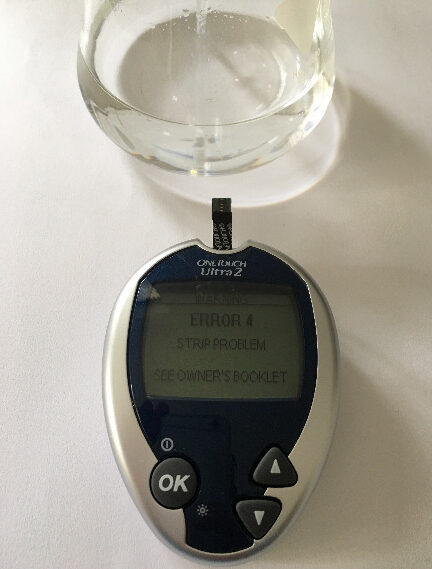 The electrodes of the strips are coated enabling an enzymatic chemical reaction to take place on the surface of the electrode, and this reaction determines the resulting current. We find little details about electrochemistry, and details available can be quite complex. Also some companies do not release detailed data about their particular test strips operation. But some devices functions by watching the current after a short initial transient (the current will level out to some degree) and then report the current after a fixed time. Others examine the total amount of a reaction that has occurred and thus integrates the current with regard to time in order to obtain the total amount of chemical reaction that has occurred. However, the Open source Arduino blood glucose meter functions by making two measurements to determinate which relates more strongly to the glucose level: one is the current after a fixed time and the other is the total integrated current. 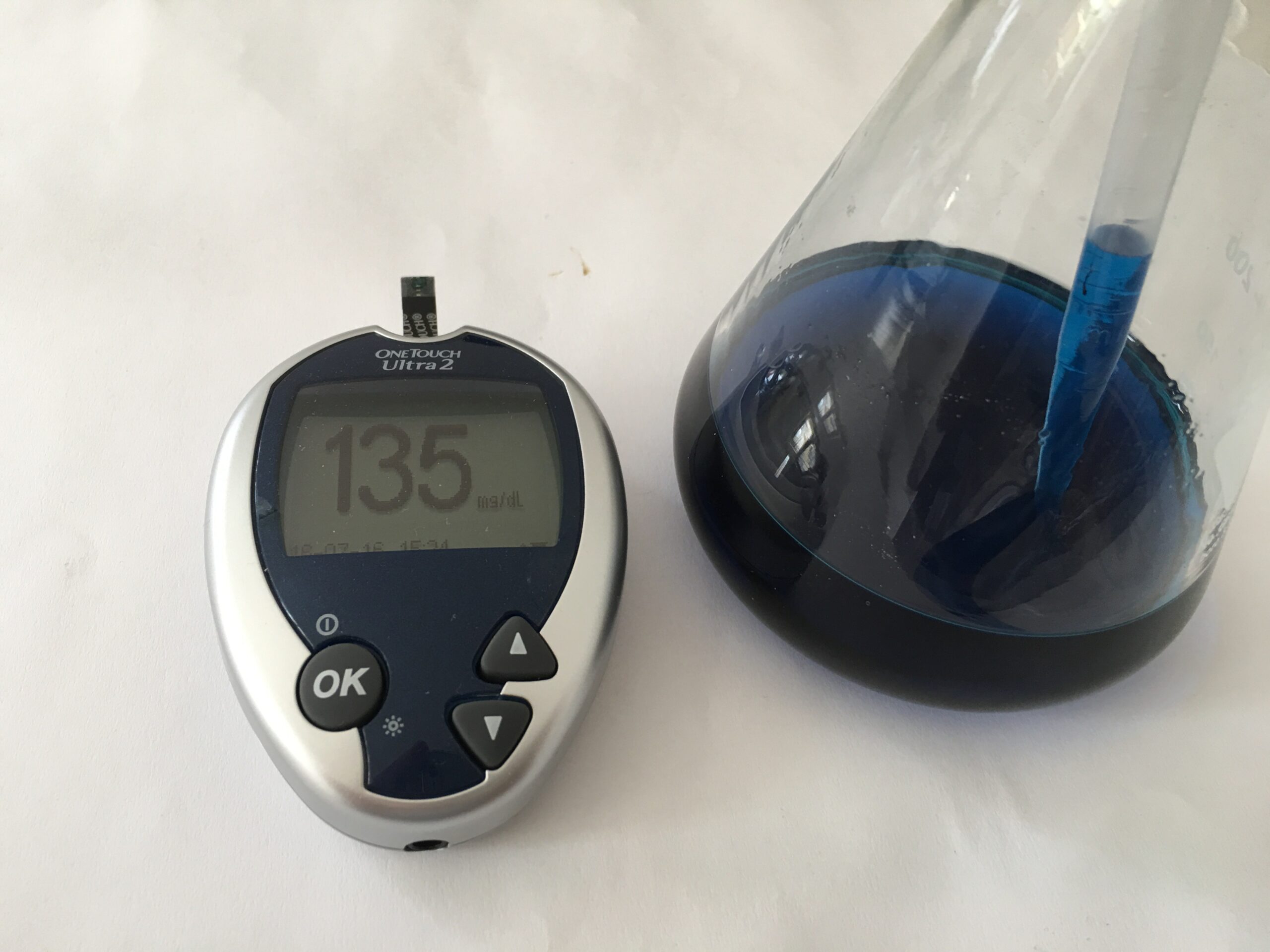 Markus Bindhammer owns all of the design’s intellectual property rights and is responsible for end-user support. About production and sales, Seeed says

“If the Groupbuy meets the target quantity within the allotted timeframe, the Groupbuy is deemed a success, and Seeed will initiate the production and delivery of the goods after payment is made.If the Groupbuy fails Seeed will refund all buyers within 10 working days.”

You can find more information about glucose meter shield on Seeedstudio, and Hackaday.

Apparently I do not fully understand the concept of open source as this post makes note of. The code is said to be protected ? Arduino is able to be cloned and constructed by anyone so long as they don’t capitalize on the name for profit ? Yet with an issue so serious as Diabetes it seems wrong to capitalize on it. I am a diabetic and fan of Arduino myself and have constructed clones of Arduino, therefore this is very interesting to me. To a point I would invest in it just to have one.