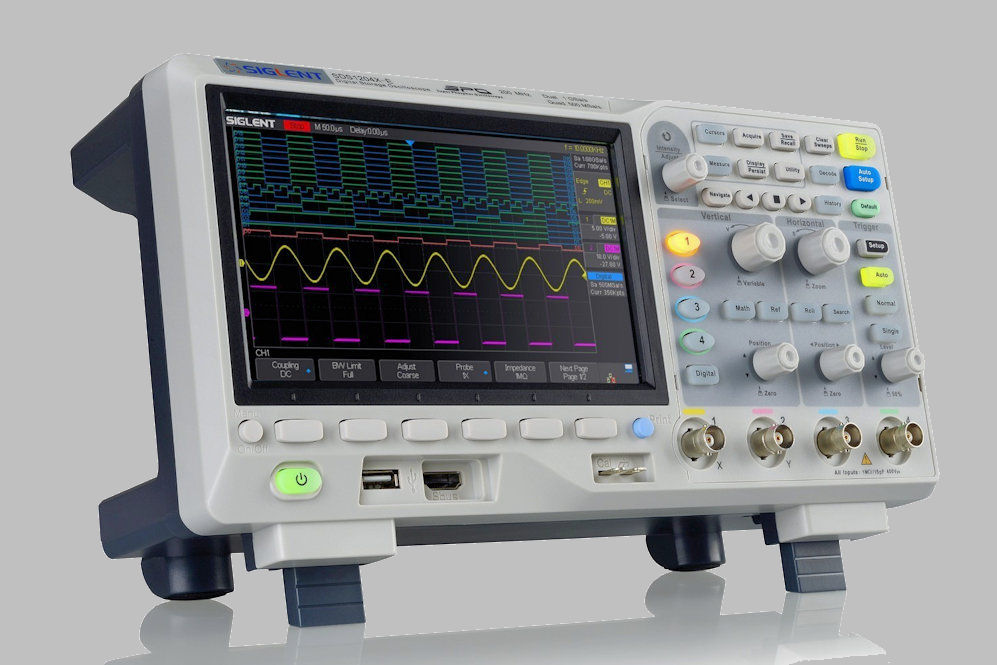 A few years ago I wrote a review about the Siglent SDS1102X and back then I was very enamoured by the quality and extensive capabilities of this affordable instrument. In the meantime there have appeared a few successors in this series of mid-range oscilloscopes by Siglent and here I’m looking at a somewhat more expensive, four-channel model that has been available since the beginning of 2018, the SDS1204X-E. When it comes to the design and feature set this is very much a continuation of its predecessors. The most conspicuous change compared to the 1100 series is the increased bandwidth of the input stages, these are now 200 MHz (was 100 MHz earlier).