Joseph Eoff has posted on Hackaday details about Rodriguez, which is an IV tracer. About the origin of the project, he says:

“Rodriguez started as a nameless project I used to make a point in an online discussion about the shape of the current/voltage plot of the base/emitter junction of an NPN transistor. It’s as a simple one-off for a specific purpose, and sort of mushroomed. From a simple circuit and software to plot the current and voltage curve of a single diode junction, it has grown into a functional (if limited) current and voltage tracer that can be used to design small transistor amplifiers.”

He started by plotting Vbias against the base current. This is the result: 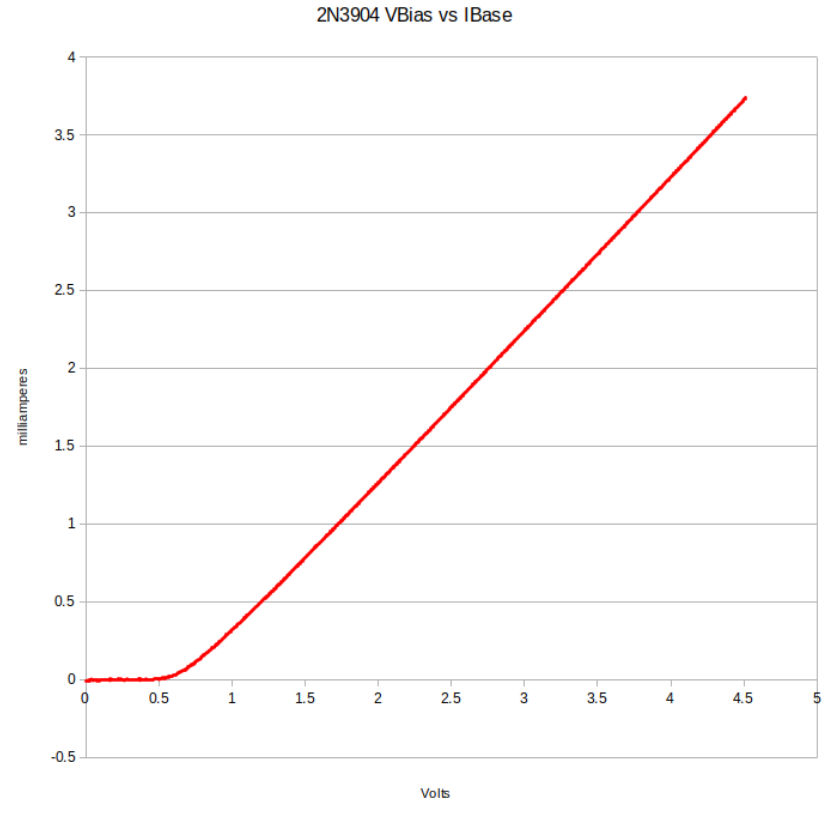 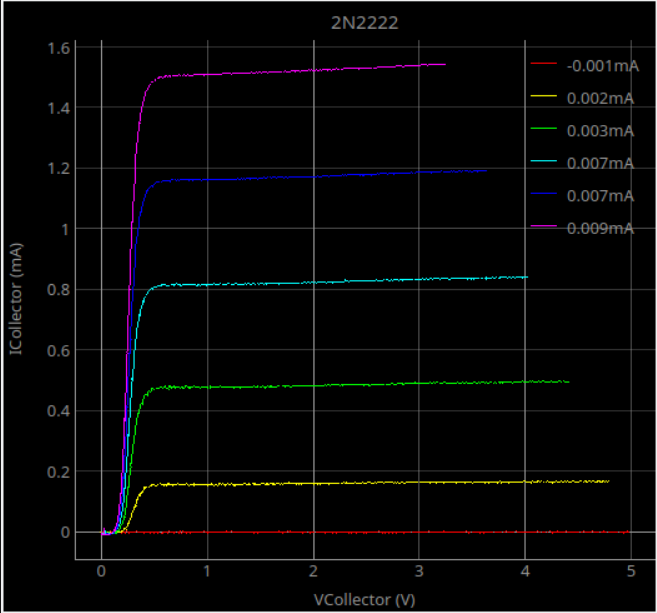 The circuit he built for Rodriguez featured a few passive components and an Arduino. Arduinos have some low-resolution analog to digital converters and PWM outputs that can be used to generate analog voltages and currents. Rodriguez employs a couple of tricks to derive usable results out of its very crude hardware. For its good resolution on the signals generated by the PWM outputs, it utilizes the Timer1 library.  The Timer1 library enables free choice of the PWM frequency and 10 bits of resolution for the pulse width (that’s 1024 steps.)  With a PWM frequency of 10kHz, Rodriguez is able to operate with a very simple low pass filter to make the analog signals. Also, with 1024 steps, the plots are smoother than they would be with just 256 steps. 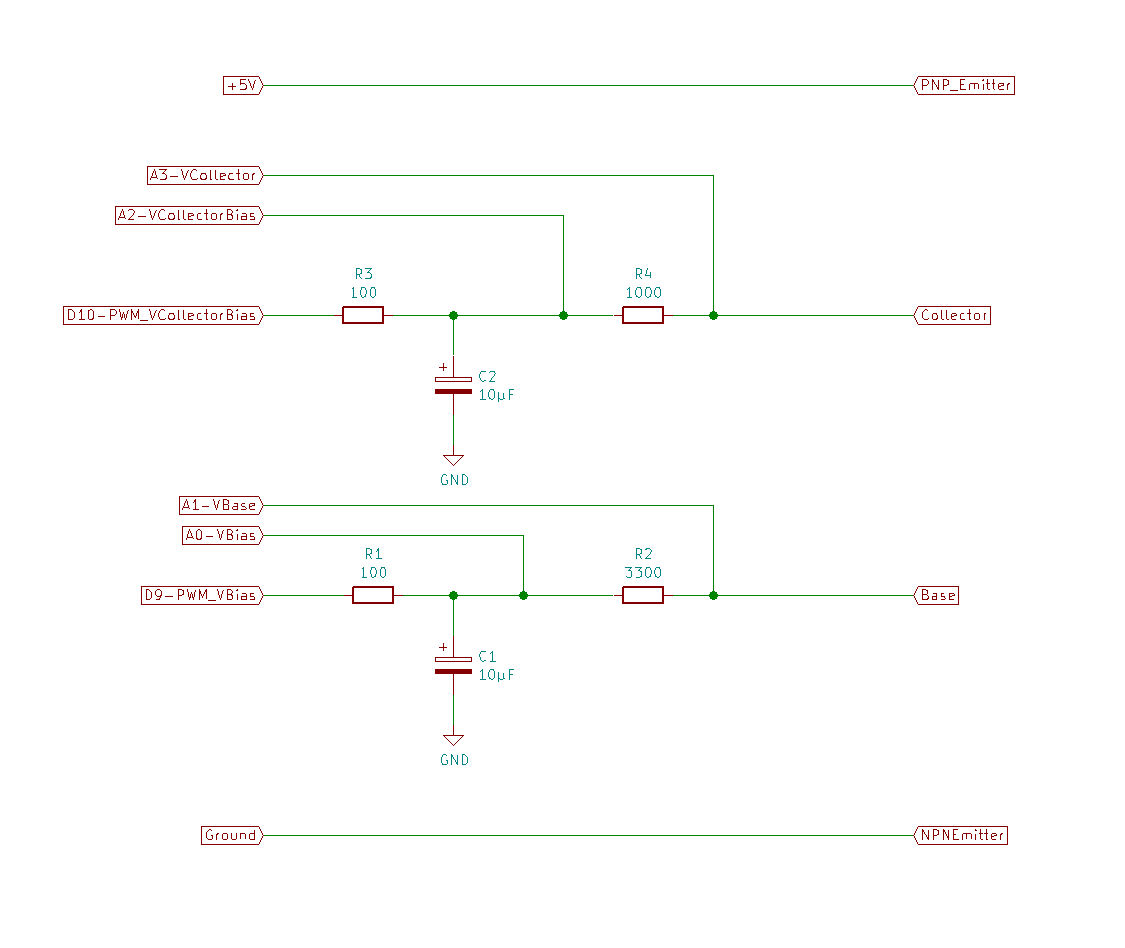 Rodriguez boasts of the simplicity of its circuit. You only need two capacitors, 5 resistors, and an Arduino of any flavor. It is easy to assemble. About the assembly of Rodriguez, he says

“I built mine as a sort of 3D sculpture on the pin header of the Nano.  It could just as easily be assembled on a solderless breadboard.  Perfboard would work as well.  An etched PCB would be rather overkill, but whatever floats your boat.”

You can find the software on github repository, which also includes a schematic of the required circuit and the Arduino program.

For now, Rodriguez can make current/voltage plots of bipolar junction transistors and diodes, which he tested on 2N3904, 2N3906, and 2N2222 transistors.  He also used it on LEDs of various colors, as well as regular diodes (1N4148, 1N4001.) for future upgrades, he says

“I plan to add support for FETs in the future, but I have to order some for experiments. I will also add a save/load feature for the collected data.”

Rodriguez is quite limited in the current and voltage it can deliver to the device under test.  You can’t get more than 5 volts or about 5 milliamperes out of it.  That’s enough for testing small signal diodes and small transistors.  You won’t be designing a class A power amplifier with Rodriguez, but it will do for learning the principles of amplifier design using the load line method.

For more information, visit the project page on Hackaday.