A team of Researchers at Carnegie Mellon University’s Future Interfaces Group have developed self-powered radio tags called Sozu, which enables building-scale activity sensing, without the need for line-of-sight and at a very low cost. They claim a 99 percent detection rate and “almost no false positives.” 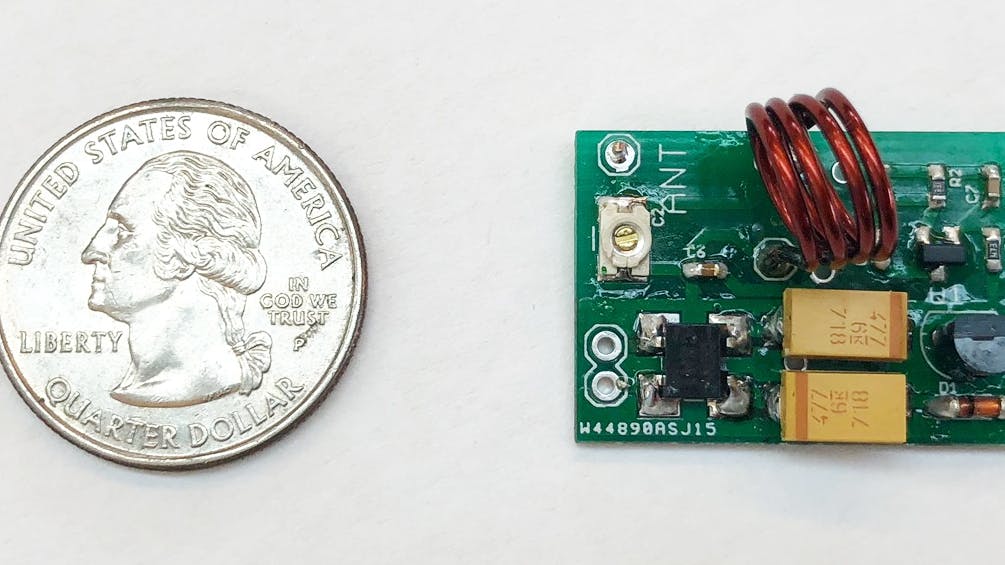 The team of researchers includes Yang Zhang, Yasha Iravantchi, Haojian Jin, Swarun Kumar, and Chris Harrison. Sozu is built to enable wide-area sensing of activity in a human-populated environment at a low cost. To actualize that, the team came up with the ides of dropping the idea of having a battery or mains power connection for the nodes themselves. They say :

“Sozu tags convert energy from activities that they sense into RF broadcasts.”

In the team’s paper, they say the Sozu acts like a miniature self-powered radio station. Sozu’s deployment includes one antenna that can be placed in a concealed location, like a basement. Users can then attach Sozu ‘tags’ to items and infrastructure of interest. For low cost, the tags are constructed from ultra-low-cost analog components, and thus cost only a few dollars each (i.e., no digital components, nor digital communication like Wi-Fi or Bluetooth).

“Another key innovative feature is the battery-less design of Sozu tags, which instead harvest energy directly from the activities they sense.”

“The tags convert and then broadcast this energy as radio frequency (RF) waves, acting like small radio stations. Each tag is given a unique frequency, allowing for recognition of many simultaneous events. Importantly, we selected a frequency range that readily penetrates common building construction types, offering whole-building sensing with just a single antenna,”

The various types of energy harvested by the tags are highly impressive. Sozu implementations were created to convert motion energy, vibration energy, solar energy, thermal energy, electromagnetic radiation, and water flow into enough power to transmit to any activity. According to the paper, the team worked alongside eight Human-Computer Interaction students to test the system, which they claim can easily and cheaply scale to whole-building monitoring. The students involved in the research implemented Sozu-based monitoring systems for parking occupancy, medication reminders which triggered if the pill bottle lid hasn’t been opened, a smart recycling bin, an automatic door for wheelchairs, consumables monitoring, work-hour monitoring, meeting room occupancy, and foot traffic monitoring. All test were successful, while detailed testing revealed that 99 percent of activities were successfully recorded with a very low rate of false positives.

In summary, Sozu describes a new approach for sensing human environments, at a cost and sensing range that enables comprehensive, whole-building deployments. By being self- powered, they should require near-zero maintenance, and can be placed on essentially any object that emits energy that we can harvest

To get more information about Sozu, check The team’s paper, which was presented at the 32nd Annual ACM Symposium on User Interface Software and Technology (UIST ’19), click here.