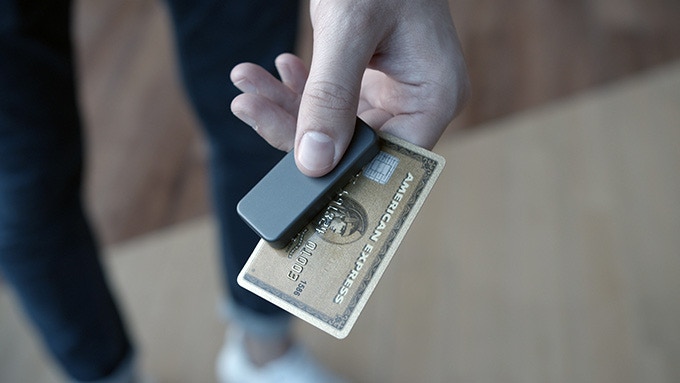 Even with the advent of several file-sharing platforms and the proliferation of internet access to enable their use, the “old” regular way of moving a file from one place to the other via USB drives is still in vogue. Especially for large files like the video and picture contents which creatives need to move around for editing before the final version is released. However, while the size of these drives has increased over time, the same cannot be said for their quality. The speed at which some of the drives copy data and their design for efficiency is still quite terrible. Solving these inefficiencies is what led Darren Mak and his team to create their new product called WarpDrive.

Weighing only 29g / 1oz, with a thickness of around 10mm, the warp drive is smaller than your standard debit/credit card and is designed to save you time and work efficiently.  It comes with USB Type-C 3.2 Gen 2 NVMe interface through which it provides high-speed data transfer up to 850MB/s, which is 5.6x faster than the average external HDDs.

This means you could transfer a video that would normally take say 50 mins with regular USB Memory Stick, in just 47 seconds using the WarpDrive.

The enclosure of the WarpDrive is an indicator of how much thoughtfulness went into its design. The enclosure is made of aluminum, which is a great heat conductor, helps to keep the flash controller cool at all times, to ensure the high amount of heat generated as a result of the device’s speed does not affect its performance. Asides from the functional impact of the aluminum enclosure, the metallic surface also gives it an exotic look that complements Macbooks and Ipads Perfectly. To ensure the splendid metallic finish is retained over the lifespan of the WarpDrive, it was made scratch-resistant through the use of a silicone bumper that protects the drive. To further protect the drive and in-turn the data stored on it, the WarpDrive was designed to match up to the IP67 rating. This means it can be dropped into a body of water, up to a meter deep for half an hour, without being damaged.

The WarpDrive is compatible with all the popular operating systems and machines including android, Windows, Linux and the macOS operating systems. As mentioned earlier, it comes with USB Type-C connector which makes it easy to connect the device some of the latest devices which uses the Type C port, but it can also be connected to Windows-based PCs and older macOS PCs using a USB Type-C to USB A cable, or to newer iOS gadgets with a USB Type-C to Type-C cable.

A highlight of some of the crucial features of the device is provided in the table below;

According to the Crowdfunding campaign being run on Indiegogo, WarpDrive is currently available in Red and Space Grey Colors with the possibility of other colors existing later not ruled out.

The Crowdfunding campaign is expected to run till the end of November 2019, with manufacturing commencing immediately with deliveries scheduled for March 2020.