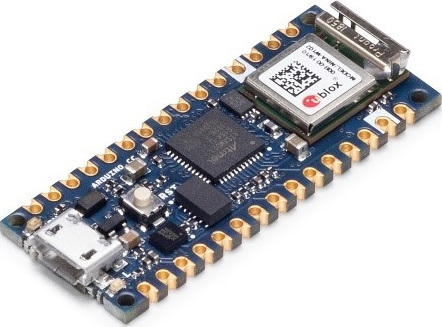 Arduino Nano 33 IoT can be used to enhance existing devices and creating new ones to include IoT and to design network-specific applications. This article focuses on one of such applications which uses Network Time Protocol by clock synchronization between systems all over the world. It is necessary to know more about Arduino Nano 33 IoT board.

Arduino Nano 33 IoT has a NINA -W10 chipset working at 2.4GHz, this u-blox module is used for Bluetooth and WiFi network connectivity. This WiFi connectivity can be used for clock synchronizations via Network Time protocols to get information of time from different systems. The primary processor of the Nano 33 board is a low-power Arm Cortex-M0 32-bit SAMD21, the board also features secure communication ensured by the Microchip ECC608 chip.

If one wants to know the time of different time zones in the world, there are many mobile applications and websites for this purpose. Although, this is a simple thing but what if one wants to get this time info at a glance. A dedicated device to “know what time it is anywhere in the world” could satisfy this requirement.

” The unit runs on an Arduino Nano 33 IoT, which checks the time over WiFi via the Network Time Protocol, or NTP.” 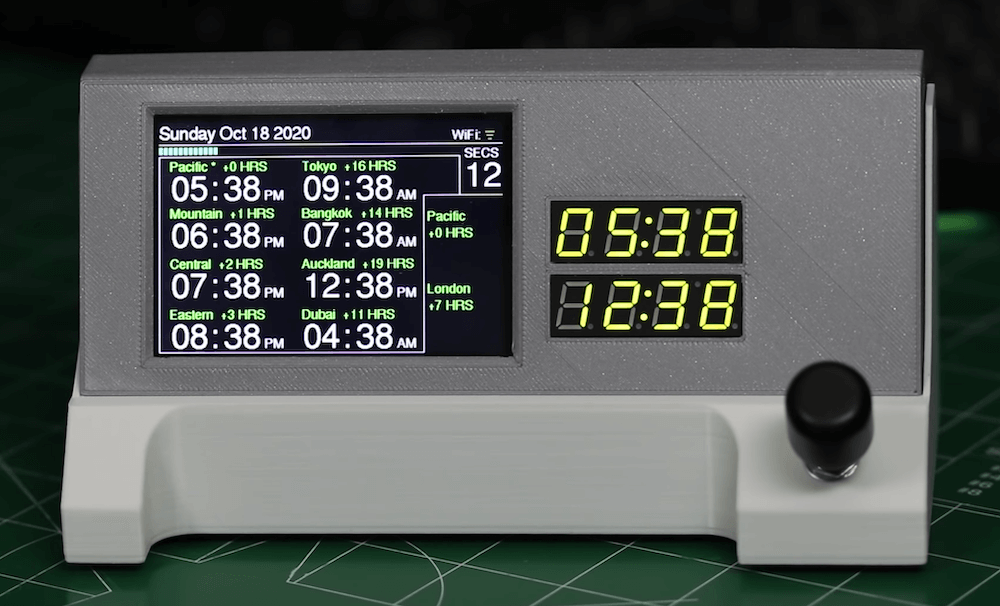 The built NTP clock has a TFT screen on the left side and two 4-digit SSDs and a rotary encoder on the right side. The top SSD shows the present location and time and the bottom SSD shows the selected time zone’s time. The TFT screen configured with Nano 33 IoT using NTP, has a WiFi indicator at the top right corner. The screen has four levels of indications based on RSSI values on the radio module of the Nano 33 board:

The screen shows 8 different time zones (countries) with additional two time zones synced with two SSDs. The offset value of the time for a time zone is with respect to the current location’s time, and not the standard UTC. Pressing the center button of the encoder takes you to the menu page. The rotary encoder functions as a controller to change a particular time zone from the options available in the menu. There is also an option of 24hr /12hr format in the menu.

You can alter the code to change the structure and design of the display. To know more about this project application of Arduino Nano 33 IoT, watch this video by Kaleb Clark. If you hit a dead-end while building this project, you can shoot your queries on Element14 Community Forum.

The images and technical specifications have been taken from The Arduino Blog and Arduino Nano 33 IoT product page.