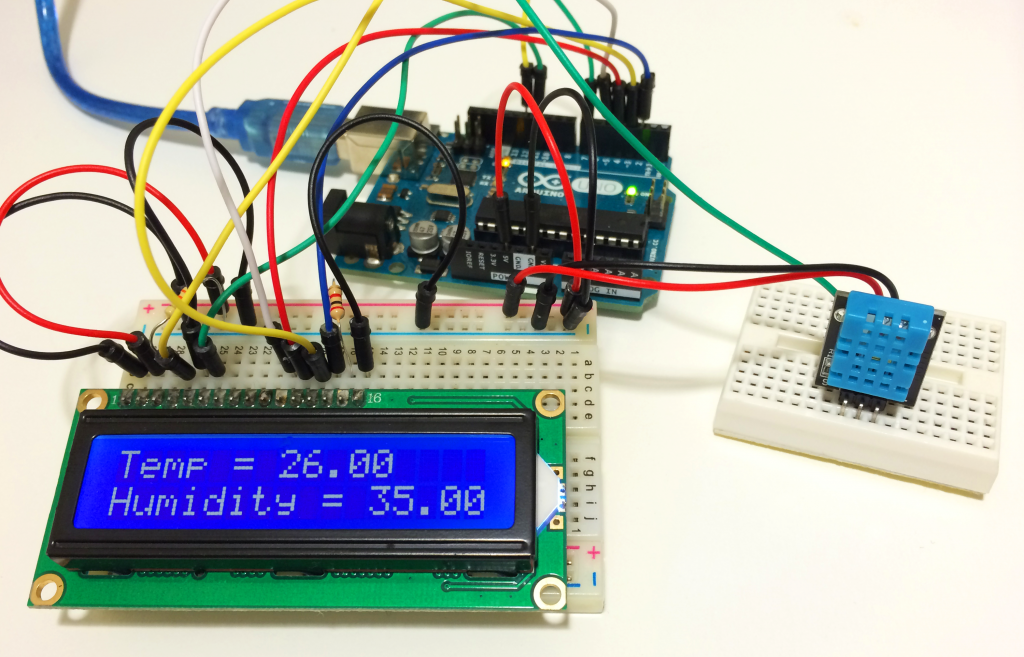 How to Set Up the DHT11 Humidity Sensor on an Arduino

Because of their low cost and small size, DHT11 humidity and temperature sensors are perfect for lots of different DIY electronics projects. Some projects where the DHT11 would be useful include remote weather stations, home environment control systems, and agricultural/garden monitoring systems. The DHT11 is a digital sensor that lets you easily get relative humidity and temperature readings in your projects. In this post, I’ll first go into a little background on what humidity is, then I’ll explain how the DHT11 measures humidity. After that, I’ll show you how to connect the DHT11 to the Arduino and give you some example code so you can use the DHT11 in your own projects.