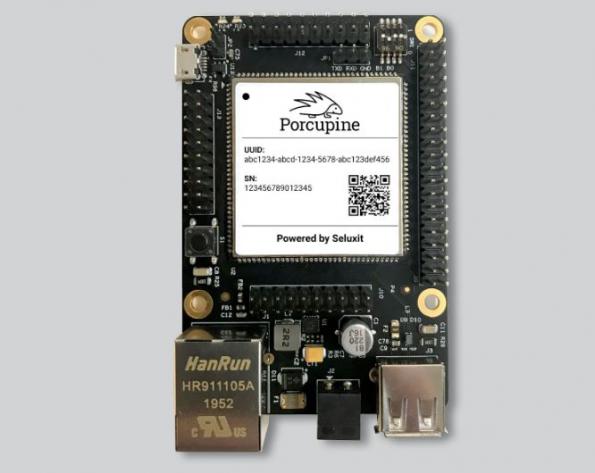 Seluxit has released IoT rapid prototyping kits based on it’s single-board computer, SLXPorcupine. If you have a smartphone, an internet connection and Seluxit’s IoT rapid-prototyping solution, then 10 minutes is all you need to create IoT prototypes that feel at home even in industrial settings. By julien happich @ eenewseurope.com

Claiming your device is as seamless as scanning a QR code, and adding plug-and-play sensors can now be done by using a wizard and hitting a “deploy” button. SLX Porcupine is an industrial-grade, single-board computer with a Raspberry Pi compatible form factor,running Linux. That makes it possible to use hats and open-source code from the Raspberry Picommunity. SLX Porcupine automatically connects to Viasens by Seluxit; a cloud-based, secure IoT Infrastructure.

Viasens has secure connectivity, over-the-air firmware update, and a configurable dashboard where you can see and analyse your data. Viasens also features data logging and extraction, reference code for your own iOS and Android native applications, as well as web interfaces. The SBC features a 4GB on-board flash and 512 MB RAM.

It also has 3 additional 20-pin headers, featuring functionalities such as Modbus, CAN bus and up to 8 channels of 12 bit ADCs. It can handle the temperature range often required in an industrial setting, from -40 to +85°C. Secure boot effectively prevents tampering on the device.