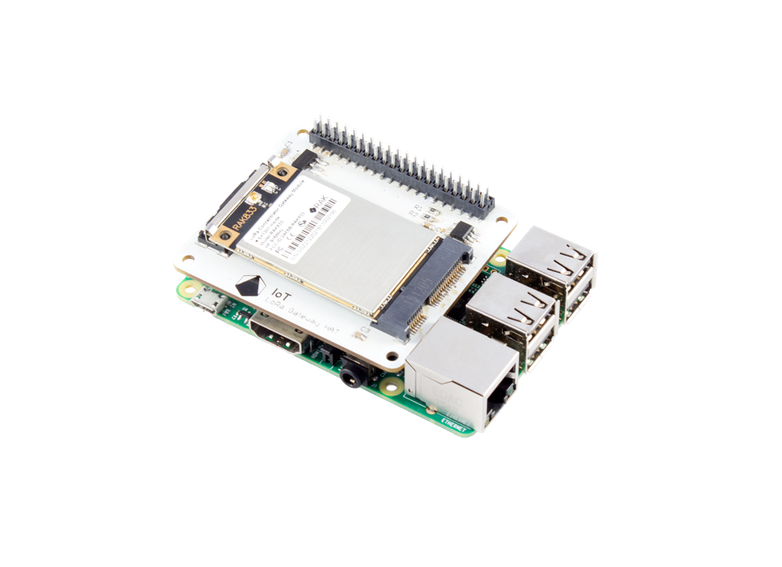 Pi Supply has launched a new series of IoT LoRa Boards on Kickstarter that work with Raspberry Pi, and Micro:bit. They include an IoT LoRa Gateway HAT board with a price of £120 ($157) and a LoRa Node pHAT node board for £25 ($33) price. The boards support any 40-pin Raspberry Pi, and they may also work with other SBCs with Pi-compatible 40-pin connectors, including the tested Asus Tinker Board, Asus Tinker Board S, and Odroid-C2. Pi Supply also released a Micro:bit LoRa Node board that works with the open source, Cortex-M0 based BBC Micro:bit board.

There are Packages available that include both the gateway and a node of your preference. “To Go Kits” that includes a SBC is also available. For £189 ($248) you get the “Gateway To Go Kit”, that includes a full-sized Raspberry Pi of your choice up to a Raspberry Pi Model 3B+ along with a case, power supplies, SD cards and other accessories. The “Node To Go Kit” has either a Micro:bit board, or pHAT model, a Pi Zero or Pi Zero W, as well as power supplies and accessories. Different volume discount bundles are available.

The IoT LoRa Gateway HAT is modelled around the RAKWireless RAK833 mini-PCIe module. The LoRa gateway concentrator is controlled by a Semtech SX1301 LoRa baseband chip, which is also used on Arduino’s LoRa Gateway Kit shield. The RAK833 module allows the IoT LoRa Gateway HAT to listen on 8x channels simultaneously. The board offers relatively low power consumption, it will use about 500mA from the Raspberry Pi’s 5V Rail.

The Pi and Micro:bit compatible nodes deliver 8x pins that can be controlled via UART, including two for analogue sensors. A u.FL connector and onboard antenna are also available. Both node boards consume less than 50mA maximum during transmission and runs at 30mA at 3.3V peak during operation and less than 1mA during sleep.

More information can be found on Pi Supply’s IoT LoRa Boards Kickstarter page and eventually on the Pi Supply website.