Skip to content
HomeBlog Asus Tinker Board S is a Raspberry Pi Competitor at $79.99 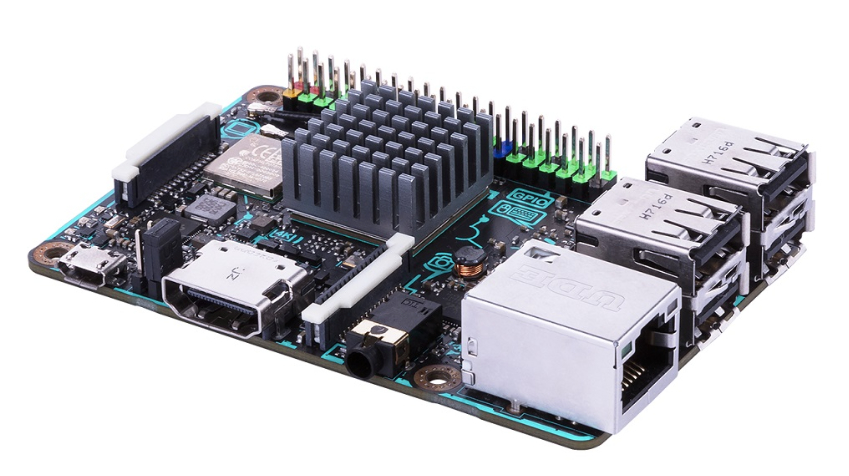 Asus Tinker Board S is a Raspberry Pi Competitor at $79.99

Asus, the Taiwanese computer and electronics household name, in February last year entered into the maker’s world with their introduction of the original Tinker Board. The Original Tinker Boards was believed to out-sit the household Raspberry Pi, even though the original tinker board was way better than the Raspberry Pi in all aspect of hardware functionality, it was lacking in the software and community department. Raspberry Pi is great not for it’s easy to use hardware but mostly for its community. In the maker’s world, the community is the most important thing and this is where Raspberry Pi and the like of Arduino has excelled excellently.

Fast forward to 2018, Asus is back with a new and expected more powerful board called the “Tinker Board S”.  The new and improved Tinker Board S is a single board computer (SBC) that offers greater durability, better stability and an overall improved user experience for DIY enthusiasts and makers everywhere.

Announced at the CES 2018, the Tinker Board S is a single board computer that looks like the Raspberry Pi form factor, but with an overall improved board. As with the original Tinker Board, the Tinker Board S comes in a flashy looking dark board. The S board is equipped with the same Rockchip RK3288 quad-core cortex processor on the original Tinkerboard running at 1.8Ghz, compared to the quad-core 1.2GHz Broadcom processor in the Raspberry Pi 3.

The Tinker Board S comes with a lot of built-in storage and comes with a whopping 16GB of eMMC storage, enough to install an Android or Linux operating system and still have free space left. The S board also includes a microSD card slot, so you can always increase the storage as you like. The S board has 2GB of RAM memory based on the faster DDR3 technology, a double of the 1GB of the Raspberry Pi 3, and the slower DDR2.

Like ASUS’ previous board, the new Tinker Board S has a 40-pin GPIO color-coded header block compatible with the Raspberry Pi. and comes with 4 USB 2.0 ports. For better user experience, Tinker Board S is HDMI-CEC-ready for complete video entertainment, with which you can control the hacker board and TV with a single remote. It can handle a 4K display at 30fps using the onboard HDMI jack.

The Tinker Board S also features a Gigabit Ethernet for internet and network connectivity. Just like the Raspberry Pi 3, the S board comes integrated with an onboard Wi-Fi and Bluetooth 4.0. The S boards include an integrated IPEX antenna header to which allows for easy antenna replacement or upgrades.

The Tinker Board S is the latest in a long line of more powerful alternatives to the Raspberry Pi, and if you are just getting started with single board computers (SBC), the Raspberry Pi 3 is going to be the best choice. The S board is expected to be available in early 2018 with a price tag of $79.99. For more information about the Asus Tinker Board S, visit the official product page here.