Skip to content
HomeBlog Raspberry Pi Ramps Up The Production of RP2040, Beats the Chip Shortage 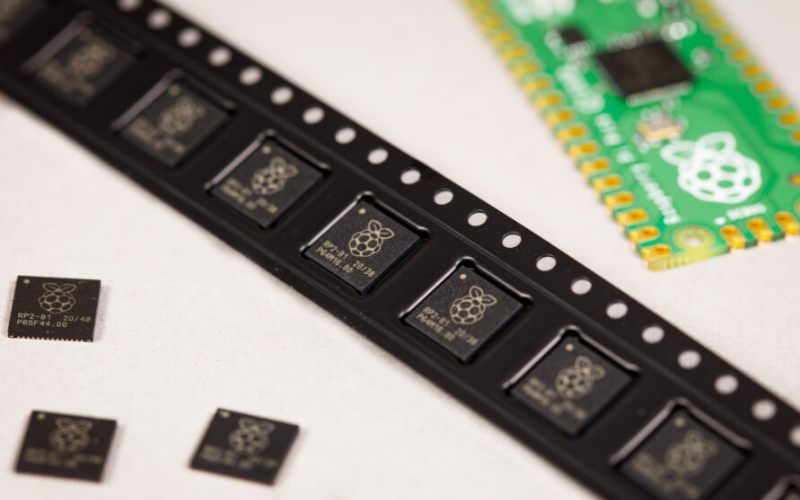 Raspberry Pi Ramps Up The Production of RP2040, Beats the Chip Shortage

Eben Upton, Founder and Chief Executive Officer of one of the very famous and successful embedded electronic hardware manufacturers, Raspberry Pi, has published news on January 17, 2022, aiming to beat the semiconductor chip shortage by introducing a dedicated Raspberry Pi store to purchase RPi’s inhouse silicon tape out RP2040 at a very low-cost. Due to chip shortages and increased demand for the compact and powerful RP2040, Raspberry Pi Foundation saw an opportunity to play big. With this offer and introduction to increased production and purchasing power, other manufacturers can now take the benefit of RP2040 to design their own prototype and dedicated hardware for specific applications.

As an embedded electronic device manufacturer, the Raspberry Pi Foundation seems to have taken the step to increase its footprint in the embedded systems market. Even though it can be competitive with its original Raspberry Pi Pico, the integrated RP2040 still in turn benefits the manufacturer. According to the executive at Raspberry Pi, the company is claiming to be able to produce more than 20 million chips at the moment and more efforts are put in place to increase production. Built on the modern semiconductor process of TSMC under 40nm technology, the RP2040 chip is one of the most efficient chips in terms of silicon usage. The chip die is assumed to occupy only 2mm2 of the area and with a 300mm wafer, there can be around 21,000 dice. 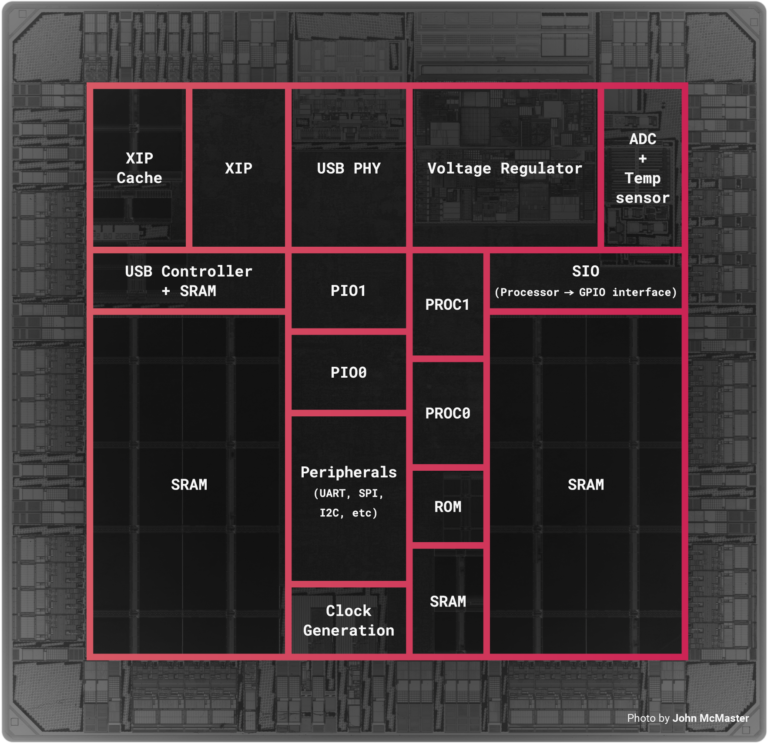 Back in June 2021, Raspberry Pi decided to swim in the ocean of producing system-on-chips and the news broke out with the $1/single-unit headline. “This remains the best way to get your hands on the chip for prototyping, and for small- to medium-scale production,” says the CEO of Raspberry Pi Foundation. “But as RP2040 products begin to ramp to scale, and the global semiconductor shortage has transmuted most other microcontrollers into unobtainium, we’ve started to see people asking to buy tens of thousands of chips at a time.”