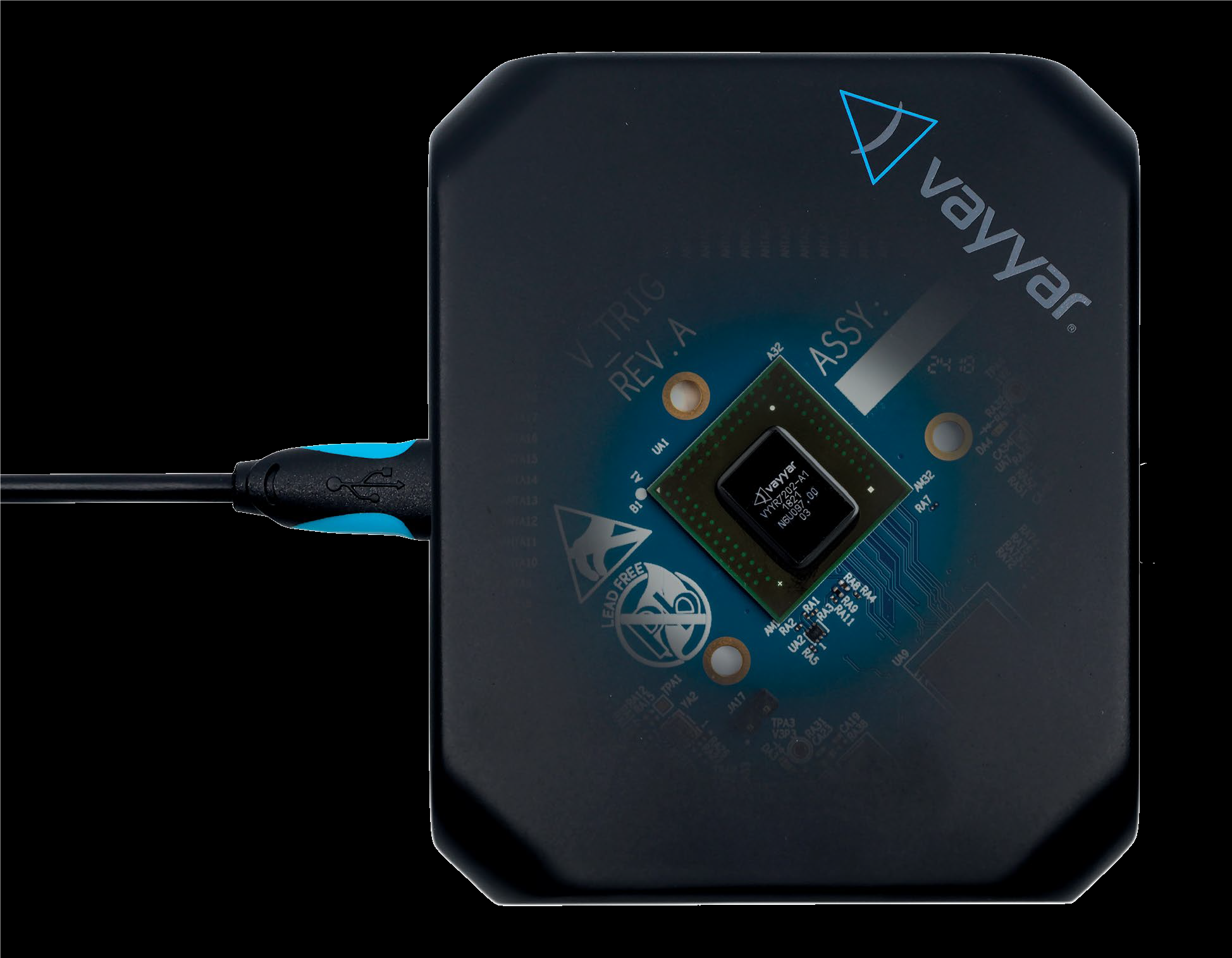 The 4D imaging technology using cameras and LIDAR comes with drawbacks as the cameras are sensitive to external environmental conditions like bad light, fog, etc. Hence, the radar technology for 4D imaging allows a good resolution scan with an accurate field of view. Vayyar’s Radar on Chip (RoC) is one such example for 4D Imaging applications.

The automotive-grade RoC is AEC-Q100 approved and is equipped with up to 48 transceivers in the mmWave range. It also features a digital signal processor (DSP) and a microcontroller unit (MCU) for real-time signal processing. The 4D Imaging RoC replaces the requirement of many antennas at different locations and fits everything on a single chip. This improves the form factor and reduces the overall cost.

The 4D Imaging RoC supports many features including intruder alerts, Child Presence Detection, enhanced Seat Belt Reminders, and eCall to alert emergency services in the event of a crash. It also features posture detection by imaging at a good resolution of around 5cm pixel, hence it allows analysis of the pattern in pixels for prediction of posture. 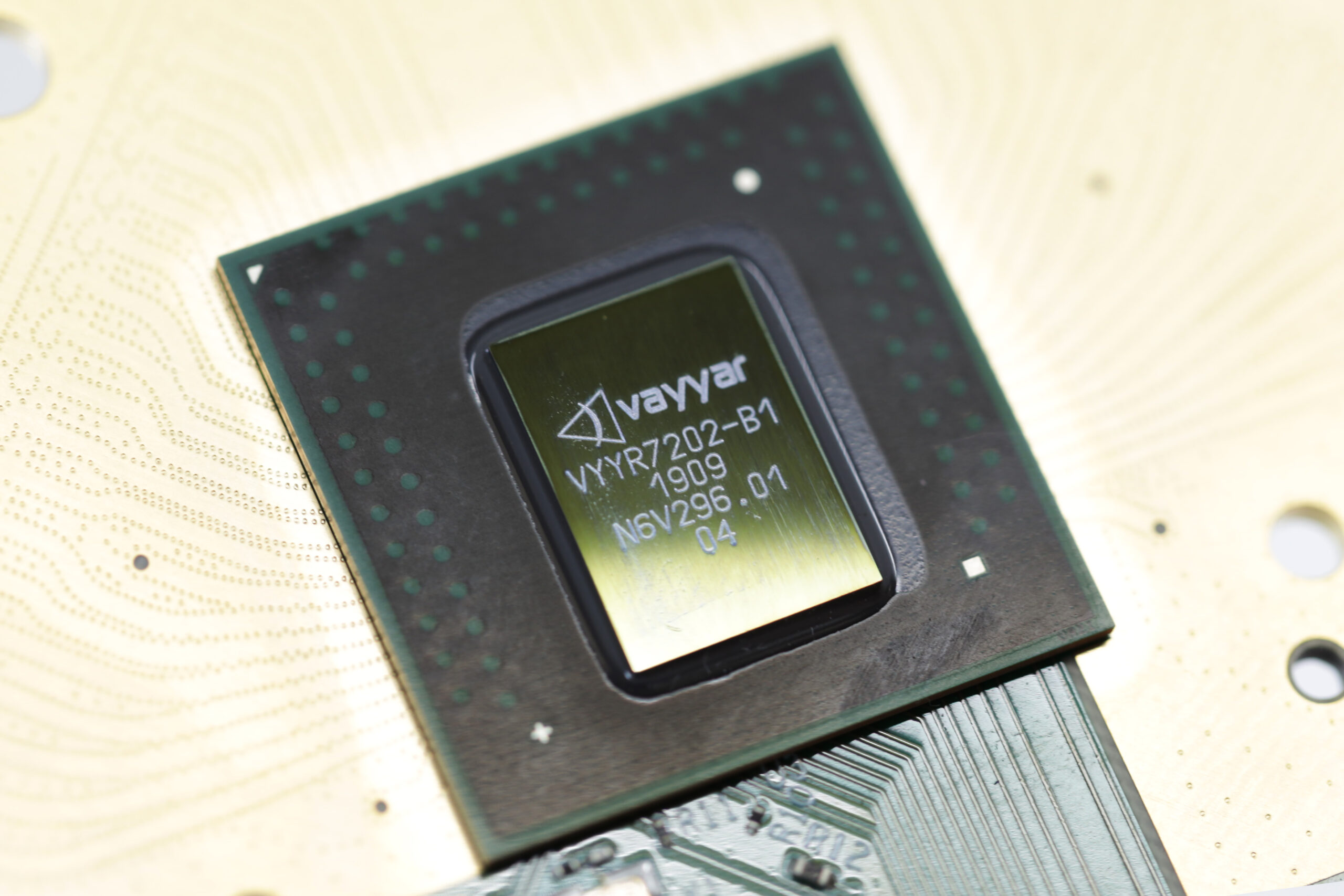 The 4D Imaging RoC replaces the overall strength of multiple chips by sensing, computing, processing, mapping, and imaging targets by compacting everything on a single RoC. The sensor is designed dynamically for scalability, flexible for the deployment of emerging features through over-the-air (OTA) software updates.

For information on Vayyar’s 4D imaging RoC technology visit the announcement and the company website.

Interview with Vayyar’s Head of Automotive

I also got an opportunity to interview Ian Podkamien, Head of Automotive of Vayyar Imaging. The interview has all the possible questions that a tech enthusiast like me can have. Here is the transcript of the complete interview:

Saumitra: What is the basic principle that the sensor follows for 4D Imaging? Is it the conventional way where the rays are passed in a particular space, and the obstruction in the frequency or path of the ray detects the object for imaging?

Ian: The principle is as you said, you have a transmitting antenna that will send the radio wave which will propagate, bounce, and then propagate back to the receiving antenna. This is the very old traditional radar style, for calculating the direction and the distance of that object. What we do is something very different which is called Imaging Radar instead of transmitting directional beam and measuring distance and direction. We use many antennas, the more number of antennas we include the better is the resolution. A single antenna transmitting will cover about 180 degrees and the arena under the antenna will start reflecting back on the receiving antennas. Hence, using multiple transmitting and receiving antennas improves the granular resolution of imaging radar and increases the field of view significantly.

Saumitra: If you could give a number, how many antennas are there on the chip?

Ian: The Vayyar chip has around 72 antennas, 24 antennas in the ultra-wideband domain, and 48 antennas in the mmWave. It would be dependent on the geo applications, hence we provide multiple frequencies for implementing multiple applications according to the regulations.

Saumitra: Do you have any cloud server on which the computations and processing take place, or everything happens on the sensor itself?

Ian: That is a good question and probably I have a good answer for it. The philosophy here is to be an enabler by developing on the high-resolution data, and to have a small form factor at a very low cost. This allows multiple flexibilities, one of them is having multiple bands (frequencies), and the other is that we have embedded all necessary computing power required, inside the single chip. The processing includes transceiving analysis of the antenna, data crunching, 3D re-constructions, and 4D re-constructions.

Also, post-processing which is application and level-based complex computing, everything happens on the chip. The chip also features transporting data to 3D point cloud API  to the embedded ARM for embedded applications development, as well as exporting the point cloud outside the sensors for places where there is a need for fusion. Fusion with a camera is a very basic example of this. So, if you want to have your computations on the chip itself or you want to use the sensor for fusion with other devices, both are possible with Vayyar’s chip. 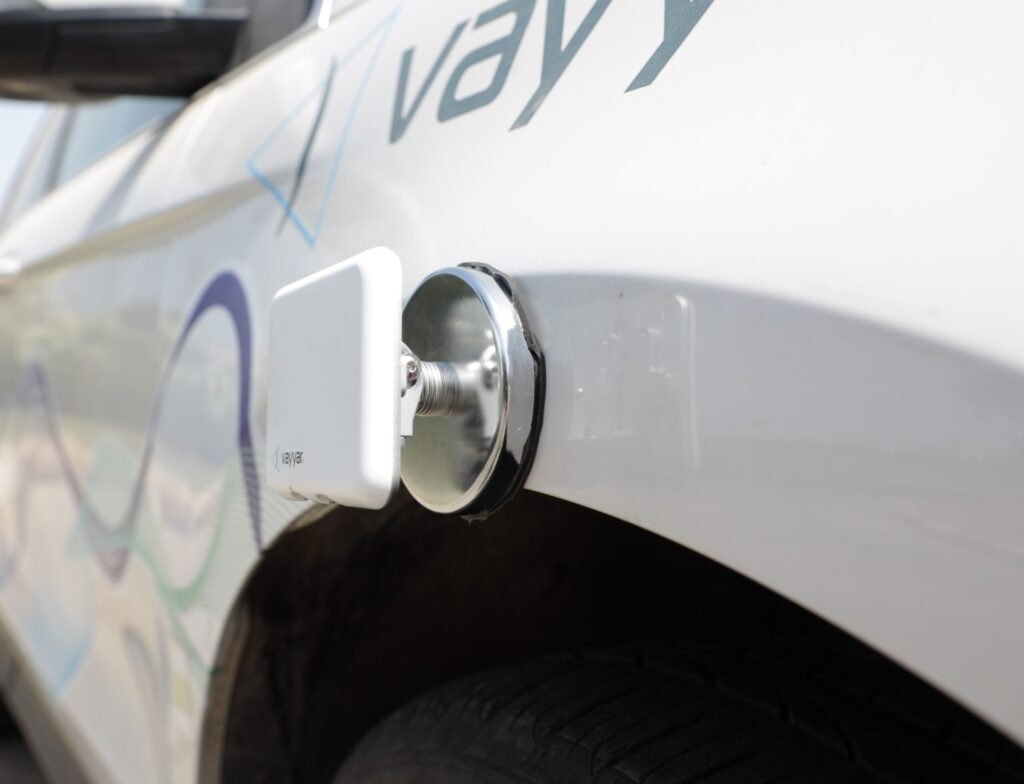 Saumitra: Do you plan on launching a development board of Vayyar that could be great for personal use? For adding some customized features depending on the user applications?

Ian: We have several of those, ranging from professional and more  expensive development kits for companies to low-cost development boards for independent users. Vayyar has its own consumer brand called Walabot. It actually has two major products, one is a Walabot wall scanner device that is capable of “seeing” up to 4 inches inside the wall. Also, we have a development kit which is called Walabot Maker that comes with 20 antennas. This costs about a few hundred dollars. It is not very different from a Raspberry Pi, you can connect it to a PC. It comes with a developer SDK and a bunch of sample codes for reference.

Saumitra: Talking more about the Walabot Maker. Where is it available and do you plan to release more products like these?

Ian: Well, it is available on the Walabot website and we have been selling it for quite a long time with successful results. I can tell you that we are now ramping onto a more sophisticated innovation kit that would be launching soon. It will be available online in various locations. The device will have more than 40 antennas in mmWave. 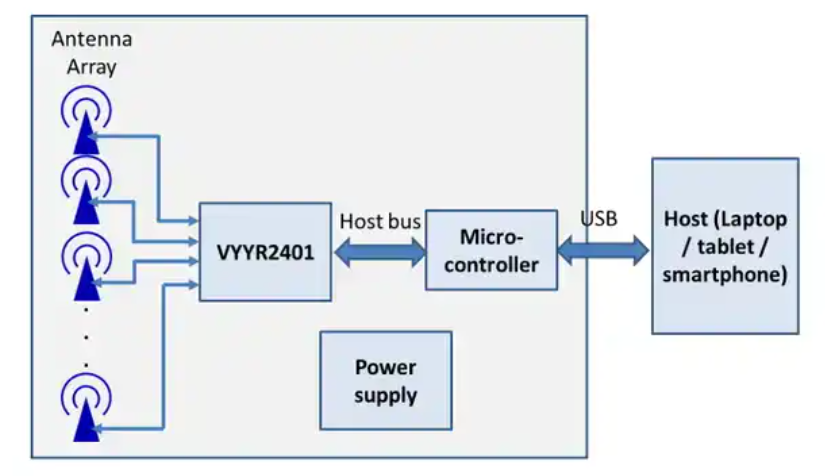 Saumitra: What is the operating system that powers the device? Adding to this question, Is your software open source? As the readers are more curious about the software being open source as it supports the device with community support.

Ian: No, the inner software of the chip is our secret sauce in a closed environment but, the API is really a powerful one that enables creating your own dataset. If there is a group of people who want to create a dataset over the same API then it can have great community support. But, the hardcore algorithms are our secret sauce.

Saumitra: What is the power rating of the device, if you could give a number?

Ian: It is a very low-power device, it is less than a phone charger. It is plugged in with a USB for power supply for consumer versions. For embedded solutions, we have a constant DC power supply. If I have to give a number, it can go from 5 W to 10 W depending on the applications with a very low power mode for stby and power save.

Saumitra: Apart from the automotive industry do you plan to expand your device’s application in imaging? For example in military or medical or any industry that requires 4D imaging?

Ian: Actually it is the opposite, we started the company with a medical device for breast cancer. Instead of Mammography, we have a portable device like a bra. Within 10 seconds you have full 3D imaging of the breast with WiFi equivalent frequencies. The device is not at all painful and comes at a low cost. I believe it is a game-changer as it can allow many women to make prescreening on-time and frequently. We took the same imaging capability and expanded it to smart homes, robotics, and homeland security.