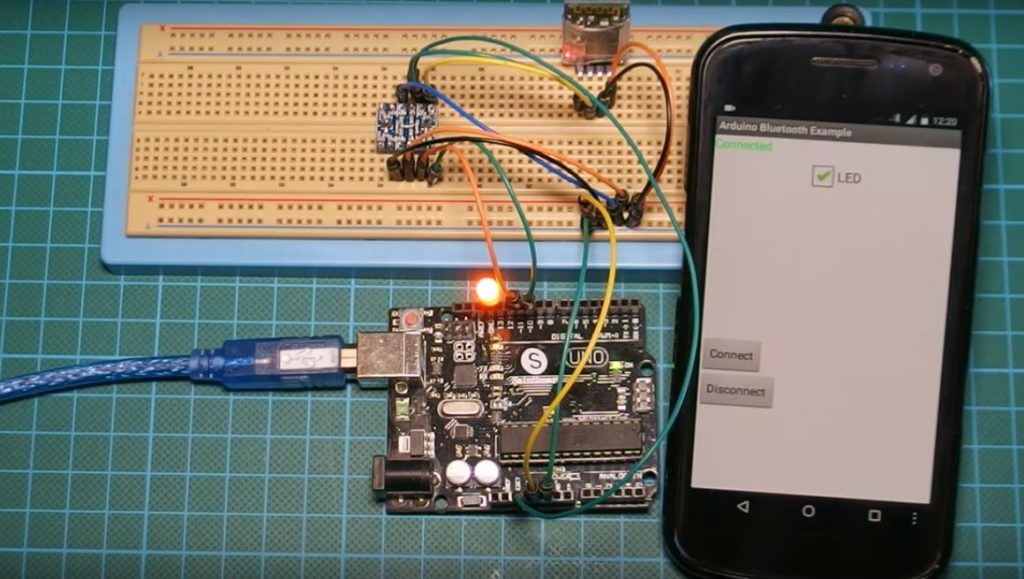 Arduino Communication with an Android App via Bluetooth

With the arrival of the IoT and the need for control, devices now need to do more than perform the basic functions for which they are built, they need to be capable of communicating with other devices like a mobile phone among others. There are different communication systems which can be adapted for communication between devices, they include systems like WiFi, RF, Bluetooth among several others. Our focus will be on communication over Bluetooth.

Today we will be building an Arduino based project which communicates with an app running on a smartphone (Android) via Bluetooth.

Arduino Communication with an Android App via Bluetooth – [Link]