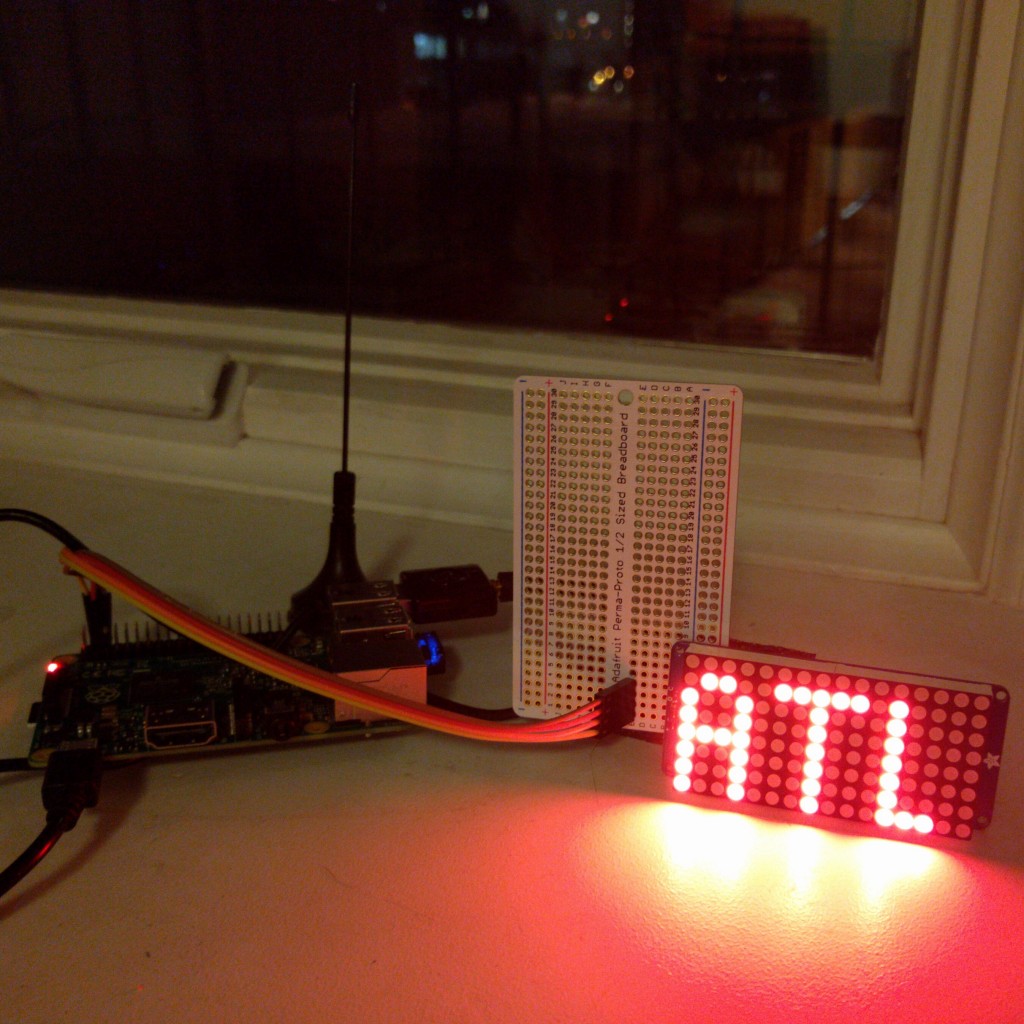 Jeremy B. Merrill lives near the LaGuardia airport and a lot of planes fly over his house all day long, so he decided to build a LED display showing the departure airport of the airplane that’s flying overhead. For that reason he used a Raspberry Pi, a Software-Defined Radio antenna and open source software that collects and decodes special airplane data, such as location, altitude, registration number etc.

Passenger jets reportedly collect one terabyte of data about themselves per flight. Of that terabyte, most airliners broadcast a tiny portion, unecrypted, over the air, via radio systems called ADS-B and Mode S. Every few seconds, they announce their location, altitude, registration number and – usually – the flight number.

Dump1090 is a program that listens to those broadcasts. Its web interface shows each plane’s precise location and path. I can pick up just about any plane within line of sight of my north-facing window in Prospect Heights. I can “see” planes well into Connecticut or Rockland County, but if the plane shows up even over Prospect Park, I often can’t detect it.