With the growing popularity of the Raspberry Pi’s RP2040 and its powerful features, many third-party manufacturers have come up with hardware based on this chip, such as the Adafruit’s Feather RP2040, ItsyBitsy RP2040, and Pimoroni Tiny2040. The company has turned its attention to bringing the same chip to a new form factor, Adafruit QT Py RP2040, the latest Adafruit tiny board incorporating the Raspberry Pi RP2040 microcontroller. It is twice as fast as the original QT Py and has significantly more storage memory.

Adafruit QT Py RP2040 is a compact board with dimensions of 21.8mmx 17.8mm and a weight of 2.2 grams. Hence, this makes it ideal for wearable applications like fitness trackers and watches. The board comes with a USB interface, which is compatible with all operating systems. Power, data, and programming are all accessible through the USB Type-C connector. This connector helps in incorporating it into small projects like wearables as a reversible connector. Hence, making it easier to access and user-friendly. Many USB HID devices, such as mouse/keyboard shortcuts, and MIDI, are powered by the board. 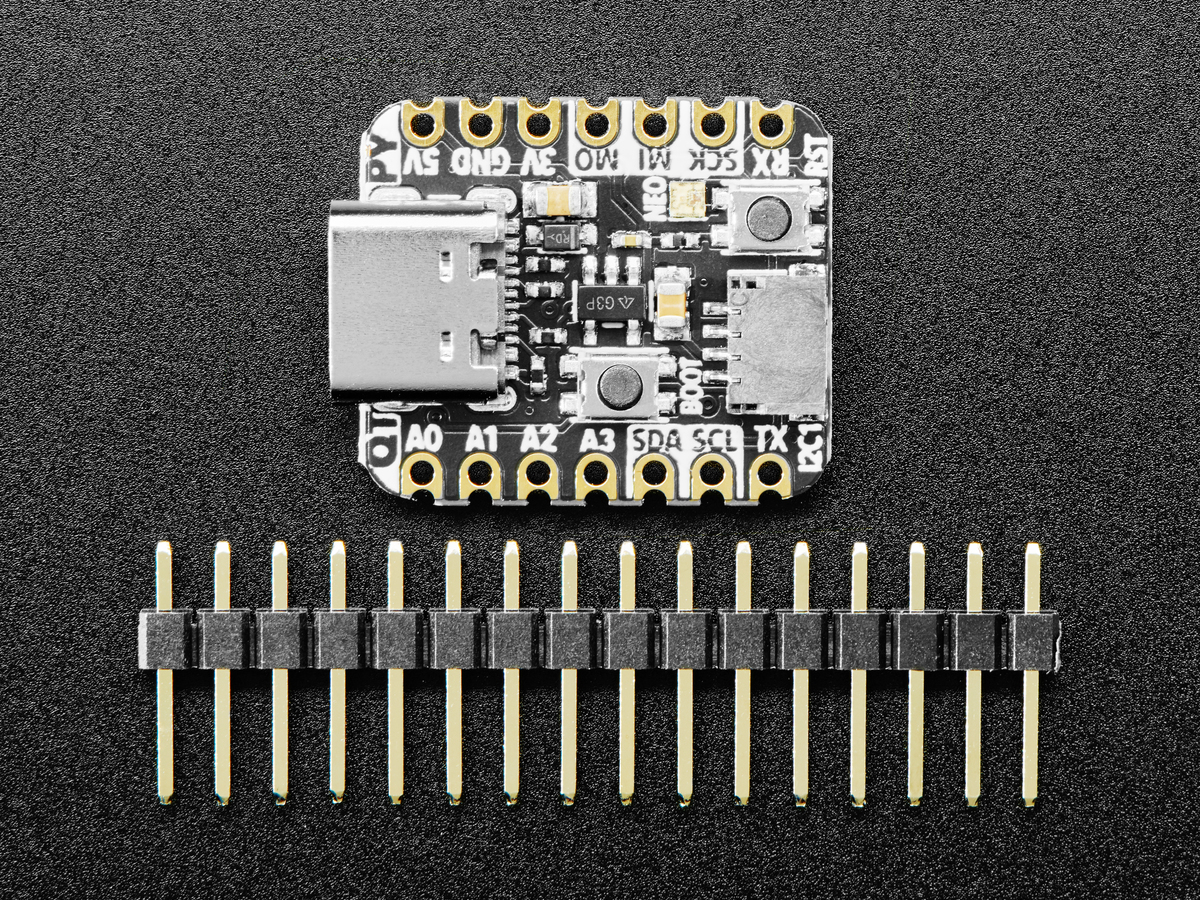 Speaking more about the hardware design, the Adafruit QT Py RP2040 has two push buttons on the topside: boot and reset, for quick restarts. The addition of these buttons avoids unplugging and replugging to reload the code. It also features a built-in NeoPixel RGB LED on the top of the board, which serves as a status indicator and notifies us when our code has issues.

Turning the board over, besides the 264KB of storage offered by the RP2040, the board also has an 8MB SPI flash memory to store project files and CircuitPython/Micropython codes. While using C/C++, you receive the whole flash memory. While using Python, you get the remaining 7MB for storing code, files, images, fonts, etc.

However, unlike SAMD21-based QT Py, this QT Py offers 13 GPIO pins, including four 12-bit ADCs, two I2C channels, and two SPI and UART peripherals. Additionally, it has PWM output on every IO pin for servos, LED’s, etc, and 6 GPIO in consecutive order for PIO compatibility. It has also got a 3.3V pin, a powerful voltage regulator capable of providing 600mA of power to the onboard electronics.

The highlight of QT Py RP2040 is the Stemma QT connector located opposite the USB C port.
“STEMMA is a plug-and-play board and sensor system that lets you quickly plug together various devices and accessories. Including OLEDs and inertial measurement units, without any soldering! Use any SparkFun Qwiic boards! Seeed Grove I2C boards will also work with this adapter cable.”

The Pimoroni Tiny 2040 and Adafruit QT Py RP2040, include a dual-core Cortex-M0+ processor running at 125MHz, a USB-C port, two buttons, several I/O ports, and all of the Raspberry Pi RP2040’s features. CNX Software’s post has brought to our attention that both the boards are almost similar with the same specifications and functionalities, except for the I/O’s. 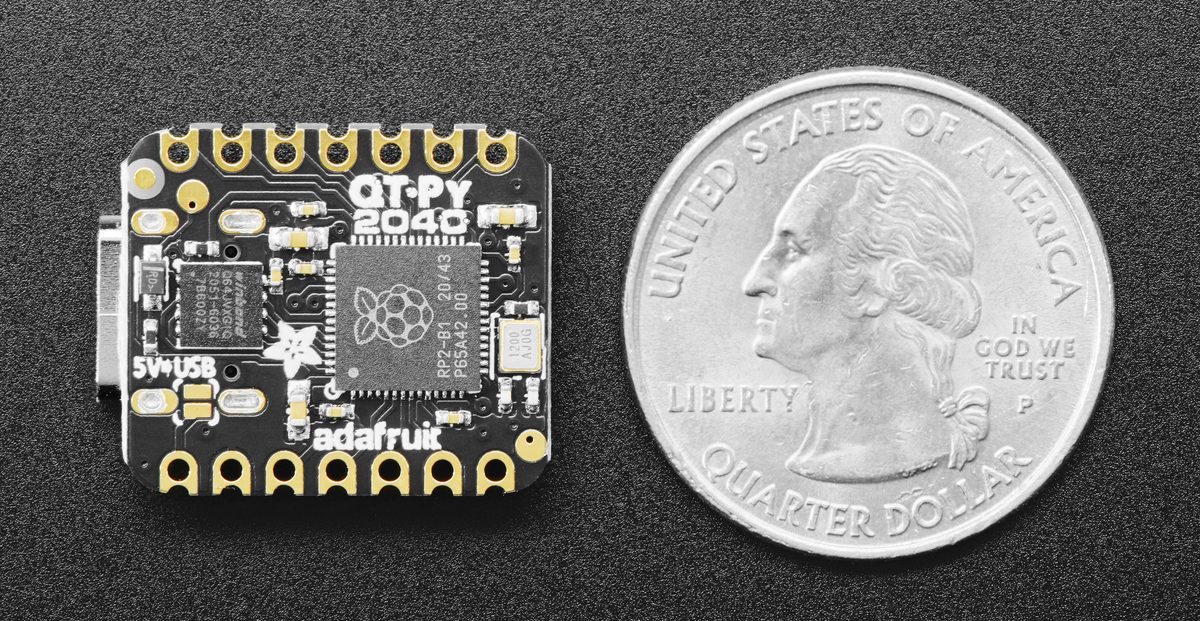 In terms of programming, you can program this board like the pico or any other RP2040 board. It is C/C++ compatible and comes with official MicroPython and CircuitPython ports. Adafruit provides more intensive support for CircuitPython, thus it is preferred for QT Py RP2040 as well. However, there is no Arduino core support for the chip on this board.

The board costs $9.95, but it is temporarily out of stock. To know more about the Adafruit QT Py RP2040, you can visit the product page. Images and technical specifications have also been taken from the Adafruit store’s product page.