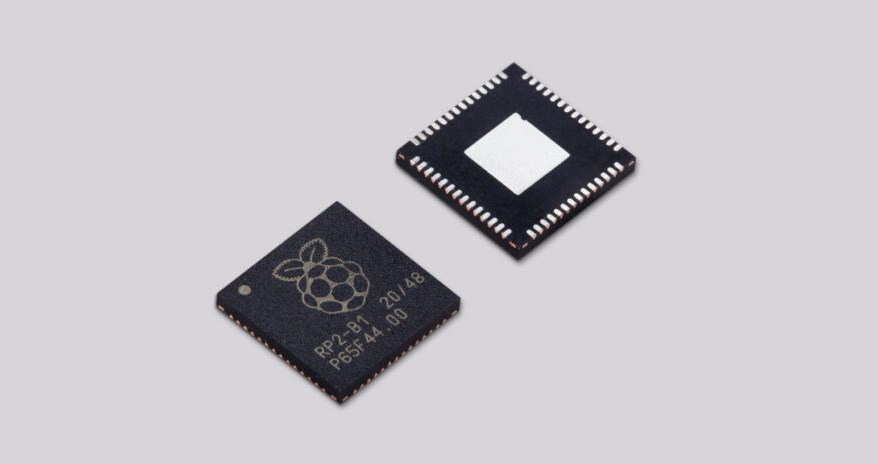 Coming at a time when the global chip shortage is crippling productions across the world, Raspberry Pi Foundation CEO Eben Upton, today shared the news, which will no doubt gladden the heart of many, that the chip at the heart of the Raspberry Pi Pico development board; the RP2040, is now available for sale as a standalone chip at a price of just $1.

Designed and developed in-house by the team at the Raspberry Pi, the RP2040 has enjoyed great reviews since its debut on the Raspberry Pi Pico development board, with features like its large on-chip memory, speed, and a wide range of I/O endearing it to a lot of makers and hobbyists. It has featured on boards like the Adafruit QT Py RP2040, and the Arduino Nano RP2040 Connect which was released just a few weeks back, but it is being made available to regular buyers for the first time since launch.

The availability of the RP2040 in the open market means designers can now use the Raspberry Pi Pico in the design phase and shift to the RP2040 in production, giving ultimate flexibility and opportunity for design engineers, all the combined price of $5.

Packed into a QFN56 7x7mm package, the RP2040 features dual Cortex M0+ cores with up to 133 MHz, backed up by 6 banks of 264KB embedded SRAM, with 30 multi-purpose GPIOs which can be controlled via firmware developed using Micropython, C/C++, FreeRTOS, and Rust, and “Arduino C” thanks to the recent Arduino IDE support for the RP2040, which is expected to make the chip even more popular due to the ease and popularity of the Arduino platform. 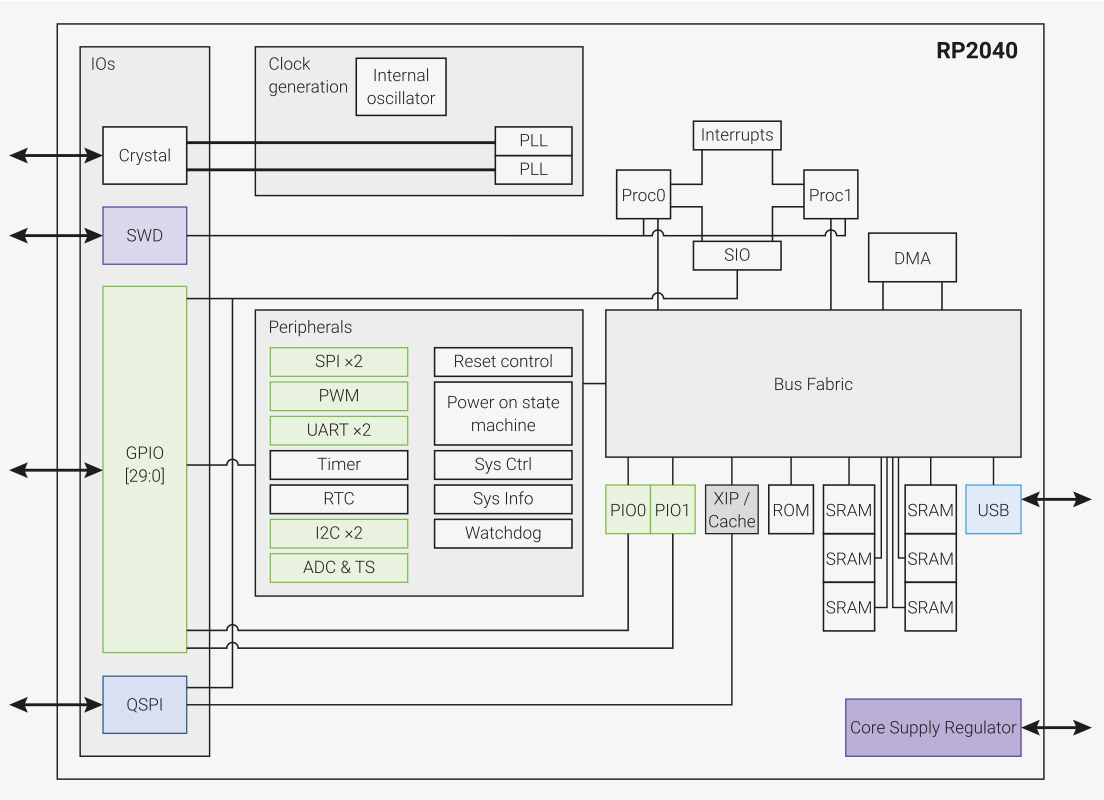 Our RP2040 microcontroller chips are now on sale in single-unit quantities, allowing you to prototype your own projects and products on Raspberry Silicon https://t.co/EwSlLvVLZ5 pic.twitter.com/mqr0jHoMA8

Some highlight features of the RP2040 include:

More details on the features of the RP2040 can be found in our announcement article for the Raspberry Pi Pico.

While prices may begin to vary as it starts arriving in the hands of retailers, the current price per chip according to the foundation’s approved seller is $1, and a yet to be determined discounted price is being expected for the Reel/tape version.

While supply may still be short at the moment as most of the suppliers are sold out at the time of this writing, it is expected to pick up soon as more orders come in.

More information on the RP2040 and sales can be found on the announcement page here.