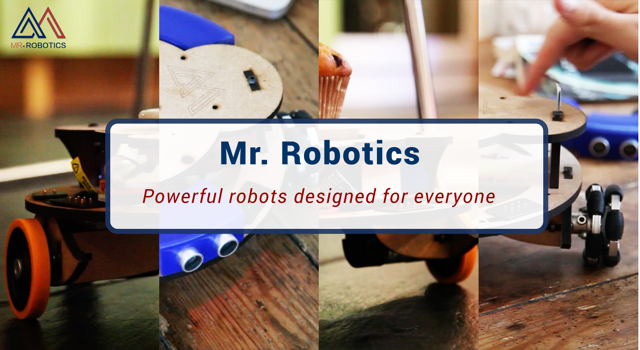 Robby – A Simple and Powerful Robot to Learn Electronics and Programming

Over the years we have seen a significant interest in people wanting to learn electronics and programming but are mostly handicapped with what they could build. Over time, learning has been proven to be more reliable when learning is more practical, and we can quickly grasp the concept if one is seeing what he or she is building in real-time and promptly learn why it works the way it works.

Lego Education robotics which has been around for a while, has allowed students to become active leaders in their education as they build everything from animals for a robotic zoo to robots that play children’s games. Lego has been tremendous, and it has quite helped students grasped the concept of engineering and programming, but one of the significant drawbacks with Lego is; it has not been fully developed for the makers open source movement and also comes with a high-cost price, unlike some Arduino based development environments.

The Arduino has caused a revolution in bringing artists into the world of robotics. It has spawned numerous offshoots from very small to wearable processors. Building something with Arduino requires some necessary electronic circuity skills and basic programming which sometimes could be intimidating for the complete novice. Robby from Mr. Robotics is a new education robot for anyone interested in learning more about robotics while also learning about robotics and programming. Robby is based on the Arduino ecosystem. 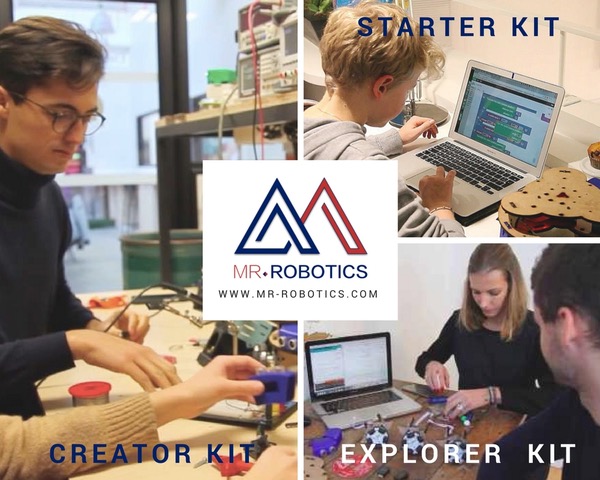 The team from Mr. Robotics based in Lille, France are crowdfunding their new educational robot called Robby, a tool to learn electronics and programming while having fun. The team at Mr. Robotics believe in this technologically advancing world, everyone should have the opportunity to be imaginative and use it for creation and development. That will need to provide the enabling environment for grooming interest in programming while cultivating natural curiosity, Robby could be the tool to bridge those gaps.

“The creativity is the intelligence having fun.”

ROBBY robot is entirely hackable and adaptable with Plug & Play modules for any design scenario. So, today you can design to plug in a particular sensor and decide tomorrow you want another sensor in that position. Just unplug and plug back. The robot kit is fully programmable and allows you to add your own modules and sensors as well as choose your own architecture providing an open source scalable system complete with plug and play sensors. The robot kit is ideal for educational applications as well as keen hobbyists and makers. 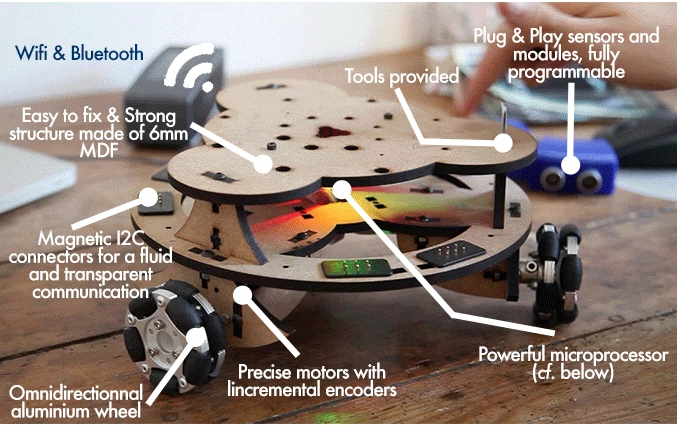 At the heart of Robby is the ARM Cortex-M4F 32-bit microcontroller running up to 120 Mhz, and comes with three 12V DC precise motors and incremental encoders for direction, position and speed measurement. It includes a 12V extra Lipo 3S battery, Wi-Fi, USB and Bluetooth, buzzer and an open chassis for adding modules, sensors, components, and breadboard. Robby can be programmed with Blocky (graphical drag and drop block like programming) and with the Arduino IDE.

The Robby Robot is available to back via Kickstarter with pledges starting from €179 for the starter kit, €199 for the Explorer Kit, and €289 for the Creator kit. Mr. Robotics is offering the option of personalized kits costing up to €550 and some other customized packages. If Robby is successfully funded, worldwide shipping is expected to take place during August 2018.

More information about Robby can be found on their website here and their Kickstarter campaign.