DFI, a global leader in the provision of various high-performance computing technology, has released the smallest AMD Ryzen Embedded R1000 Single Board Computer released so far called the DFI GHF51. We have seen a couple of AMD Ryzen Embedded boards with the likes of the Kontron 3.5″-SBC-VR1000, SAPPHIRE FS-FP5R, and a couple of others and all can be categorized as larger size boards as compared to the typical Raspberry Pi SBCs footprint standards. The DFI GHF51 changes all that measuring at 84 x 55 mm, is about the same size as the everyday Raspberry Pi. 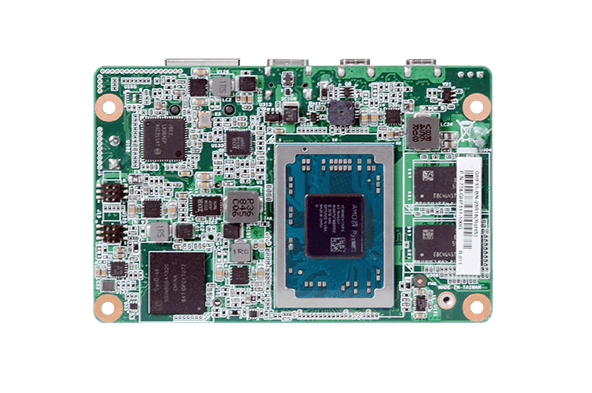 At the core of the DJI GHF51 is the dual-core, quad-threaded performance Ryzen R1000 SoC announced in 2019 by AMD. The GHF51 comes equipped with 2GB, and up to 8GB 3200MHz DDR4 RAM, also eMMC support is included from 16GB to 64GB onboard. Alongside the features mentioned, the board comes with a single GbE port with an option to select from Intel I211AT or I211IT controllers, USB3.1 Gen 2 type C port is available on the board with 2x micro-HDMI display ports capable of up to 4096 x 2160 resolution at 24Hz which all summarized the currently provided preliminary specifications released by DFI. 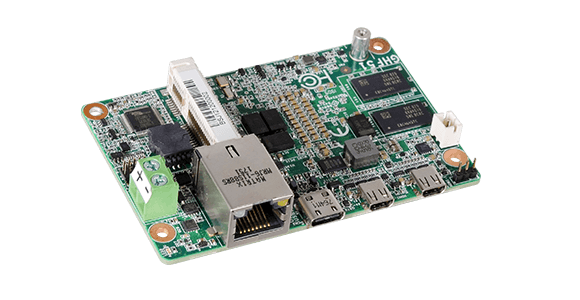 The board is expected to run operating systems booting via UEFI, such as Linux and Win 10 IoT. It comes with an operating temperature of  0 to 60°C and an optional-20 to 70°C operating temperatures as well. The board provides 8-bit DIO, SMBus, and a full-size mini-PCIe slot with PCIe Gen2 and USB 2.0 (or optional USB 3.1 Gen2). There’s also a watchdog, TPM 2.0 chip, and an RTC with coin cell battery. 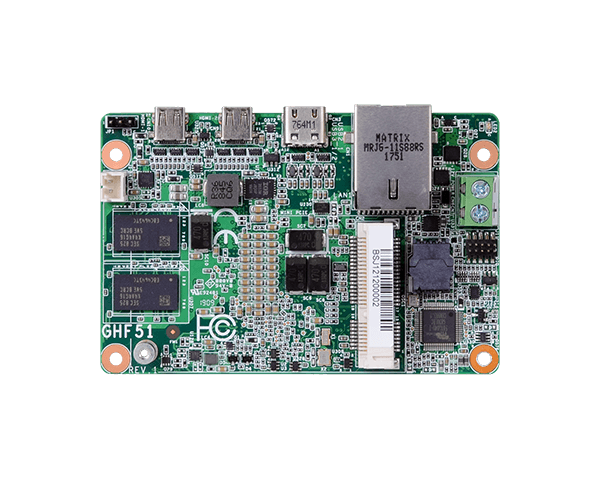