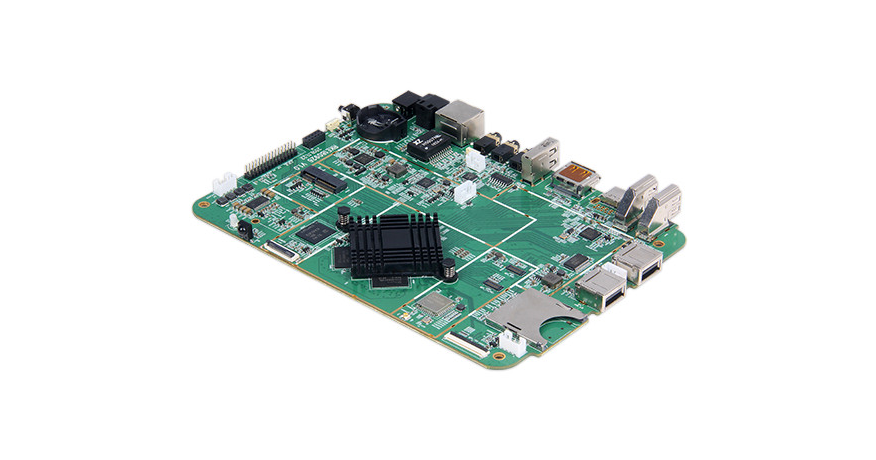 Geniatech Launches AI-Enhanced RK3399Pro Based SBC And 5 Others

Geniatech has posted about the launch of their DB3399 and DB3399 Pro SBCs equipped with the RK3399 and RK3399Pro SoCs, and their specifications. The Android 8.0-powered DB3399 Pro SBC runs the new AI-enhanced RK3399Pro version of the hexacore SoC.  A similar DB3399 SBC is also launched with the standard RK3399 SoC, as well as a smaller, RK3399-based Developer Board 9 (DB9) SBC.

The DB3399 Pro is quite powerful as it’s based on the RK3399Pro SoCs – the same SoC that also drives Vamrs’ Toybrick RK3399Pro, as well as the upcoming, crowdfunded Khadas Edge-1S SBC from Shenzhen Wesion’s Khadas project. The RK3399Pro is the same as the original RK3399 SoC with 2x 1.8GHz Cortex-A72, 4x 1.4GHz -A53, and a Mali-T860 GPU, except for the addition of an up to 3.0-TOPS performing Neural Network Processing Unit (NPU). The NPU supports Tensorflow, Tensorflow Lite, Caffe, and other deep learning models.

The DB3399 Pro is powered by Android 8.0 and is equipped with 3GB to 6GB LPDDR3 and 8GB to 32GB eMMC. The similar DB3399 board is a lower-spec version of the Pro one. It’s listed with Android 7.1 and offers 2GB to 6GB LPDDR4. The DB3399 defaults to 16GB eMMC, although you can purchase it with 8GB or 32GB. It lacks the Pro model’s RS232 and SATA ports, as well as its GPS, UART, and reset button. There are 5x USB 2.0 interfaces instead of six. A GbE port with Power-over-Ethernet (PoE) is available along with WiFi-ac and Bluetooth 4.2.

Media features include HDMI in and out ports, eDP, and MIPI-DSI interfaces, and a USB Type-C port with DisplayPort support. You also get 2x MIPI-CSI for attaching camera modules, plus SPDIF, a speaker, and several analog audio jacks.

The important features of DB3399/Pro:

The DB3288 features HDMI in and 2x HDMI out ports, a DisplayPort, eDP, and MIPI-DSI interfaces, 2x MIPI-CSI, and a separate camera interface. There’s also an audio header, 2x USB 2.0 host ports, and a micro-USB OTG. Other features include I2C, SPI, I2S, RS232, and a 12V/3A input.

Pricing, availability, and other relevant information for the DB3399 Pro, DB3399, DB9, DB3288, and DB5 SBCs can be found on Geniatech’s product page.