Geniatech, a leading OEM/ODM company specialized in providing open android based hardware and software platforms has returned with an android-supported XPI-S905X2/X3/X4 SBC built with a choice of three quad-core Amlogic SoCs: the Cortex-A53 based S905X2 and the Cortex-A55 based S905X3 and S905X4.

The Amlogic’s quad -A53 S905X2 SoC is an updated version of the S905X that was used in the XPI-S905X board while the 12nm fabricated, quad -A55 Amlogic S905X3 is a modest -A55 based update of the S905X2 with the addition of an optional 1.2-TOPS NPU and Cortex-M MCUs. The S905X4 on the other hand appears to be almost identical to the S905X3, just that there is additional support for the new AV1 codec at up to [email protected] The S905X4 is also primarily aimed at the Android set-top market, which is the company’s specialty. 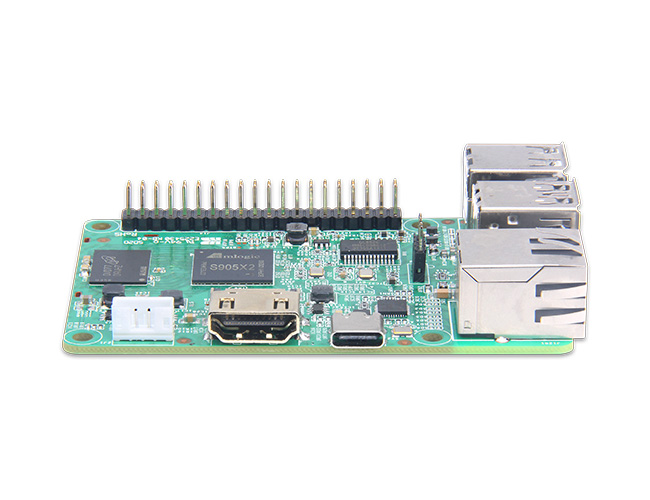 Key Features and Specifications of the XPI-S905X2/X3/X4 SBC include:

The XPI-S905X2/X3/X4 SBC also referred to as the 4K Single Board ARM PC is designed for a number of applications in fields like education, industrial control, etc.

Compared with other open-spec boards that are almost similarly configured, like the Banana Pi BPI-M2 Pro and the slightly more feature-rich Odroid-C4, the XPI-S905X2/X3/X4 appears to be less expensive but proprietary and without much in public documentation.

The XPI-S905X2 and XPI-S905X3 are currently available and are sold for $35 and $42 respectively, while the XPI-S905X4 seems not to be available yet. The board comes with an optional wireless module that is also available and sold for an additional $5.

Other useful details on the SBCs as well as where to purchase them may be found on the product page.