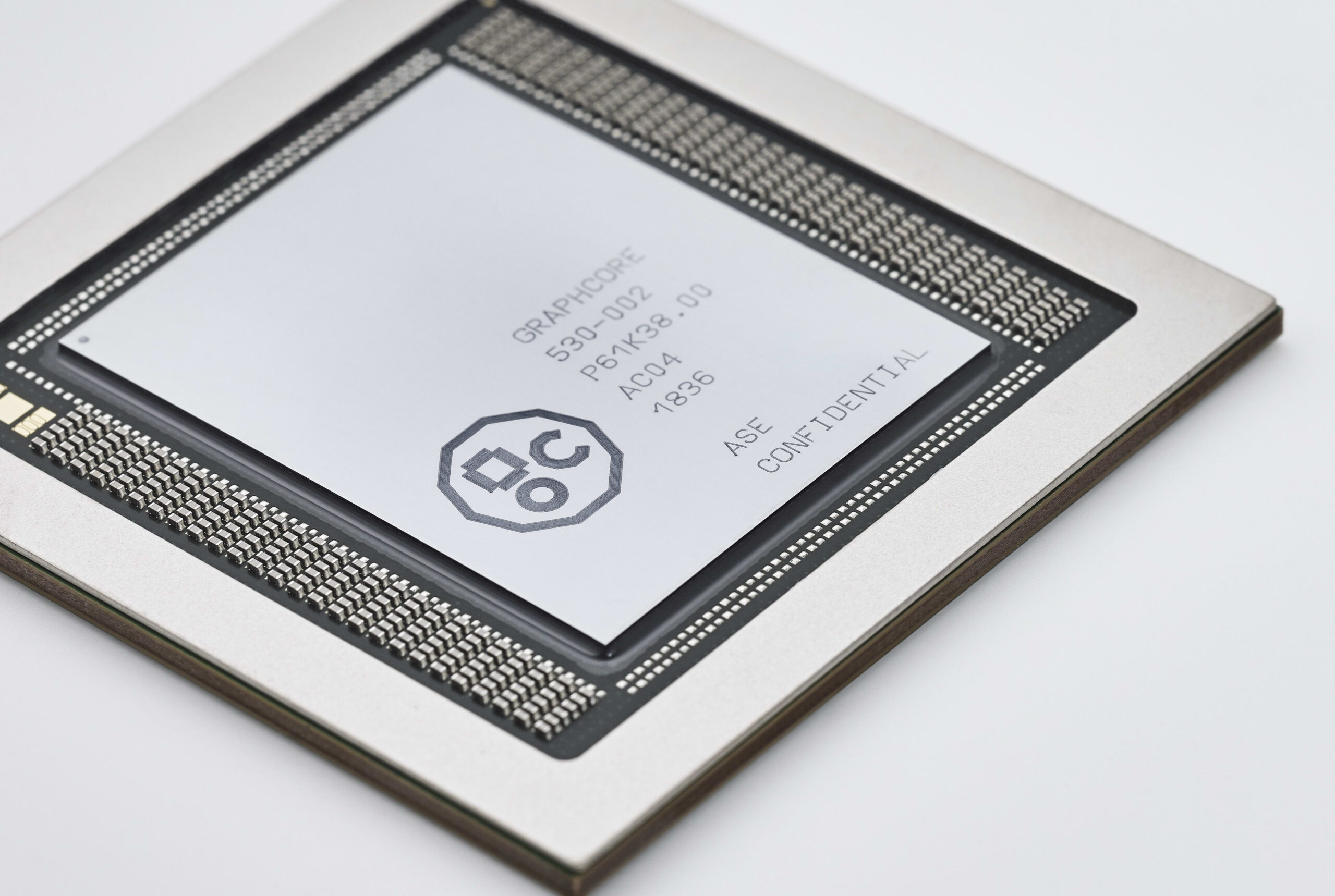 The company has also introduced a 1U board containing four GC200 processors that it calls the IPU-Machine or M2000.

The chip is manufactured by foundry TSMC in a 7nm FinFET manufacturing process allowing far greater integration than was possible with Graphcore’s first IPU, which was implemented in TSMC’s 16nm FinFET process.

Graphcore CEO Nigel Toon described the GC200 as “the world’s most advanced processor” in a Youtube video stating it contains 59.4 billion transistors, 1,472 independent processor cores able to support 8,832 computing threads in parallel. The chip has also tripled the amount of on-chip memory able to support processors moving up to 900Mbytes.

This results in a naked maximum performance of 250 TeraFlops of AI compute at FP16.16 and FP16.SR (stochastic rounding). The GC200 supports much more FP32 compute than any other processor, the company has claimed.

As with the first IPU the GC200 was designed to use Graphcore’s Poplar software development and management environment. However, the company has also introduced changes in data storage to increase off-chip memory bandwidth to 180Tbytes per second and in inter-IPU communications fabric, Toon said.

The net result is an 8x improvement in benchmarked performance compared to the first IPU. The company claims that systems based around its M2000 racks will be 16 times higher performance than similar ones based on 7nm GPUs from Nvidia.

The IPU-M2000 delivers 1PetaFlop of AI compute and up to 450Gbytes of memory. The newly developed IPU-Fabric enables the building of IPU pods for data centres connecting up to 64,000 IPUs. The M2000 is priced at $32,450.