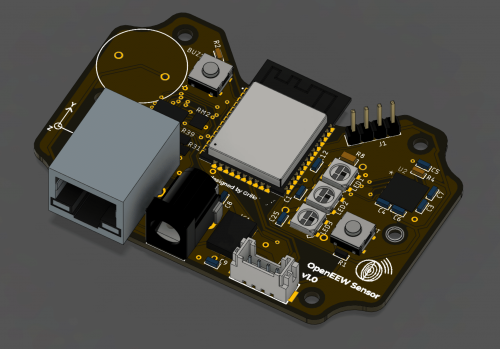 Earthquakes are shifts or vibrations in the earth’s crust caused by a sudden release of violent energy and the effects that come with them, especially with the large ones, can be devastating. The earlier citizens are warned ahead of its occurrence, the better their chances of survival.

Fair enough, a number of earthquakes early warning systems already exist, but most of these systems are typically centralized and built on expensive equipment. The good news is that Grillo, a distributed sensor expert – in partnership with Linux Foundation and global tech giant, IBM – have open-sourced an IoT-based earthquake early warning system, believed to potentially save lives in the future, called OpenEEW.

Speaking about the origin of the project, Grillo founder, Andres Meira said,

“For years we have seen that EEWs have only been possible with very significant governmental financing, due to the cost of dedicated infrastructure and development of algorithms. We expect that OpenEEW will reduce these barriers and work towards a future where everyone who lives in seismically-active areas can feel safe.”

Speaking also on the OpenEEW being

“the very best in technology and open source”, was Mike Dolan, Senior Vice President and GM of Projects at the Linux Foundation. Dolan said the Linux Foundation is “pleased to be able to host and support such an important project and community”, adding that the OpenEEW project will accelerate the creation of low cost, community-driven projects across the world.

The OpenEEW, by contrast to other EEW systems, can run on a Raspberry Pi single-board computer with a bare-minimum outlay on additional hardware. It is based on low-cost high-performance MEMS accelerometers and is equal with professional seismometers in performance but 60 times less expensive. The sensor also has WiFi and Ethernet connectivity for sending readings back to the central server, a loud buzzer, and 3x bright Neopixel LEDs for alarming. The operating voltage is 3.3V with a current of 1A (maximum).

IBM on its own part, added a new dashboard for the Grillo’s earthquake sensor to visualize sensor readings and thereafter sent out six of the sensor systems to conduct tests in Puerto Rico. The company, through it’s Chief Technology Officer of Call for Code, Daniel Krook, said it will continue to collaborate with Grillo and the Linux Foundation to bring contributions to the openEEW project.

More information on the OpenEEW project including how to deploy your own sensors, detect earthquakes and send alerts, is available on the project’s website and on the project’s GitHub repository.