Skip to content
HomeBlog Program Pi, BeagleBone and Other Linux SBCs On The Arduino Create Platform 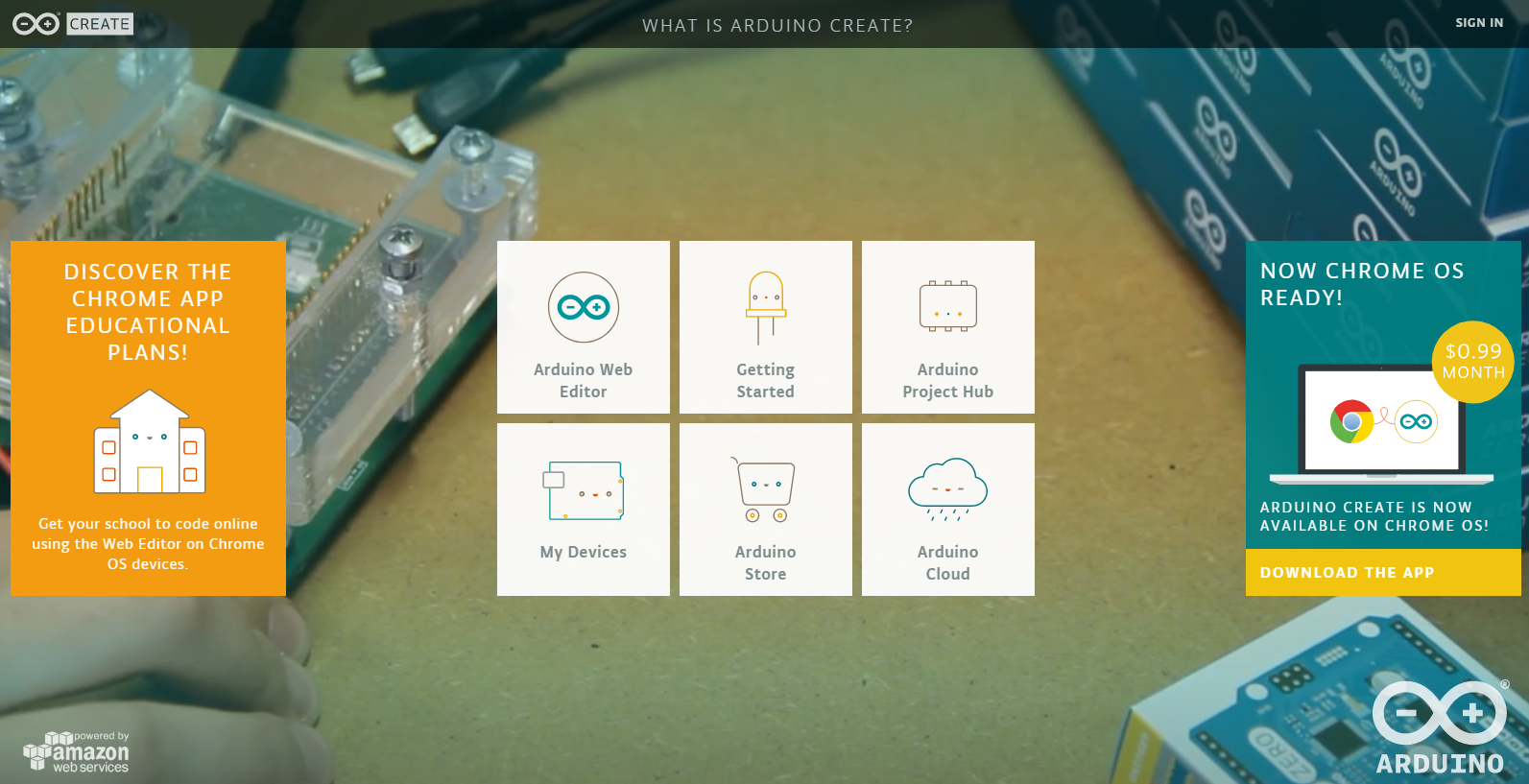 Program Pi, BeagleBone and Other Linux SBCs On The Arduino Create Platform

We have seen the massive ecosystem the Arduino has built and established over the last few years and this has made developing with Arduino quite leisurely. It is way easier to solve a programming issue or hardware issue with Arduino unlike other hardware boards mostly due to its community.  Arduino Create is an online platform by the Arduino Team that simplifies building a project as a whole, without having to switch between many different tools to manage the aspects of whatever you are making.

Arduino Create is excellent especially for people already used to build stuff with Arduino boards, but what about the likes of Raspberry Pi, BeagleBones, and other makers board? The Arduino boards are great, especially the famous Arduino Uno, but this board still have it’s limitations too. The Raspberry Pi/BeagleBone on the other hand could take some task that the 16MHz Arduino Uno will never dream of doing, but this will also require makers and developers to begin learning new hardware (could be daunting for beginners). But this is changing now, as Massimo Banzi, CTO, and Arduino co-founder announced an expansion of Arduino Create to support Arm boards which will provide optimized support for the Raspberry Pi and BeagleBone boards.

Arduino Create now integrates Raspberry Pi, Beaglebone and other Linux based SBCs ─ all with IoT in mind. The introduction of ARM boards (Raspberry Pi, BeagleBone, AAEON® UP² board, and Custom ARM boards) follows the vision of the Arduino’s goal for the Create platform. A vision to build a full featured IoT development platform for developing IoT (Internet of Things) devices quicker, faster, and easier than ever before, intended for Makers, Engineers or Professional Developers. Arduino Creates brings the Arduino framework and libraries to all these SBCs, officially, changing the development game in a big way. 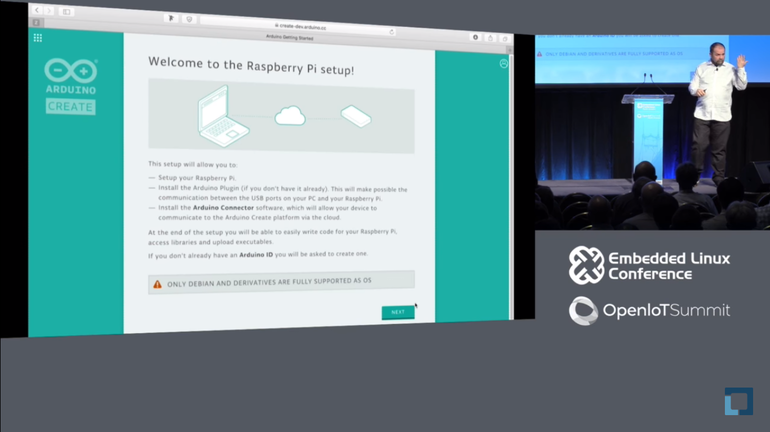 “With this release, Arduino extends its reach into edge computing, enabling anybody with Arduino programming experience to manage and develop complex multi-architecture IoT applications on gateways,” stated Massimo Banzi in a press release. “This is an important step forward in democratizing access to the professional Internet of Things.”

Raspberry Pi and other Linux based ARM boards can now leverage the community surrounding the Arduino Create Platform that offers support for step-by-step guides, examples, code, schematics and even projects. Although the SBC support is brand new, resources surrounding SBCs is sure to grow, in short time. Import from or sharing with the community is easy too.

Multiple Arduino programs can run simultaneously on a Linux-based board and interact and communicate with each other, leveraging the capabilities provided by the new Arduino Connector. Moreover, IoT devices can be managed and updated remotely, independently from where they are located. 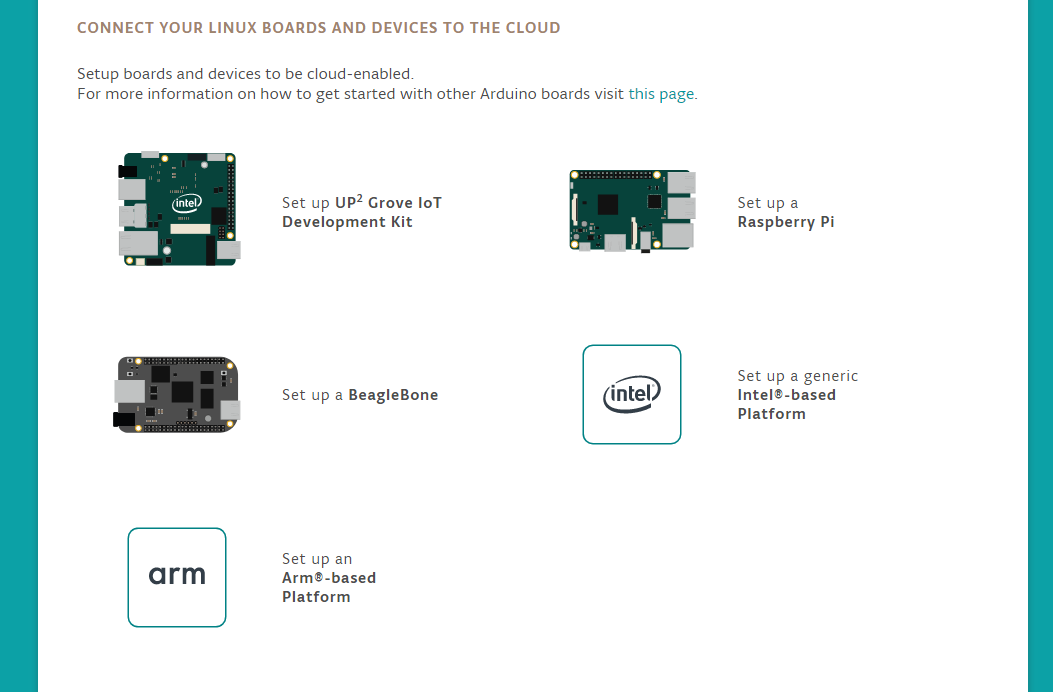 Getting started with Arduino Create for the Linux SBCs is quite easy and straightforward. One merely connect the Raspberry Pi, or whatever SBC of choice to a computer and connect it to the cloud via Arduino Connect or via USB using the Arduino Plugin (This will make possible the communication between the USB ports on your PC and your Arm®-based Platform.). To start developing, upload sketches (programs) from the browser to the SBC. No need to install anything to get the code to compile, everything is up-to-date. This may become a standard way to develop on these platforms.