Skip to content
HomePartsRUEF300 – A fuse which never blows 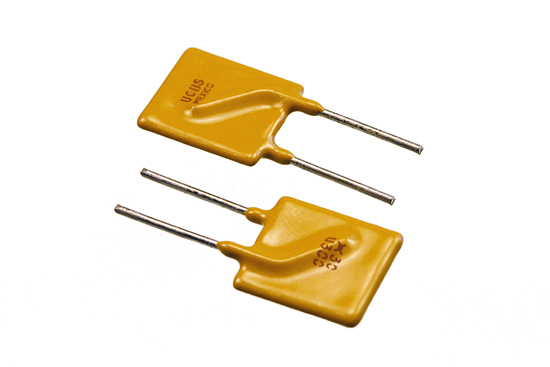 RUEF300 – A fuse which never blows

Surface-mount fuses do a good job at protecting components from burning up – sadly, exchanging them is not a simple task manageable by end users. LittelFuse‘s RUEF series provide an attractive alternative, which is not widely known.

Parts like the RUEF300 are based on the concept of the PTC. Designers switch them in series with the load, meaning that the parts normally have a pretty low resistance (less than 1 Ohm). Current flows through them, their substrate temperature increases by the well-known thermal effect.

While the normal PTC changes its value linearly or exponentially, the resettable fuse jumps when reaching a specific temperature. At this point, the resistance increases dramatically, thereby dissipating most – but not all (!!!) – current through the load. When the overload situation ceases, the substrate cools off and restores normal current flow.

This makes PTC resettable fuses ideally suited for all cases where stupidity can cause transient shorts. A classic example would be a USB port – users tend to plug in things which they should not. Protecting the hub with a PTC is the best course of action: once the offending peripheral is removed, normal operation resumes without customer service action. 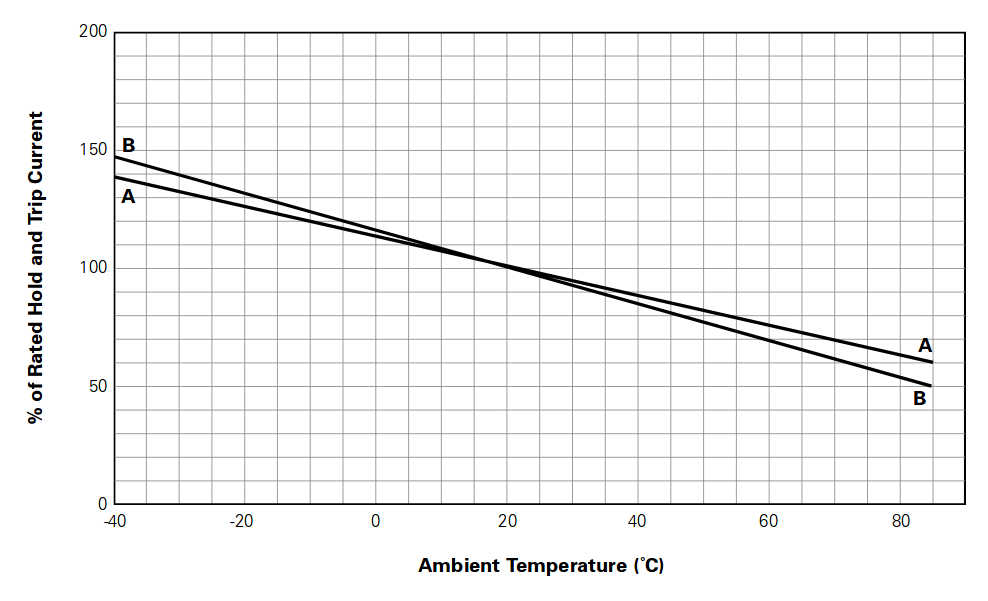 Beware of the consequences

The large thermal capacitance of the part leads to a relatively slow switching process – while a normal fuse can switch out in less than a second, the part on hand can take up to 10 seconds in a worst-case scenario. Our figure shows the problem: as the ambient temperature changes, the jump point changes too – in some cases, the tripping current can half itself.

Now that we got the classic principle of function sorted, let us look at a practical example. The RUEF300 mentioned in the introduction can handle 30V DC or AC and is guaranteed to survive to either 100A DC or 70A RMS.

Switching takes place at a trip current of 6A, with the hold current level being set at 3A. In clear words, 3A can flow through the part forever. A current of 6A causes the part to trip eventually. The emphasis is on eventually: When loaded with 15 Amps, LittelFuse promises that the switching will take less than 10.8 seconds – not a fast part by any means.