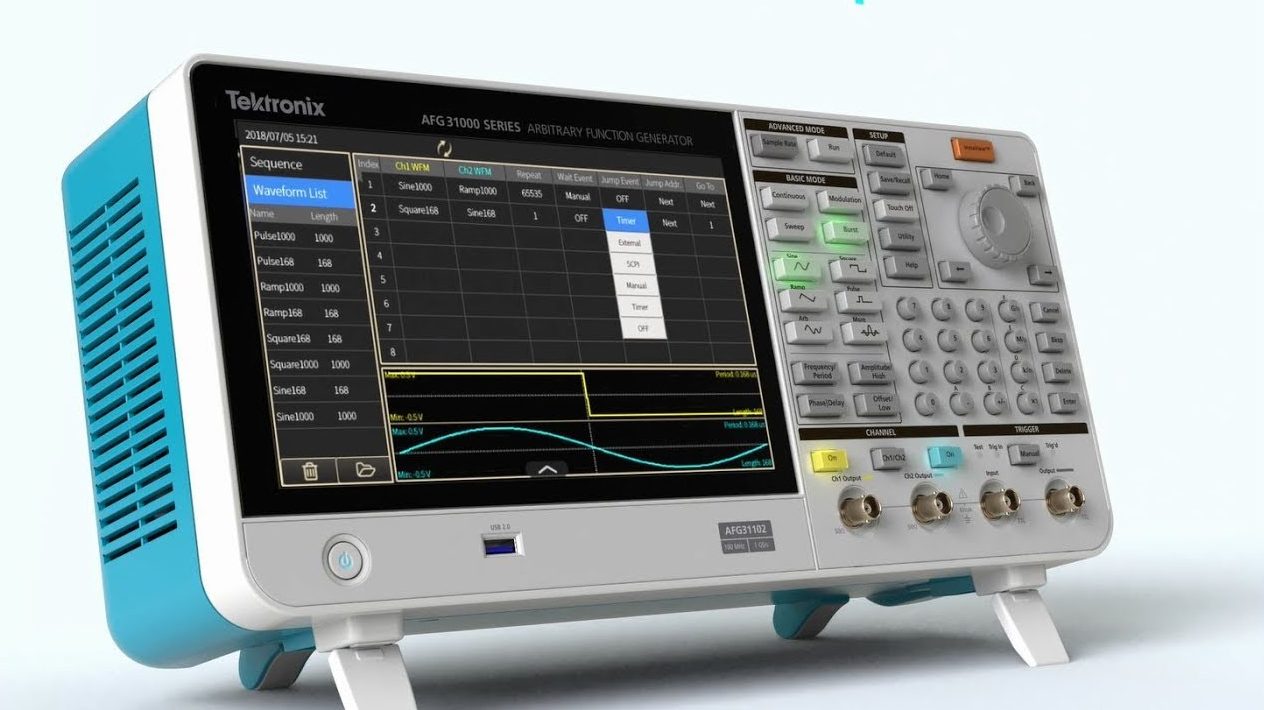 The AFG31000 Arbitrary Function Generator from Tektronix is designed for the demanding performance expectations throughout the product realisation process. The instrument incorporates a 9-inch capacitive touch display and a shallow menu tree that make locating and changing settings quicker, whilst also making browsing easier.

The AFG31000 series sports a 9-inch capacitive touchscreen that allows users to zoom in on areas of a waveform in unprecedented detail. All related settings and parameters can be viewed on a single screen via a shallow menu tree. An intuitive user interface allows users to tap or swipe to browse, locate, select and edit settings, cutting the time required to learn and operate the AFG.

The AFG31000 series debuts a new patented feature known as InstaView, designed to eliminate impedance mismatch problems. Conventional AFGs assume they are driving a 50Ω impedance, but few devices under test (DUTs) actually have that impedance, leading to inconsistencies between the waveform set on the AFG and the signal at the DUT.

InstaView addresses this problem by monitoring the waveform at the DUT on the AFG, allowing waveform verification without the need for additional cables or instruments. The waveform display responds to changes in frequency, amplitude, waveform shape and DUT impedance in real time. Alongside conventional AFG operating modes, the AFG31000 series provides an ‘Advanced’ mode that allows programmable waveform sequencing.

In Advanced mode, the AFGs up to 128 Mpts of waveform memory can be segmented into up to 256 entries. Users can drag and drop long waveforms, or multiple waveforms, within the sequencer and define how they are output. For engineers requiring long non-repeating waveforms, or multiple waveforms with complex timing, the AFG31000 series offers a significantly more affordable alternative to expensive arbitrary waveform generators (AWGs).

Another new feature built into the AFG31000 series is the ArbBuilder tool, which lets users create and edit arbitrary waveforms directly on the AFG, using templates and an equation editor, rather than having to create them on a PC and transfer them over.

Alternatively, waveforms captured by an oscilloscope can be saved as .csv files and loaded directly into the AFG using ArbBuilder.