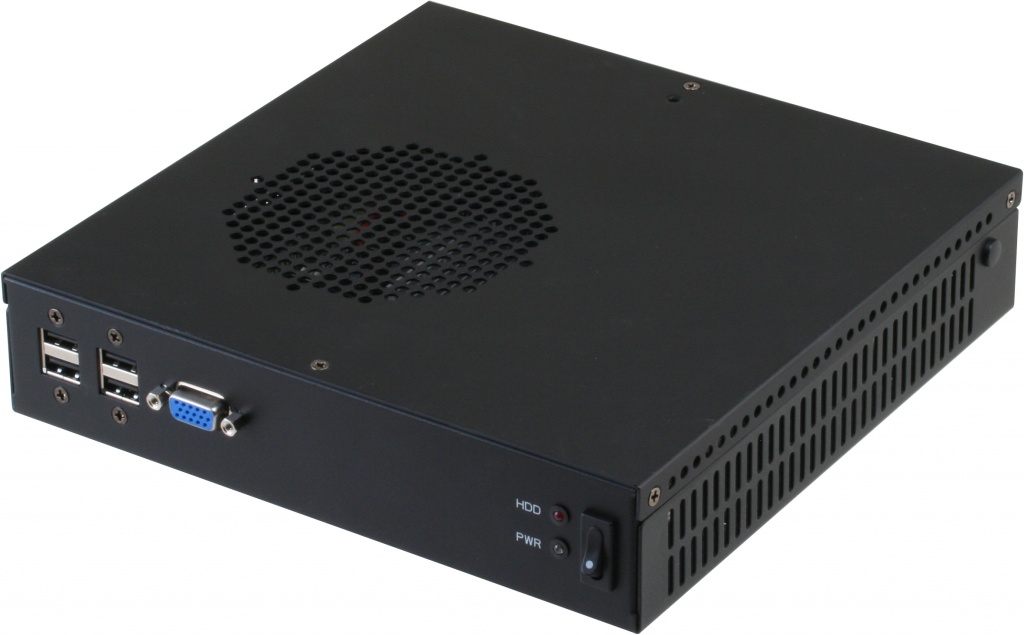 AAEON, a major developer of innovative industrial systems, releases the ACS-1U01 Series, a range of turnkey solutions that capitalize on the strength of three of its bestselling SBCs. By enclosing the boards inside a tough 1U chassis, AAEON is giving customers a ready-to-go system for use in a variety of applications including industrial automation, POS, medical equipment, digital signage, and transportation.

The three models – the ACS-1U01-BT4, ACS-1U01-H110B, and ACS-1U01-H81B – feature a tough, 44.45mm-high chassis with a wallmount kit and 2.5” HDD tray. The low-profile, low-power-consumption systems have full Windows and Linux support, they can be expanded via full- and half-size Mini-Card slots, and heatsinks give them operating temperature ranges of 0oC~50oC.

The ACS-1U01-BT4 houses AAEON’s EMB-BT4 motherboard, which can be fitted with either an Intel® Atom™ J1900 or N2807 processor. The J1900 can be used with a pair of DDR3L SODIMM sockets for up to 8GB dual-channel memory, while the N2807 can be used with a single DDR3L SODIMM socket. The board’s extensive I/O interface provides the system with a GbE LAN port, dual independent HDMI and VGA displays, a USB3.0 port, up to seven USB2.0, and up to six COM ports.

The ACS-1U01-H110B contains AAEON’s EMB-H110B, which is built to accommodate up to 65W 6th/7th Generation Intel Core™ i Series socket-type processors and supports up to 32GB dual-channel memory via a pair of DDR4 SODIMM sockets. Dual independent display is possible through two HDMI ports, or the option of DP connections. The system also features a GbE LAN port, four USB3.0 ports, four USB2.0 ports, and a COM port.

The ACS-1U01-H81B is built around AAEON’s EMB-H81B, which is designed for 4th Generation Intel Core i Series socket-type processors with TDPs of up to 65W. Two SODIMM sockets allow for up to 16GB dual-channel DDR3 memory, and HDMI, DP, and optional VGA ports enable dual independent display. The system has two GbE LAN ports, two USB3.0 ports, and six USB2.0 ports.

By developing a versatile chassis for some of our bestselling Mini-ITX motherboards, we’re making it easier for customers to develop effective applications,” said Lauren Luo, AAEON product manager. “Short lead times and full product testing mean that customers can maximize ROI and enjoy an increased level of reliability.