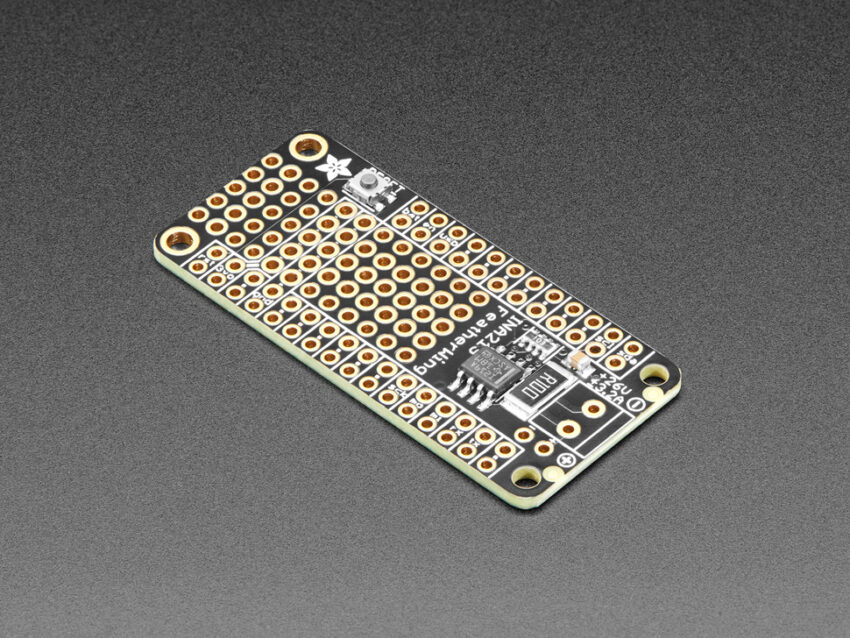 Adafruit Redesigns the INA219 Power-Monitoring FeatherWing Due to Component Shortages

It’s been well over a year now that the IoT market has been battling against the ongoing industry-wide component shortages and this has no doubt caused huge financial losses for companies served by these chips. While this global crisis continues to linger on with no certainty as to when it is likely to end, electronic industries are beginning to find ways to bring relief to their operations.

Adafruit has now updated its INA219 FeatherWing designed for power monitoring applications, retaining all the features of the original design but giving it an accuracy that will now vary depending precisely on the parts the company can get its hands on at the time.

“Due to the severe chip shortage, we have had to update this design to use either the INA219A or INA219B and in SOT-23 or SOIC package – whether we are able to get on the market!,” Adafruit writes.

“Instead of struggling with two multimeters,” the company says, “you can just use the handy INA219 chip on this breakout to measure both the high side voltage and DC current draw over I2C with 1 percent precision.” The INA219 FeatherWing is built around Texas Instrument’s INA219 current shunt and power monitoring chip and can work with any and all Feathers including the new Particle Argon, Boron, and Xenon.

The INA219 FeatherWing is super simple to use. It communicates over I2C and it is still possible to change the I2C address to have up to 4 of the Wings on one Feather. The INA219 is smarter than most of the average current-measuring devices which are only good for low-side measuring. For many of them, you may have to stick the measurement resistor between the target ground and true ground, and this can in turn cause problems with circuits as electronics do not like it when ground references change and move with varying current draw. The INA219 however is powered with 3.3V and can handle high-side current measuring up to +26VDC. 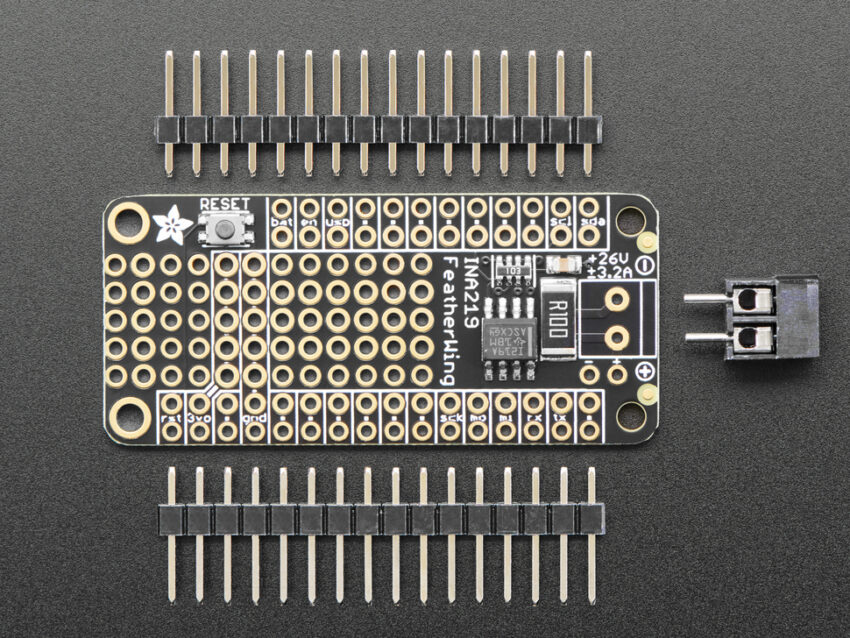 The new design of the INA219 FeatherWing still measures the same 51mm by 22.8mm by 3.6 mm and weighs 3.4g. It is now available in the company’s store for $7.95 with a discount that applies if you are buying more than 10.