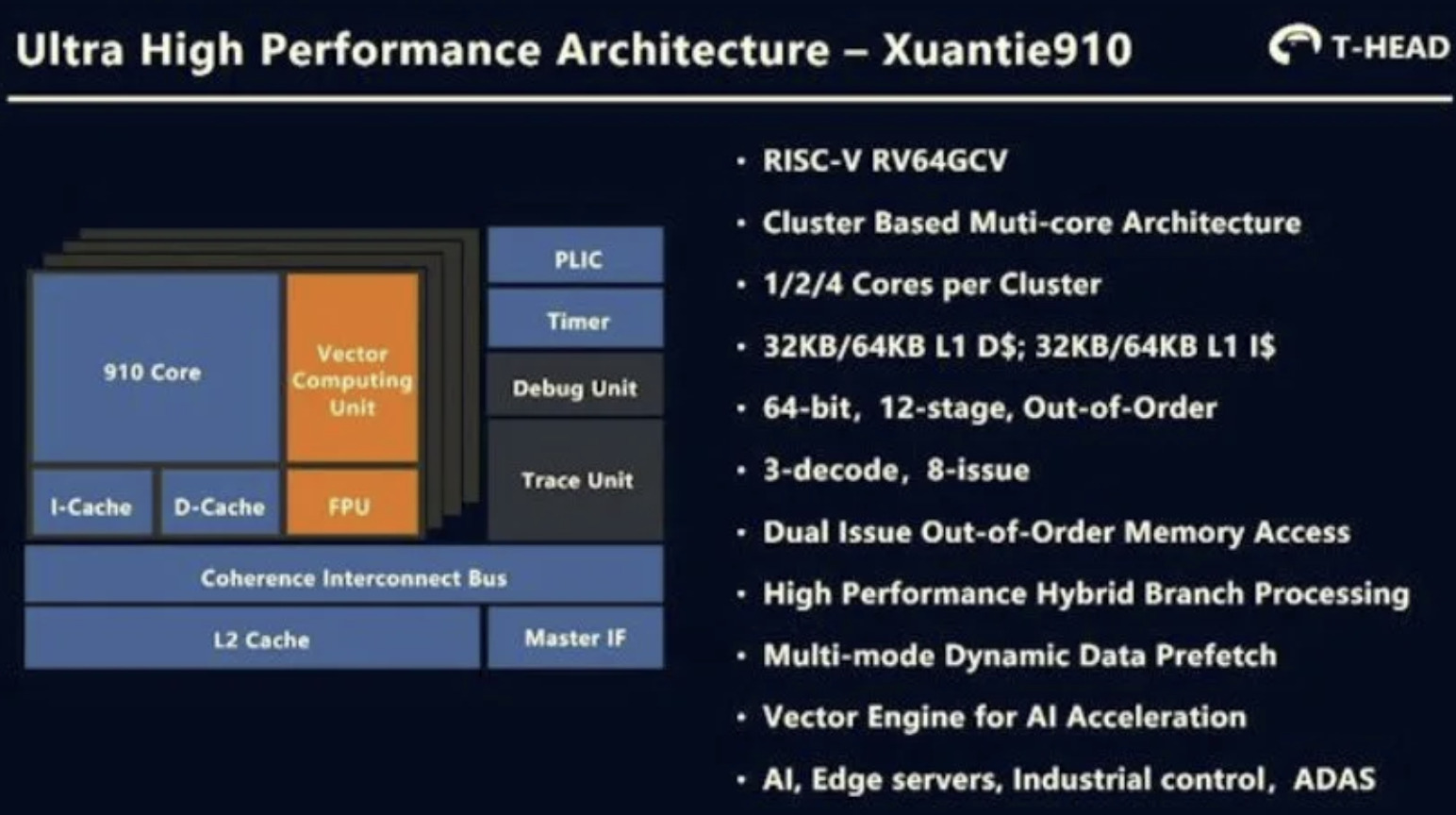 As at the time of its release in July 2019, not much was said about the XuanTie 910 except that it was targeted towards the high-performance end to end 5G, AI, and autonomous driving applications. But during the virtual Hot Chips 2020 conference held recently, Alibaba gave more insight on the overview of the processor, how it stacks up to Arm’s Cortex-A73, and a glimpse of what they plan for down the road.

Alibaba claims the XT910 (XT stands for Xuantie, which is a heavy sword made using dark iron), is the most powerful RISC-V processor to date. The performance of the XT910 was compared to Cortex-A73 (Kirin 970) with the same L1 cache capacity, and the results showed that Alibaba chip outdistanced the Cortex-A73 in a number of the benchmark parameters. We are however not sure if the benchmarks included the RISC-V Turbo extension.

Some features and specifications of the XT910 processor include:

Yu Pu, edge product lead for T-Head semiconductor, the Alibaba organization that designed the chips said Alibaba is looking to make RISC-V the basis for its cloud and edge computing infrastructure. He admitted that the RISC-V is not “mature enough” in terms of technology and ecosystem”, but they are confident it holds a lot of potentials and wants to work with the open-source community to improve it.

The company also revealed that the XT910 is the first in the line of what they plan to roll out as they have added a low power XT902 microcontroller core (Cortex-M0+ class) with hardware TEE to the league. Plans for others  – including the XT903, XT905, XT907, and XT908 – that will come with different embedded performance and power levels, are also on top gear. 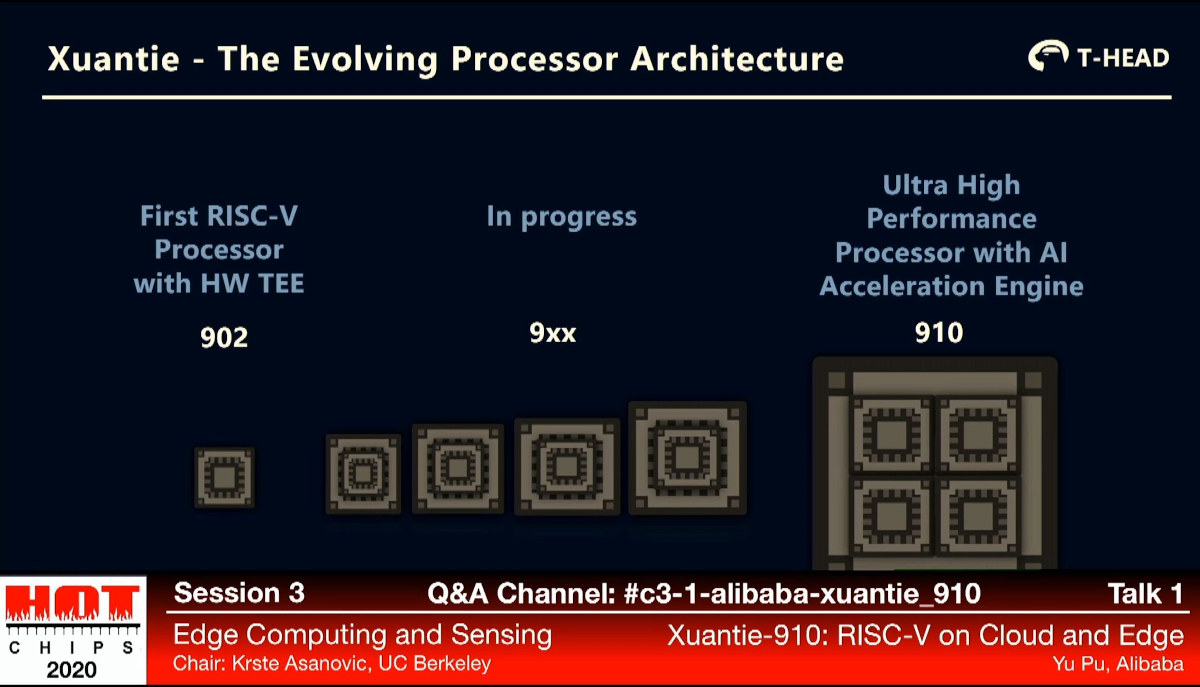 Like Google, a lot of cloud companies are beginning to show interest in the development of processors and microcontrollers that allows users to consume their services in unique ways. With the Google Coral Series and these new lines of Processors and microcontrollers from Alibaba, we are definitely in for a highly competitive high-performance computing future. [via www.cnx-software.com]