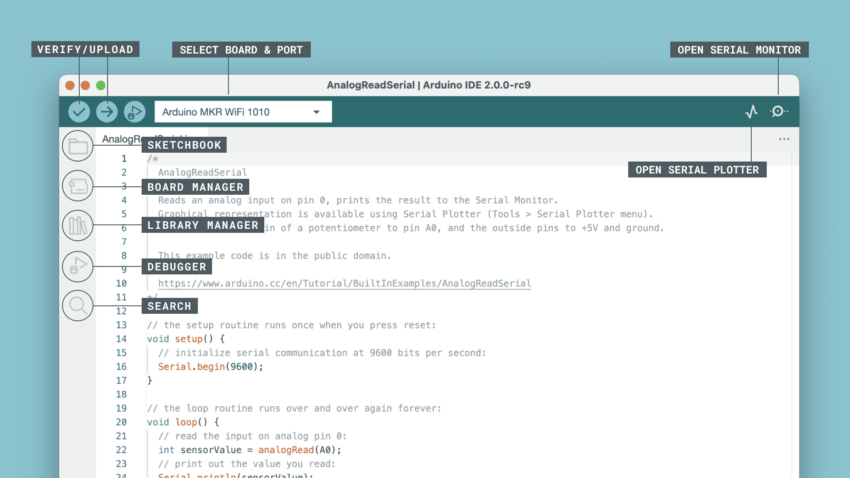 This blog article will take you through the various features of the Arduino 2.0 IDE.

Overall, this improved editor has a responsive interface that offers the programmer a better user interface. The compilation time has also been reworked to make it faster than its older counterpart. Another good thing about this new version is that it can update on its own without the need for manually downloading the more recent version and installing them. So hassle-free updates!

Might have been released for use and I’ve tried to use it with no success. I have a code file that goes through the compile phase fine but when I try to upload this file it fails. I can load a simple example sketch from the library and everything works fine for this so I know my settings are correct and communication is happening. I can see that part of the file which passed the compile test is trying to upload and as the file is 58xx lines of code and is pretty close to the max capacity of the 328, it gets to line 4326 and this is where the issues start, they go to line 4332 and from what I can see the rest of the file goes through Ok, but without those code lines in red in the output consul, the complete file is useless. I just don’t understand why the file is passing the compile but will not upload successfully and so far No One has been able to tell me why. It has something to do with intergers is all I can see.