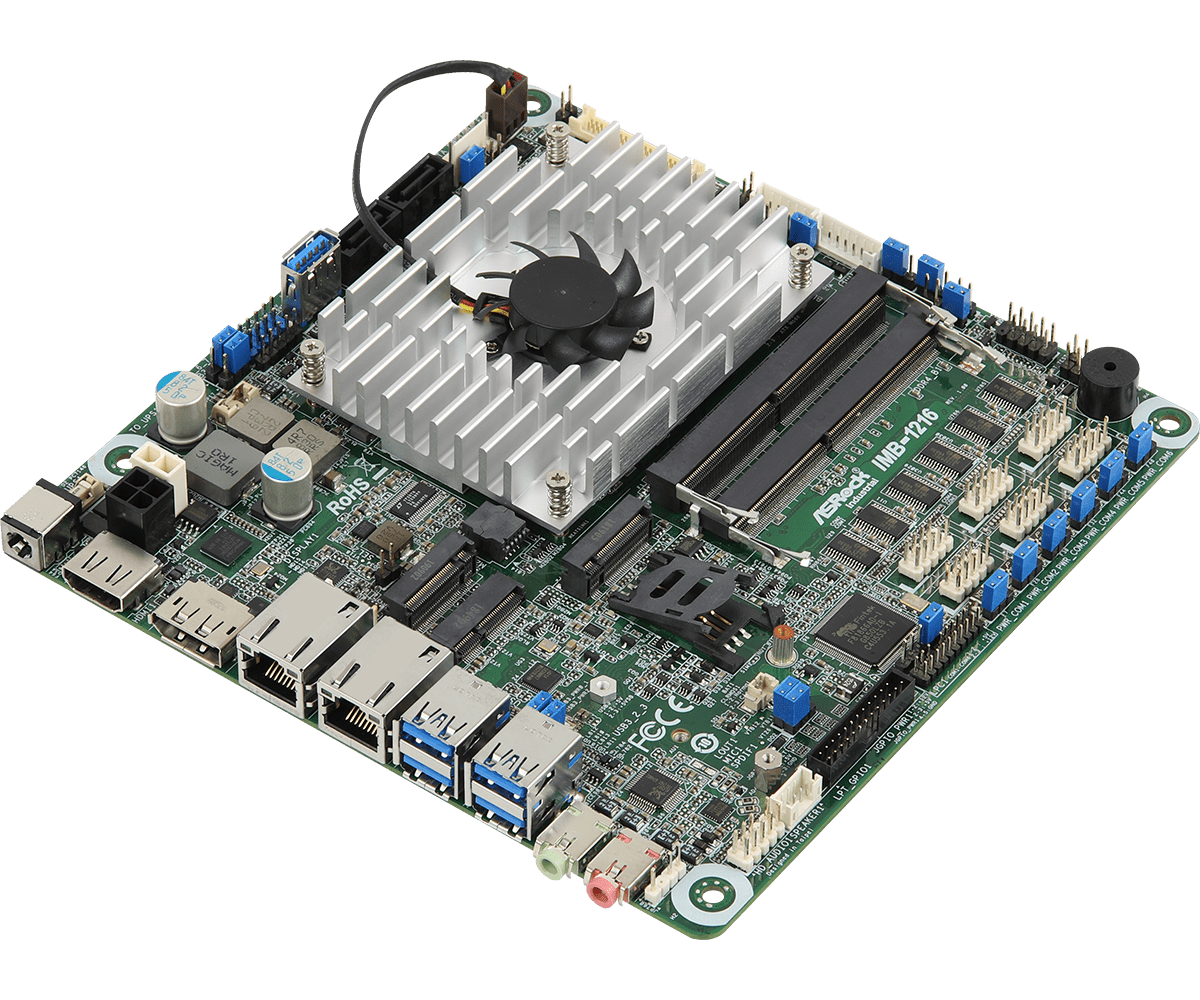 ASRock’s announcement mentions only Windows 10 support, but other sites list Linux support. The iBox-8365U runs Linux 2.6. The four products offer up to up to 32GB of dual-channel, 2400MHz DDR4, including ECC RAM. The IMB-1216 offers a 170 x 170mm Mini-ITX design with a low profile, with support for industrial applications with a semi-extended 0 to 60°C range and offers a choice of 12V or 19-28V DC inputs with an AT/ATX switch. The IMB-1216 is fitted with 2x Gigabit Ethernet ports (Intel and Realtek) and 2x SATA III ports, and also a SATA power output. It utilizes the Whiskey Lake support for USB 3.1, and offers 4x USB 3.1 host ports and a fifth internal 3.1 interface. Available also, are three USB 2.0 headers, with 2x RS232/422/485, 3x RS-232, and 8x GPIO interfaces. Its triple display feature is supported via 4K-ready HDMI and DP++ 1.2 ports and internal VGA and LVDS (or eDP) headers.