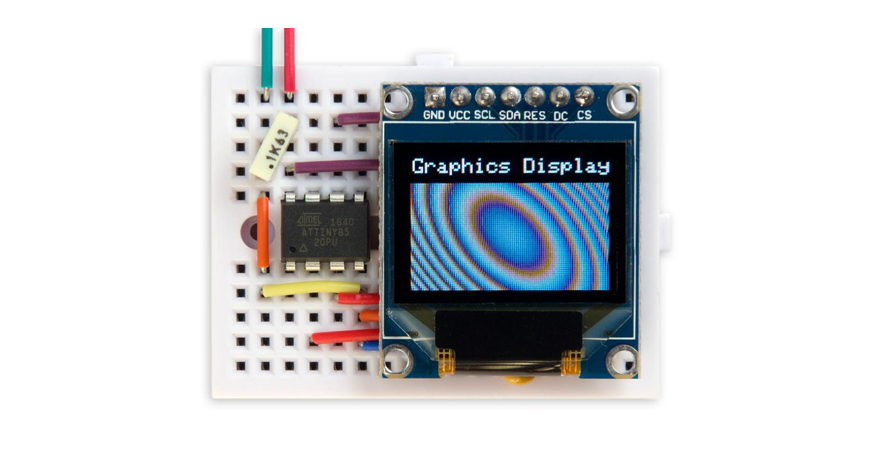 David Johnson-Davies published a new project. It is a library for SD1331 OLED display module that can even run on ATtiny85 mcu.

This is a small color graphics library for an SPI 96×64 colour OLED display based on an SD1331. It allows you to plot points, lines, filled and open rectangles, and text with small or large characters.

Unlike most other SPI OLED display libraries this one doesn’t require a memory buffer, allowing it to be run on any processor down to an ATtiny85. It also requires only three pins to drive the display, leaving two pins free on an ATtiny85 to interface to other devices, such as I2C sensors.