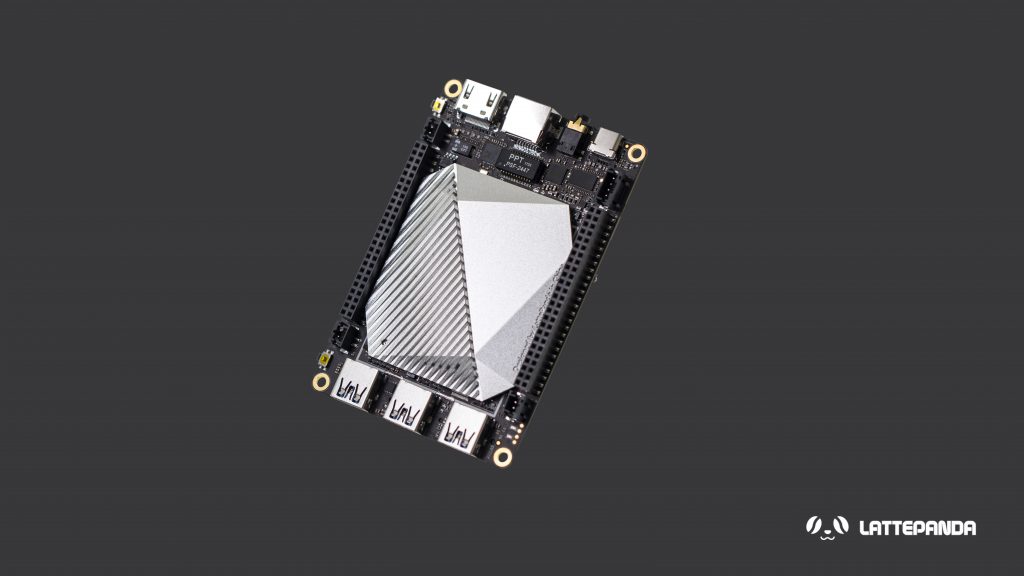 In Dec 2017, DFRobot’s LattePanda project approached Kickstarter to launch a community-backed LattePanda Alpha SBC with a 7th Gen Kaby Lake Intel Core m3-7Y30, and a closely identical LattePanda Delta with a Celeron N4100 from the “Gemini Lake” follow-on to Apollo Lake. Both boards were shipped late, the Alpha arrived late in 2018, and the Delta this spring. However, the Alpha relaunched for public sales in January, and the Delta is available now.  DFRobot has relaunched the Delta on DFRobot’s website for $188 barebones, offering support for Linux or Windows, or the $228 with Win 10 Pro preactivated. The two prices include 4G LPDDR4, 32GB eMMC with built-in 802.11ac WiFi, and Bluetooth 5.0.

The Alpha is available on DFRobot in two models, the 800s model with 8GB LPDDR3 and an 864s with 64GB eMMC. The 800s sell without OS for $379 and the 864s go for $409 barebones or $449 with Win 10 Pro preactivated. Reports from the LattePanda Alpha shopping page on April 24 show that because of continuous shortages of the 7th Gen dual-core Core M3-7y30 processor, they switched the 800s model to an 8th Gen Amber Lake-Y based Core m3-8100Y. DFRobot says that the dual-core, quad-thread processor runs at 1.1GHz/3.1GHz with a 5W TDP, and offers 30 percent higher performance. The LattePanda community backed project announced full Ubuntu support for the original Intel Atom Cherry Trail based Lattepanda in addition to the support for Windows 10. Additionally, Ubuntu support has also been added to the Alpha and Delta models.

The Gemini Lake LattePanda Delta ships with Intel’s quad-core Celeron N4100 clocked at 1.1GHz/2.4GHz with Intel UHD Graphics 600. The major difference between the Alpha and Delta is the different processors and memories (4GB/32GB for the Delta), but in other aspects, the boards appear to be identical. The Delta offers Alpha’s M.2 M-Key interface with NVMe, SATA, and PCIe support, but was swapped with a SATA-only B-key slot on the Kickstarter version of the Delta. Both models also enable an M.2 E-Key slot with PCIe x2, USB 2.0, I2C, and UART. Available also is dual simultaneous 4K display support via HDMI, eDP (with touch support), and a DisplayPort that runs over a shared USB Type-C port. They also enable three USB 3.0 host ports, a GbE port with Wake-on-LAN, and the WiFi-ac with BT 5.0 module. They also offer dual 50-pin GPIO connectors, with one which is an Arduino pinout for the included Arduino Leonardo compatible co-processor. They also feature an audio jack, a 12V input, a PMIC, an RTC, and a cooling fan. The cooling fan and power adapter serves as “free gifts.”

The LattePanda Delta is selling now for $188 for barebones, or $228 with Win 10 Pro preactivated. The LattePanda Alpha is also available in an 800s model (8GB RAM) without OS, and with an 8th Gen Amber Lake-Y Core m3-8100Y for $379. Available also is an 864s Alpha model with a 7th Gen Core M3-7y30, which adds 64GB eMMC and prices at $409 for barebones, or $449 with Win 10 Pro. More information can be found on DFRobot’s LattePanda Delta and LattePanda Alpha shopping pages.