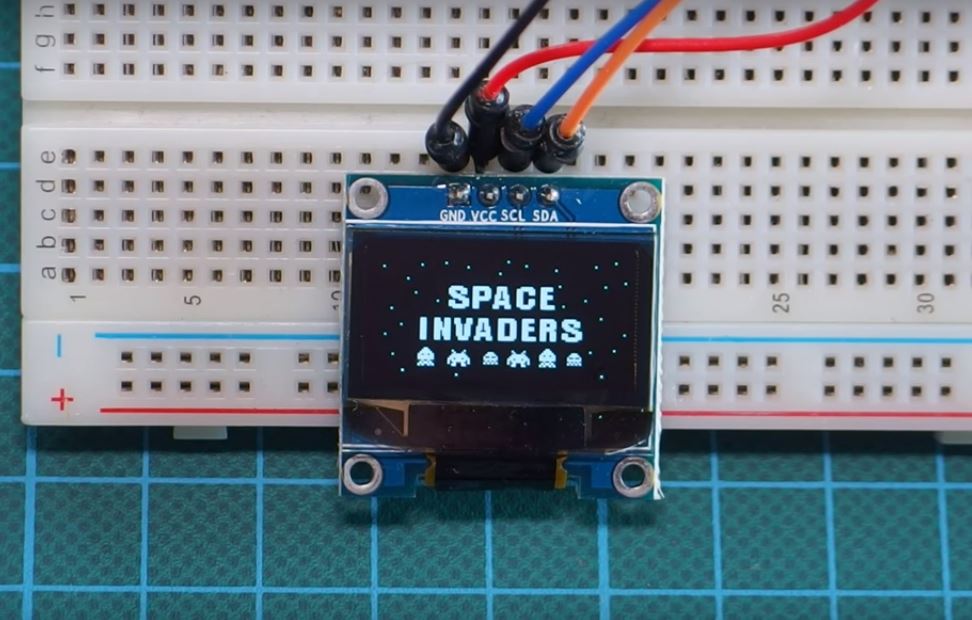 One thing we all always wish we could do when using any display is to load our own custom graphics, be it a logo, gif etc. In today’s tutorial we will show how to do just that on an OLED display using an Arduino.

OLED (organic light-emitting diode) display is a display based on light-emitting diode (LED) in which the emissive electroluminescent layer is a film of organic compound that emits light in response to an electric current. This layer of organic semiconductor is situated between two electrodes; typically, at least one of these electrodes is transparent. OLEDs are used to create digital displays in devices such as television screens, computer monitors, portable systems such as mobile phones, handheld game consoles, and PDAs. OLED displays do not require a backlight because they emit visible light and can thus, display deep black levels and be thinner and lighter than a liquid crystal display (LCD).