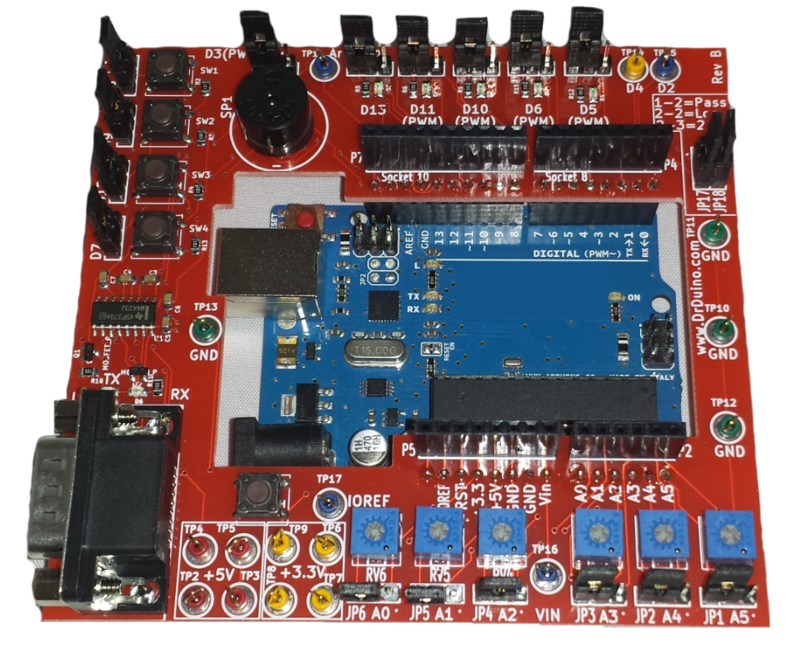 Definitely, Arduino has made it easy for anyone to learn electronics and programming of modern microcontrollers. Not only that, it had brought out a new era of creative makers, just by the single thought, Arduino makes it possible to bring your ideas to life within a fraction of time without costing you a lot.

The Arduino ecosystem has grown large with many tools, kits, resources available everywhere on the internet. For the total newbie, it is easy to get overwhelmed on where to start. Maybe starting reading through Instructables, Hackaday, or even through the Arduino Playground and our own Arduino Projects, you might still get overwhelming without proper guidance.

When starting to learn electronics, Arduino is usually the most suggested route to go. People will tend to advise newbies to go buy an Arduino kit to get started, I do recommend this as well, but the problem is what kit you should go for? There are hundreds of Arduino kits roaming around the internet covering different skillets from Beginners to Advanced users, but which one should you go for?

Dr.Duino Arduino Starter kit attempts to address one major concern of beginners – Frustration on building your Arduino circuits. When working on an electronics project, you will tend to make all your connections on a breadboard, using jumpers or wires to connect things. Depending on the level of connections needed, it is easy to run into a messy breadboard connection which in most cases don’t usually work after the first attempt, and then you will have to spend hours trying to fix the issue, only to realize it’s connected to wrong spot in the breadboard.

Dr.Duino kit solves this as it has all of the same components other kits have but one major difference! It’s pre-wired so you can focus on learning to code.

The kit comes with the following:

For advanced users – it comes with a special “re-route it technology”. Dr.Duino uses a unique but simple jumper structure to re-route the signal from the board above, out to the Dr.Duino itself. This feature allows you to isolate firmware from hardware bugs. Also, the Dr. Duino shield can work with other Arduino shields and boards.

Some other benefits include:

The Dr.Duino kit does require some simple soldering (through hole components only) which typically takes about 6-90 minutes. With its highly detailed instructions, this is one fun kit to build!

Where the Dr.Duino really shines is in its ability to help you isolate hardware from coding issues and also but acting as a simulator.

The Dr.Duino kit allows the user to to attach scope probes and other test equipment without resorting to shoving wires into the female sockets and/or attaching alligator clips which often times fall off.

As a simulator, since it has all of the most common circuits prebuilt into the shield itself, you can also use it to simulate sensors which you may not have on hand.

For example, maybe you need to write a piece of code which turns on a LED when someone gets too close to an object. But if you don’t have an ultra sonic sensor on hand what do you do?

Well just use the potentiomenter to feed in various voltage levels to simulate someone moving close or far away from the sensor. Once you have the correct value selected, just pop on your sensor and your off and running!

In conclusion, the Dr.Duino Starter kit for the Arduino Uno is jam packed with features you won’t find on any other Arduino kit out on the market today.

For a limited time you can purchase one for $49.00 as compared to the original $118 price. You can purchase the kit from the product page. More information is available on the sales page.