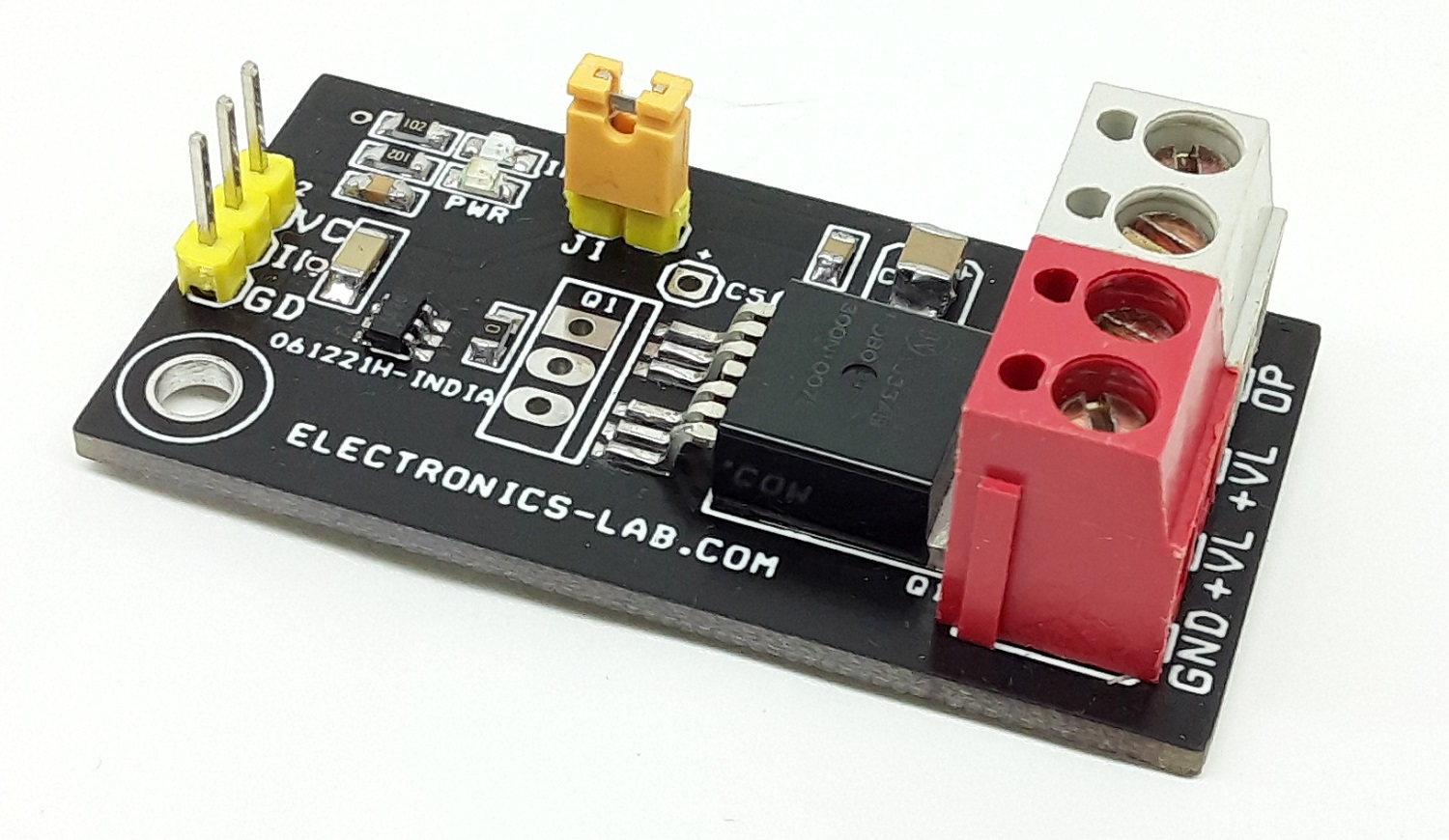 This power load switch project provides a simple and inexpensive method for power control. It is intended for driving a resistive or inductive load. A TTL logic signal from the system turns the load switch ON and OFF. The project consists of a low ohm N-Channel Power Trench MOSFET FDB0300N1007L and Gate driver MAX5048 chip.  The load can be controlled by applying a PWM signal or Logic input.

The MAX5048A is a high-speed MOSFET driver capable of sinking/sourcing 7.6A/1.3A peak currents. These devices take logic input signals and drive a large external MOSFET. The MAX5048A has noninverting inputs that give the user greater flexibility in controlling the MOSFET. They feature two separate outputs working in a complementary mode, offering flexibility in controlling both turn-on and turn-off switching speeds.