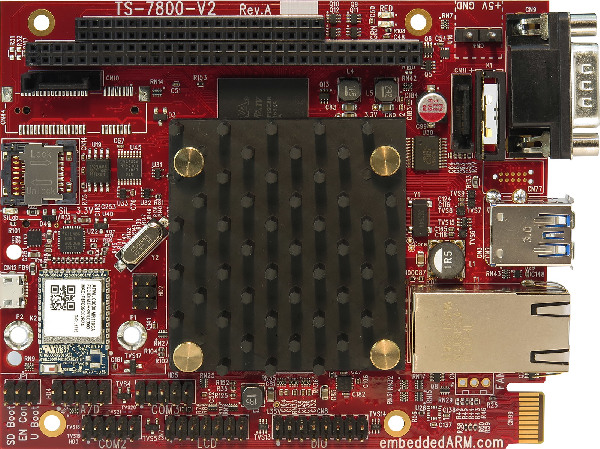 Back in 2007, Technologic Systems announced the TS-7800, a single-board computer (SBC) that was able to boot Linux 2.6 in under two seconds. At its core, The TS-7800 is equipped with a Marvel 500MHz ARM9 CPU and includes a user-programmable on-board FPGA (Field-Programmable Gate Array) with 12,000 LUTs (look-up tables). The TS-7800 was a powerful board at that point and a template for other SBCs to follow in the years to come.

March 2018, Technologic Systems announced their latest single board computer, the TS-7800-V2. The TS-7800-V2 is a significant upgrade of their 2017 debuted TS-7800 V1 SBC and replaced the core features of the TS-7800. Technologic has swapped out the old ARM9 based, 500MHz Marvel Orion 88F5182 processor for the faster Marvell 1.3GHz Armada 385 ARM Cortex A9 high-performance dual-core CPU. The Marvel Armada 385 is designed to provide extreme performance for applications which demand high reliability, fast bootup/startup, and consistent connectivity. 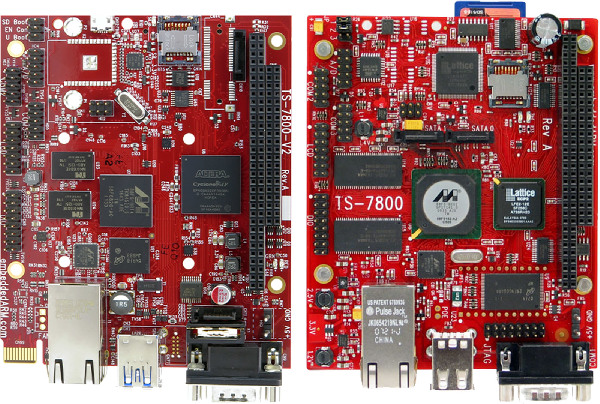 The TS-7800-V2 CPU, the Armada 385 can work up to 1.8GHz if one goes with the commercial temperature option instead of the default -40 to 85°C version. It also offers a faster companion FPGA at 20K LUTs as compared to the 12K LUT of the TS-7800. The TS-7800-V2 ships with 1GB RAM, 2GB to 64GB eMMC, and both SD and microSD slots. Additionally it offers a SATA interface, an option for increasing the device memory space and PC/104 expansion slot. The TS-7800-V2 is equipped with Gigabit Ethernet port for networking, dual USB host ports, a micro-USB console port, an RS232 port, a CAN header, accelerometer, watchdog, an onboard ADC, Real-time clock, DAC and other features.

The following are the device specifications: