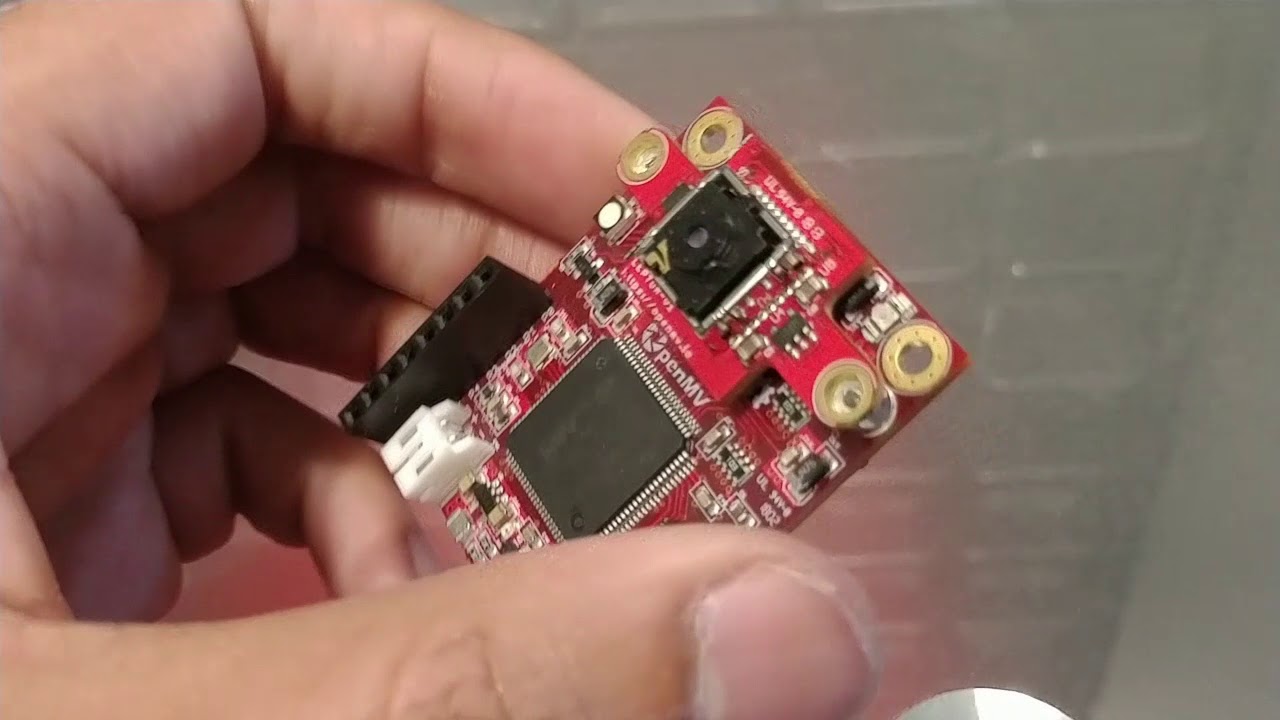 A new open source micro python powered machine vision camera called the openMV H7, is the new tool for developers and hobbyists looking to create machine vision projects. The new machine vision camera has been specifically designed for low power real time applications. The board is built around a 32-bit ST Microelectronics STM32H743 VI ARM Cortex-M7 processor, with 1Mb of RAM and 2MB of flash, running at 400 MHZ. The old M7 camera board could not run the machines learning algorithms, but the new H7 board which is a successor to the older M7 camera board can run the algorithms with ease.

OpenMV is providing two alternative image sensors, the Global Shutter Camera Module intended for “professional machine vision applications” and a FLIR Lepton Adapter Module for “thermal machine vision applications.” The global shutter camera module is based on the ON semiconductor MT9V034, a grayscale sensor capable of running at 80FPS in QVGA mode, 200 FPS in QQVGA mode, and up to 400 FPS in QQQVGA mode.

OpenMV is also working to support both the Panasonic AMG8833 Grid-Eye Thermal sensor and Melexis MLX90640 Thermal sensors with the same adapter module, which should give users access to thermal imaging support at a much lower price point, and without the restrictions of US exports control.

The new machine vision camera is available on kickstarter, with price ranging from $49 for a camera board, with the default pre-focused OV7725 camera module mounted, through to $99 for a board with a mounted OV7725 Module and an additional the MT9Vo34 camera Module included, all the way up to $329 for a board with a FLIR Lepton 3.5 camera Module included.

If all goes well, and the kickstarter campaign raises the required $50000 needed to make the jump from concept into production, the openMV H7 cam will start shipping by March 2019.

The OpenMV project is about creating low-cost, extensible, Python powered, machine vision modules and aims at becoming the – Arduino of Machine Vision.

The goal is to bring machine vision algorithms closer to makers and hobbyists. The difficult and time-consuming algorithm programming is done for you leaving more time for your creativity.