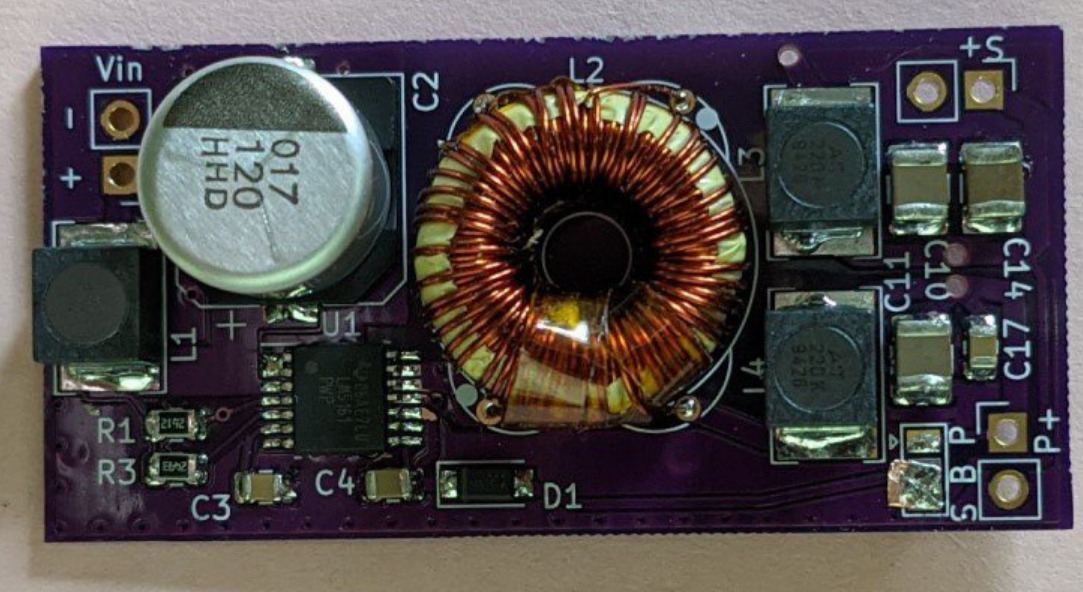 There’s great news for you if you are one of those looking for a DC-DC bias supply with small outputs that you can use for your projects. Brian Cornell, an electronic enthusiast with an interest in power management, has built a DC-DC bias power supply using Texas Instruments’ LM5xxx series IC.

“I often need a DC-DC bias supply for my projects that supplies a few outputs, typically 5V & 12V, only a few watts, and most often non-isolated. There are a lot of COTS [Commercial Off-The-Shelf] choices in this range with unit costs under $20.00 but I often find that they don’t meet some key spec,” writes Cornell as he talks about the motivation behind his project. “Most often it is the dual output requirement combined with a Vin range from ~10V ~ 25V. In the past, I’ve worked around this by going with a single 12V output followed by a 5V linear regulator. Not a big deal but it is more parts to source & place along with a bit more dissipation.”

Cornell oftentimes has kicked around the idea of designing one that has some configuration flexibility but this time he obviously did not want to spend the time since a 5W design can demand just as much time as a 500W.

“I found myself needing one for my solar charger and this time the itch got the better of me. I had one of TI’s LM5017 evaluation boards lying around and decided to give it a go.” 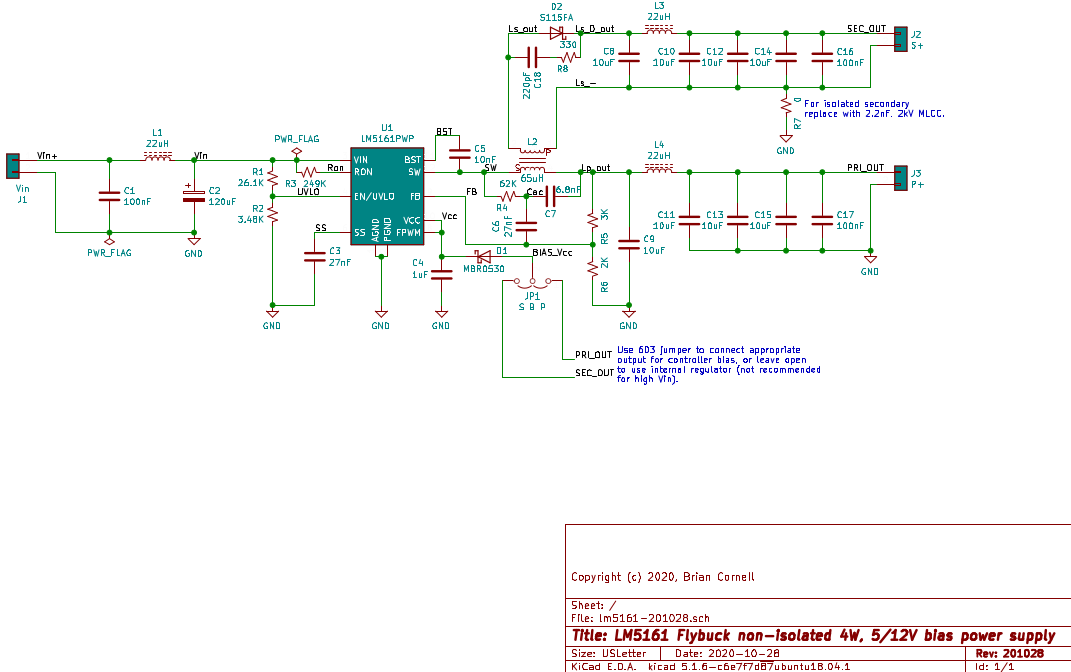 The LM50xx family of regulators is non-isolated buck regulators known for a number of incredible features including simplicity, low-cost wide Vin range, and output configuration flexibility. Cornell started by adding extra windings to obtain outputs at different voltages which could be tied to the primary ground or isolated. He then used a constant on-time PWM scheme to eliminate the traditional compensation network required to close the control loop. The artifact of the constant on-time control scheme however showed the control loop requires some ripple for stability (a contributing factor is the small output capacitance) so he went ahead to add a small LC filter to the output to solve this problem. 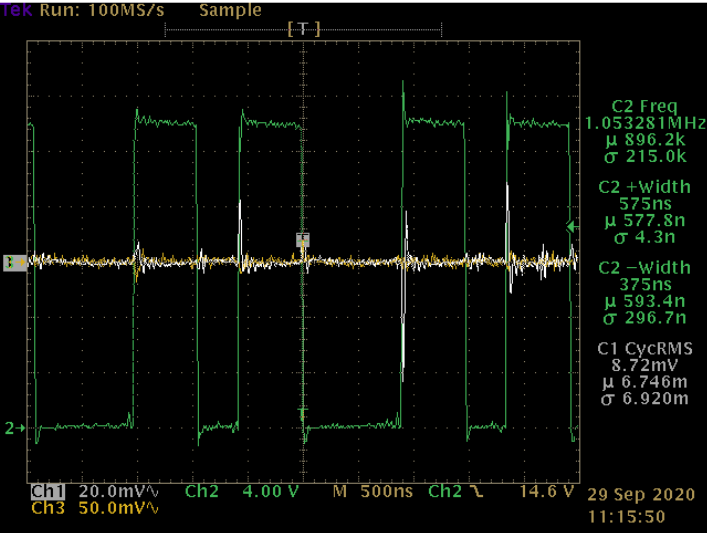 Cornell, however, noted that the LM5017 has a current limit of 600mA which would not be enough to handle the power required of both outputs, but one can use the LM5161 which is a higher power sibling of LM5017 that integrates more features.

Cornell has released the schematic and KiCad project files as well as supporting data for the board, but you may want to read the full details of the project before going ahead to build one for yourself. The design, inherent to the controller architecture, has a lot of “problems” including secondary regulation, conditional stability, and the current limit scheme used but “as long as these are understood,” he says, it can be used successfully.

Further details including file downloads can be found on his project page on Hackaday.io by Brian Cornell