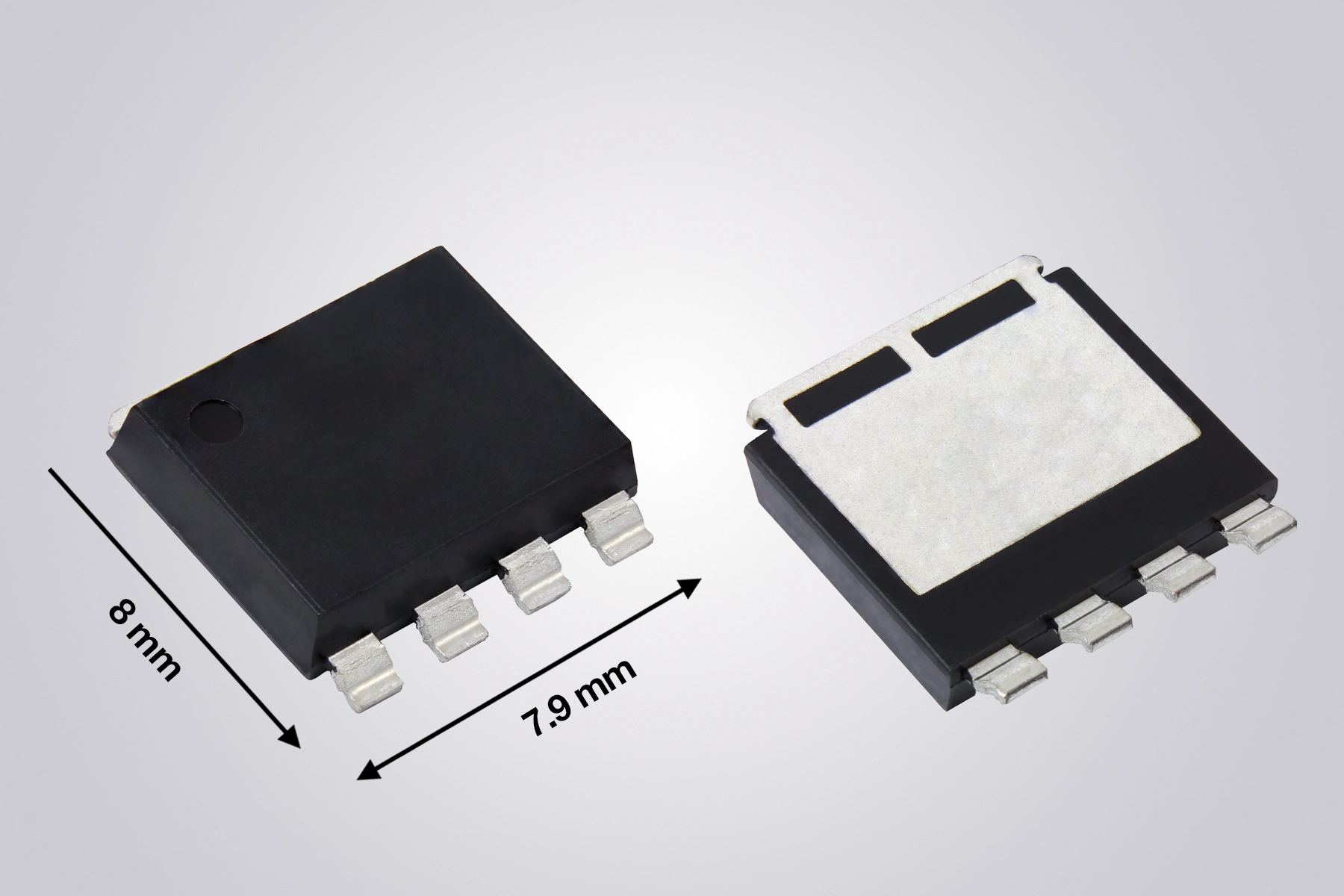 The ultra-low on-resistance of the SiJH600E and SiJH800E — 0.65 mΩ and 1.22 mΩ typical at 10 V, respectively — is 54% and 52% lower than same-generation devices in the PowerPAK SO-8, said Vishay. This results in energy savings by minimizing power losses due to conduction added the company.

For increased power density, the SiJH600E and SiJH800E deliver continuous drain current of 373 A and 288 A, respectively, in a package that is 60% smaller and 57% thinner than the D²PAK. Each MOSFET can be used in place of two PowerPAK SO-8 devices in parallel to save space, said Vishay.