Skip to content
HomeSBC-SiP-SoC-CoMPicoCore MX8MP Module features i.MX8M Plus CPU and ships with a Starterkit 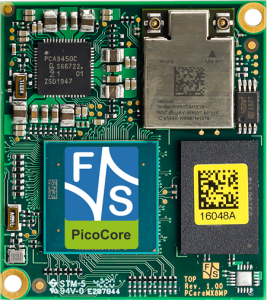 PicoCore MX8MP Module features i.MX8M Plus CPU and ships with a Starterkit

F&S Electronics recently made some announcements regarding three of its Linux-driven modules built around NXP’s i.MX8 processors: the i.MX8M Mini based PicoCore MX8MM module, the i.MX8X-based efus MX8X module, and the NXP’s i.MX8M Plus-based PicoCore MX8MP module, which we will focus on here.

The new PicoCore MX8MP module is a very small and reliable module (40 mm x 35 mm) with good multimedia functions. It is suitable for compact devices for machine learning, industrial IoT, and medical applications.

PicoCore MX8MP runs Linux on NXP’s NPU-equipped i.MX8M Plus CPU and is equipped with up to 8GB LPDDR4 and 32GB eMMC EEPROM. The i.MX8M Plus CPU combines low power high-performance computing with enhanced system security for edge node computing, advanced multimedia and machine learning applications. It is a multi-core application processor that features a dual or quad ARM® Cortex®-A53 core running @ up to 1.8GHz, a Cortex®-M7 core @ 800MHz, and a 2.3-TOPs NPU. It also supports 1920 x 1080 @ 60fps encoding and decoding, 2D/3D GPUs, 800MHz HiFi4 DSP and 2x ISPs for stereo vision.

You can order for the PicoCore MX8MP module directly from F&S Elektronik Systeme or from other dealers. The module ships with full Linux BSP with Builtdroot/Yocto installed and FreeRTOS for the Cortex-M78. 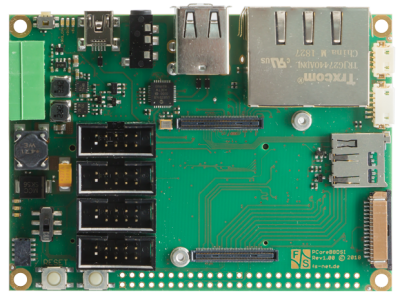 The Starterkit is currently available for pre-order at $436 with delivery scheduled for later this quarter.

Further details on both the module and the starter kit can be found in the following links: